I've read here on Aviation SE that the aerodynamics of winglets on an aircraft are easily described as "extending the airfoil". Thus, as I understand it, a winglet is like stretching the airfoil a few feet and "bending" it upward.

Now, this answer mentions the various types of winglets used in contemporary aircraft, but I'm not sure the B737-800s I've seen (such as the one in the below image) with double winglets perfectly matches any of those categories1. 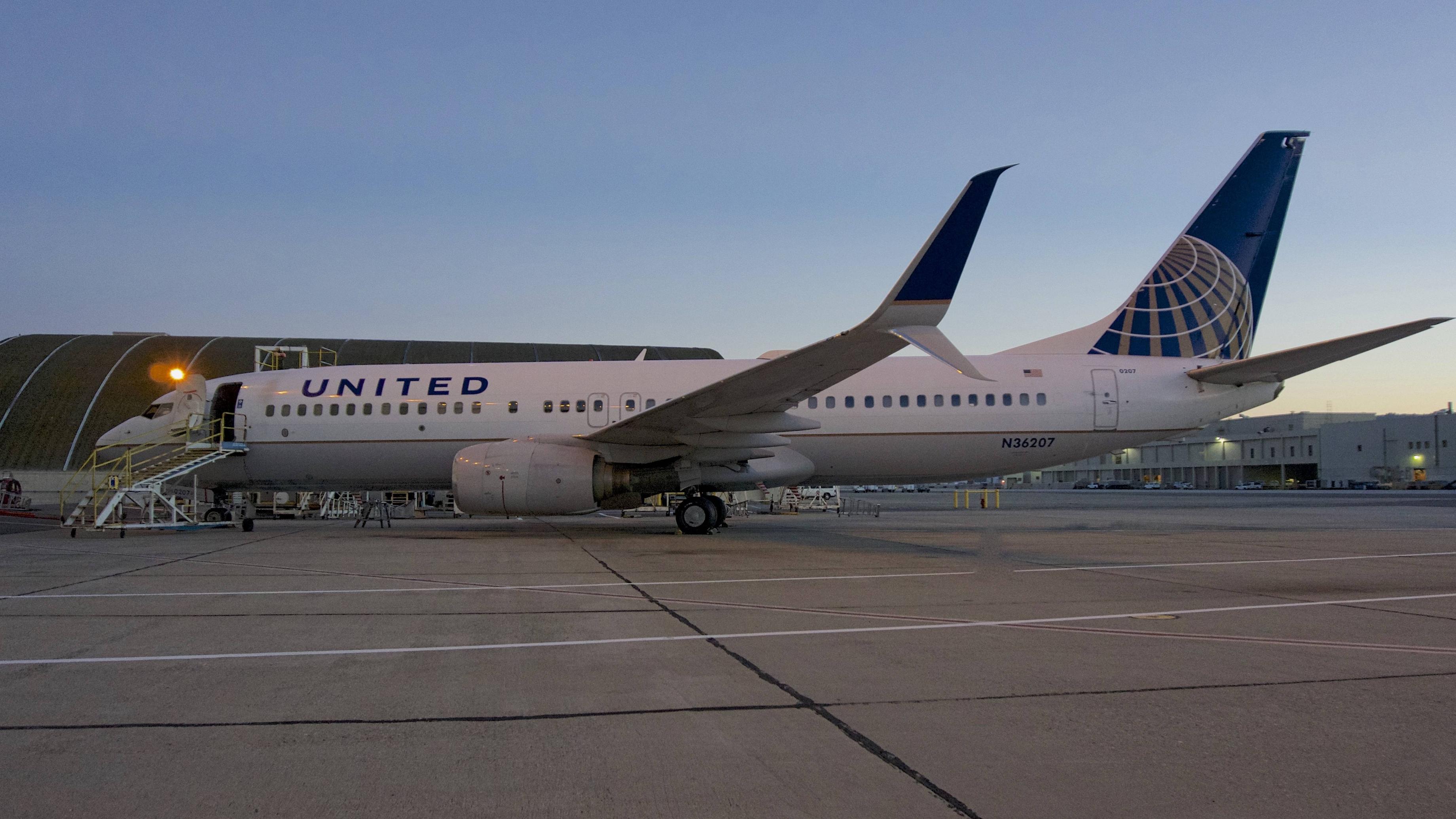 Thus, my question is: How can one best describe the aerodynamics (and benefits) of the second, downward-pointing winglet in the context of airfoil extension?

1 I claim that the 737-MAX's "split scimitar" as mentioned in fooot's answer is different than the aftermarket double winglet seen in the United (Continental) B737-824 in the image.

Winglets don't have some mysterious magical wing tip extending property. They don't add to the total lift of the wing (except to the extent they are canted).

The best way to conceptualize them is they extract energy from the tip flow and convert it to THRUST which can be deducted from the induced drag. They are little wings making lift (wing..let, see?), except the lift isn't up (unless they are canted, where there is a small vertical lift component). They work the way boat sails propel a boat forward and were originally called "tip sails".

The flow striking the winget on top is curling inboard toward the fuselage so that there is an outboard angle of attack at the winglet's leading edge that creates a lift vector (being 90 degrees to the local AOA) inboard and slightly forward.

The split scimitar doohicky just flips the effect over to take advantage of unexploited flow below and behind. The flow striking the winglet on the bottom is angling outboard, causing a lift vector to be applied outboard and slightly forward (again at 90 deg to the local AOA).

If you examine most winglets you will see that they aren't just fins that "block" the flow. They have an airfoil cross section because, as I said, they are wings making lift... just not up.

A reasonably complex question. What you see is call a Split Scimitar Winglet. Lots of references online – see Wingtip device on wikipedia. Simplest explanation: "Their intended effect is always to reduce an aircraft's drag by partial recovery of the tip vortex energy."

A better answer maybe that United believes that a cruise performance boost of 30-40% is worth the effort.

Thus, my question is: How can one best describe the aerodynamics (and benefits) of the second, downward-pointing winglet in the context of airfoil extension?

You can extend the wings many feet which reduces drag and also makes for a very ramp unfriendly airplane. Winglets make wings behave as if they where longer. Wingtip vortices are reduced with the one upward winglet the lower or downward scimitar tip reduces vortex loss even more.

Not the answer you're looking for? Browse other questions tagged aerodynamics airfoil winglets or ask your own question.

57
Is a winglet better than an equal span extension?
26
Is wingtip design mature?