How to calculate Reynolds number?

How do I calculate the Reynolds number of a wing with wing chord,1.2m and speed of 60km/h 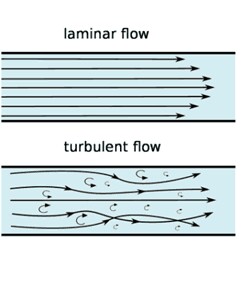 One way is to see what the following NASA links have to say about it and possibly using the calculator they have at the bottom of either page.

where $L$ is some characteristic length of the problem.

The Reynolds number expresses the ratio of inertial (resistant to change or motion) forces to viscous (heavy and gluey) forces.