Is this planned building in a runway approach legal?

A 50 story building is planned in Santa Clara, CA three miles from the SJC 12R runway end. Such a building is at least 500ft tall and many such buildings are 700ft or more, is this legal? Nothing around it is more than 100ft tall. Taller than 200ft qualifies it at least as an obstruction. 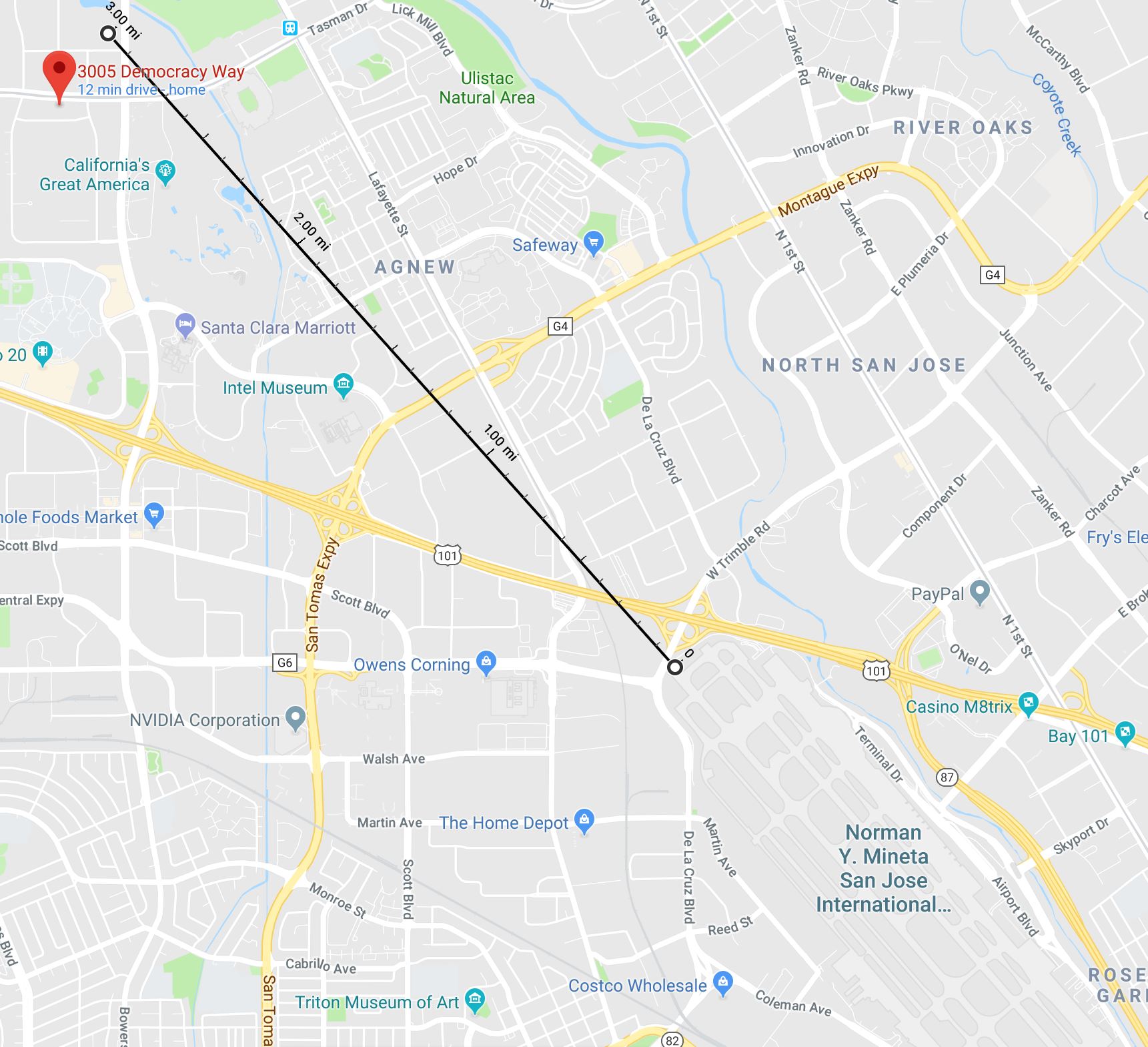 If it falls within the limits set out by FAA FAR Part 77 then its legal. You can find a nice breakdown of Part 77 here but you would need measurements more precise than what google maps is going to give you to be sure. Depending on the height the FAA may also require them to light the top of it. This is actually an interesting break down as the FAA is a federal organization and building approval generally comes down at the city/town/municipality level. If a building is approved for construction by a city one can assume it is legal to be built and that the city accounted for the FAA regulations. According to AC 150/5190-4A which quotes the Airport an Airway Improvement Act of 1982 it looks like its on the city to ensure that nothing gets in the approach path:

...Sec. 511 (a) SPONSORSHIP. As a condition precedent to approval of an airport development project contained in a project grant application submittted under this title, the Secretary shall receive assurances in writing, satisfactory to the Secretary that ... (4) the aerial approaches to the airport will be adequately cleared and protected by removing, lowering, relocating, marking, or lighting or mitigating existing airport hazards and by preventing the establishment or creation of future airport hazards; (5) appropriate action, including the adoption of zoning laws has been or will be taken, to the extent reasonable, to restrict the use of land adjacent to or in the immediate vicinity of the airport to activities and purposes compatible with normal airport operations, including landing and takeoff aircraft; ...."

In other words, the city needs to have zoning laws that keep the approach path clear. This is largely covered under the above linked Part 77 but generally speaking if the building has been approved its more than likely legal as per approved zoning laws.

A bit of a related story: you should not put it past people to build out of spite. A farmer once built a silo right off the end of Chatham Airport's runway to try and stifle traffic that he claimed was buzzing him while he was working. The silo is now gone and I cant find any info on what happened to it but this was also some time ago and I dont know what the regulations were when it happened.

And in some rare cases, if there is something in your way, an approach can be devised around it.

Surface width from center line at that point is 17k/50k*8k or 1000ft. The building looks to be 2500ft from runway centerline, so it is 1500ft from the precision approach surface edge. The side slope at that point is 7:1 for 1500ft or 214ft. Adding this to 375ft makes the allowable height about 590ft, so the building could fit below the limit for construction. It would have to be lighted as an obstruction. 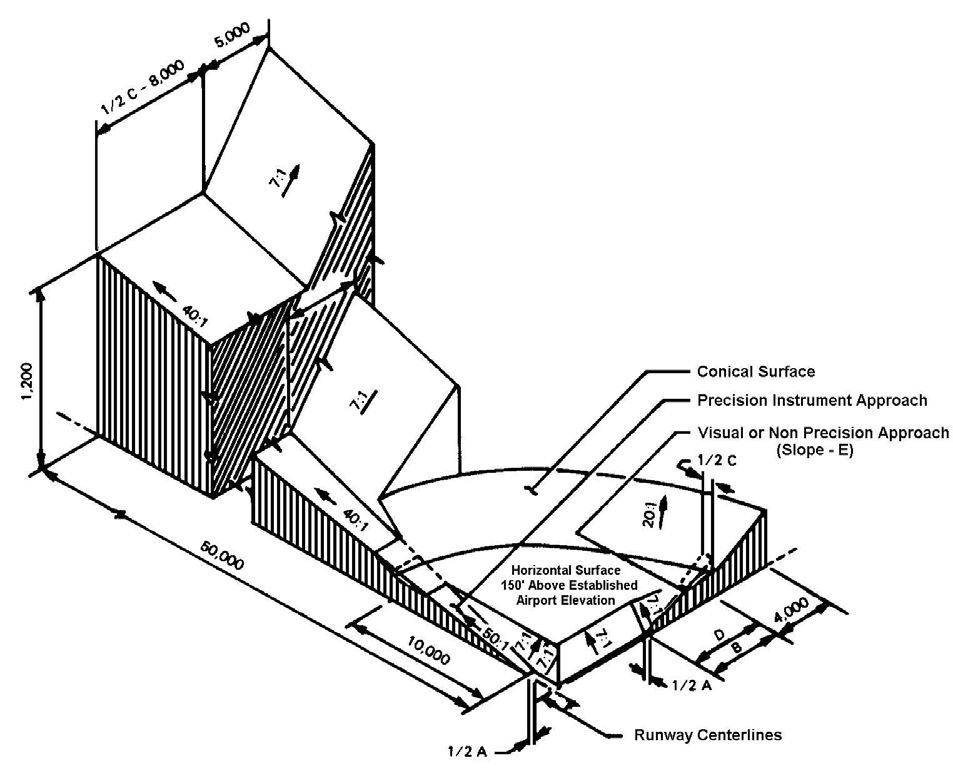 Standard climb rate is 200 feet/nautical mile. So 500 ft at 3 miles, = 2.6 nautical miles, could see some slow climbing aircraft passing pretty near by.

The airport should be taking steps to work with the city planning board or AOPA or something to prevent future outcries from the building occupants over planes passing near the tower.

Not the answer you're looking for? Browse other questions tagged faa-regulations safety or ask your own question.

39
Why do farmers register their fields as airports?
4
What restrictions are there to building a tower near a private airstrip?
3
Do Instrument Landing Systems restrict building heights and can these be overcome?

26
Is it legal to smoke in your own plane?
13
Is it legal to fly the localizer approach when cleared for the ILS?
13
Is it legal to drop/shoot paintballs from an airplane?
21
Is there a legal maximum altitude?
8
What runway alignment should I expect from a straight-in approach?
0
Is this legal for transportation in the US? (video in description)
3
Are there regulations on building homes at the end of a runway?
1
Is it legal to land when an airfield is reporting low IFR due to fog with a visual approach?
21
Is it legal to take off from the road?