What are those hatches on the engines of a B-2 that are open during takeoff?

I just watched this drool-inducing video of Northrop Grumman B-2 Spirit, And noticed that there are a couple of hatches near each engine, which were open:

I initially thought they were open for some sort of maintenance. But the video features a takeoff roll of the bomber (around 5:00 minute mark), and I again noticed that the hatches were open during the roll. However, they were retracted immediately after the aircraft left the ground (around 5:25 mark): 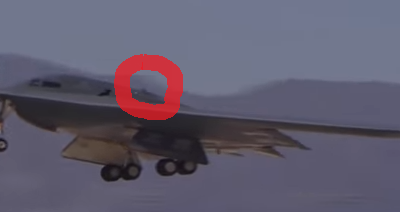 This makes me wonder if these hatches serve some special purpose. What are they, and why are they open during the takeoff roll?

Edit: Please don't say you don't see an aircraft, because the landing gear doors are down and radar signature is immense due to that. :)

These are secondary intake doors which allow more air to reach the engines. They are opened by the engine control computer when the main intakes are not providing enough air for the power setting of the engine. In order to minimize radar cross section, the engines of the B-2 are buried in the wings and the intake needs to be curved. Also, and for the same reason, the intake lips need to be sharp-edged. Both factors increase the drag of the intake flow and reduce the mass flow of air to the engines. Like on other low-RCS aircraft, secondary intake openings are needed to increase this mass flow.

In automatic mode they will close when the aircraft accelerates above Mach 0.4. Below 43F, they remain closed for taxi and are only opened for take-off. A take-off with closed doors is possible according to this thread, but needs a reduced power setting to 80% for the engines below 50 kt speed. 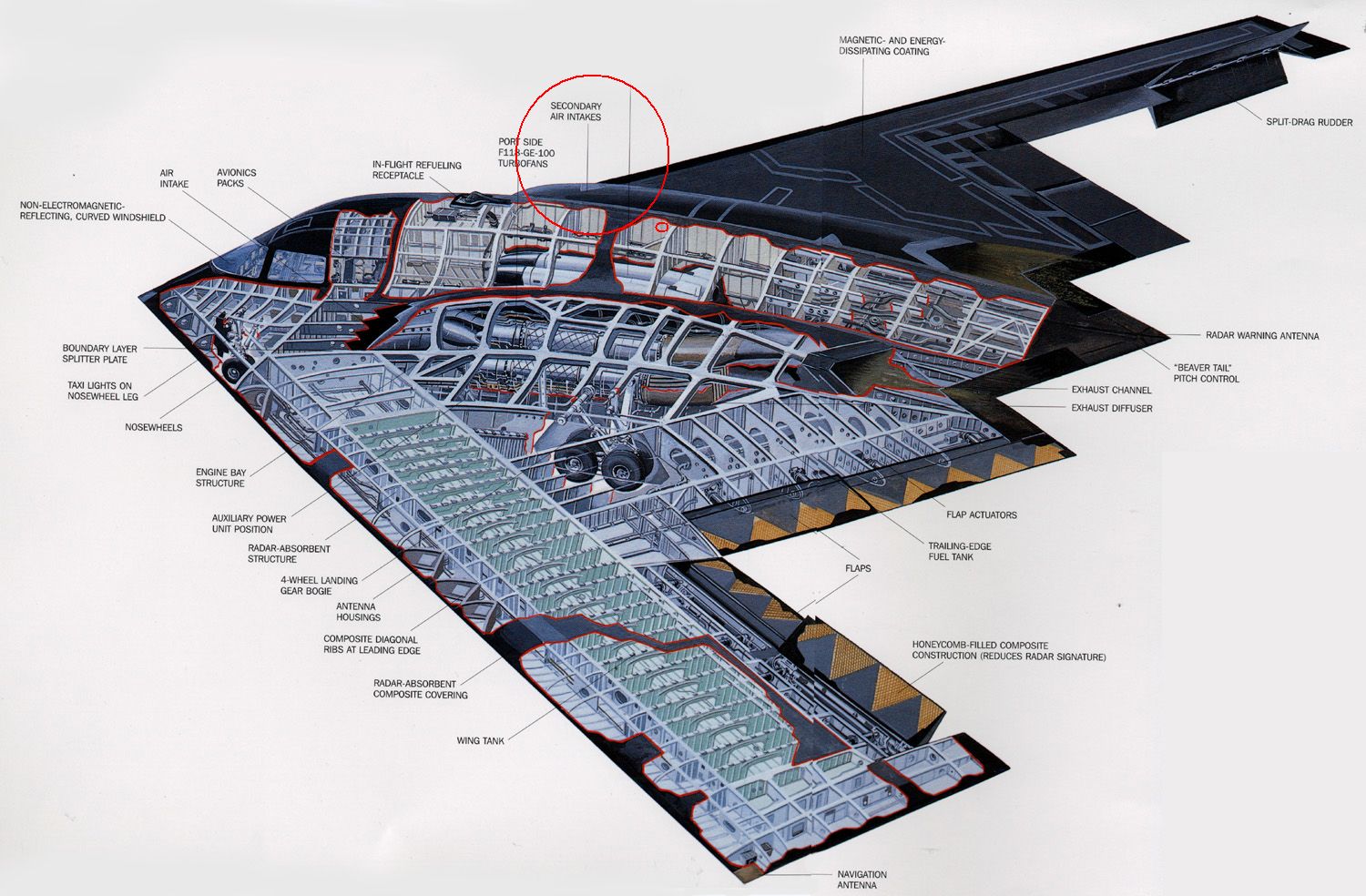 Not the answer you're looking for? Browse other questions tagged takeoff engine-design feature-identification b-2 or ask your own question.

16
What is the purpose of the inlet doors of the Pratt & Whitney JT3D?
9
Why do engine cowl lips appear larger and more blunt on the sides than on the top and bottom?
10
How does a long inlet affect a jet engine's performance?