Has this Google Maps imagery of 4 planes on a runway been tampered with? [closed]

It shows 4 planes on the runway and a fifth that's about to land. When you zoom in, all planes seem identical.

Has this image been tampered with or could there be an explanation for this? 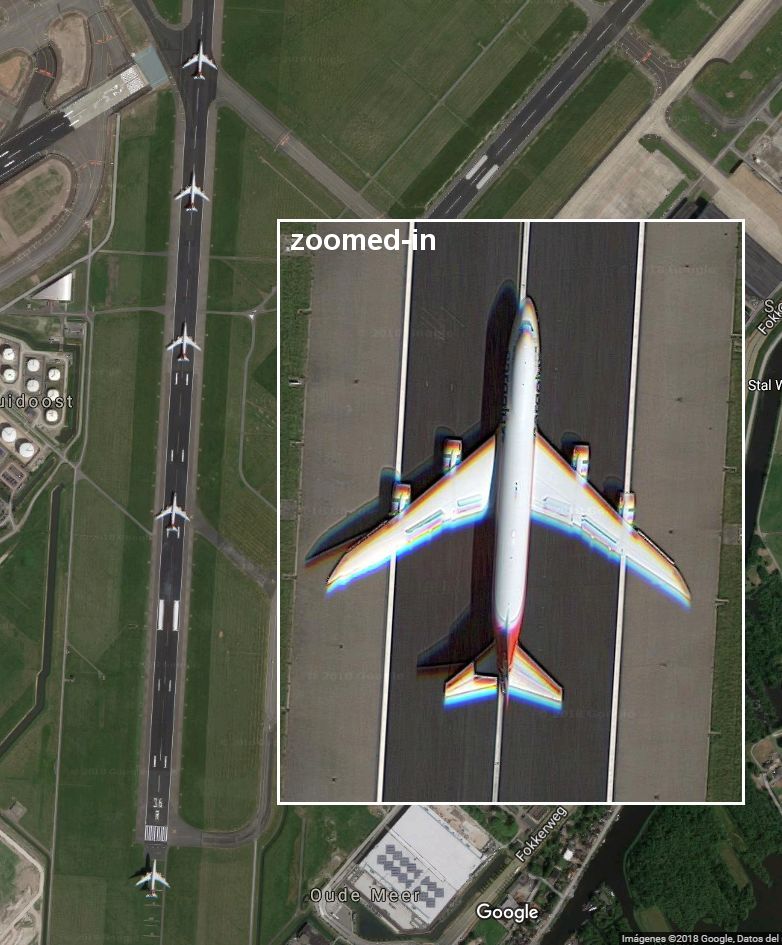 Google Maps and Google Earth are made by stitching together many different images to create the illusion of a single massive picture of the globe.

The image you are seeing was almost certainly made by an aerial photography plane passing overhead of another plane landing. In multiple snapshots, it captured the same plane on final, touching down, rolling out and stopping.

The images were assembled together to line up the ground and all static elements. But items that are moving appear multiple times in different images.

This is a common occurrence with airplanes on Google maps. Google overlays multiple scans taken seconds apart from satellite imagery to get the best image quality.

This works very well for stationary objects, such as buildings and land structures but results in multiple images of high speed objects, such as airplanes. Sometimes this effect is visible even with cars on a highway.

What looks like tampering is actually multiple exposures, plus cross-channel rolling shutter (the color fringes). If you measure the spacing of the aircraft images and the size of the fringes, you can infer that it's one aircraft slowing down after touchdown. You can even see the puffs of smoke that show the main gear touching down before the nose wheel. Here's a careful analysis.

0
How did this plane get into this position and orientation?

34
What happened during this foggy landing?
31
What is the proper procedure after a bird strike in a single engine plane during takeoff?
8
Was this Gulfstream way below the glideslope?
38
Why don't modern aircraft have landing gear that can swivel to compensate for crosswinds?
7
Is there a clear or particular pattern in the mistake-making that leads to a landing at the wrong airport?
6
Is it feasible to replace brakes on airplanes with electric motor/generator?
9
What would be the best alternative during a dead-stick approach?
3
Shouldn't there be ATIS/sign information on sloped up runways?