Can quadcopters save energy by flying in formation?

If two or more quadcopters are aligned, would the effect of drag due to the lead quadcopter's slipstream lead to measurable energy savings? And if so, how would one determine the optimal distance between the quadcopters?

Yes, drag can be reduced by formation flying. 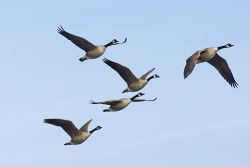 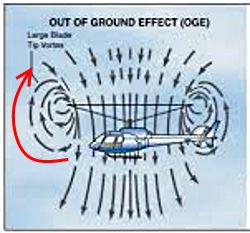 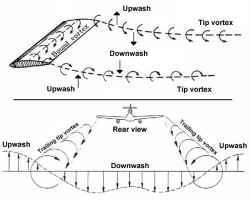 Any flying object (plane, bird, helicopter, etc) that creates a down-wash to create lift must also produce an opposite and equal up-wash. A trailing aircraft positioned properly can ride this "wave". 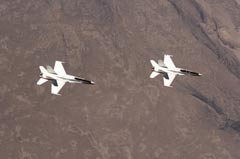 The goal of the Autonomous Formation Flight project was to demonstrate 10 percent fuel savings of the trailing aircraft. The project extended the symbiotic relationship of migrating formations of birds. In December 2001, an F/A-18 flying in the wingtip vortex behind another F/A-18 exhibited a 14-percent fuel savings. The project ended in late 2001

Body of the second quadcopter will experience less drag. Theoretically, energy savings are there for sure.

However: - Slipstream must not interfere with the second drone's propellers, because the stability of flight will be severely hindered. - Since you will want to keep the distance between the leading drone and the following drone as small as possible, additional measures must be taken to prevent collision.

Not the answer you're looking for? Browse other questions tagged drag quadcopter flying-in-formation fuel-consumption or ask your own question.