Why is the flight going north just to go south?

I am tracking my kid's flight from LAX to EWR. It seems like a pretty straight West to East kind of flight but the flight path has the plane moving somewhat north through Ohio and then angling back to the south 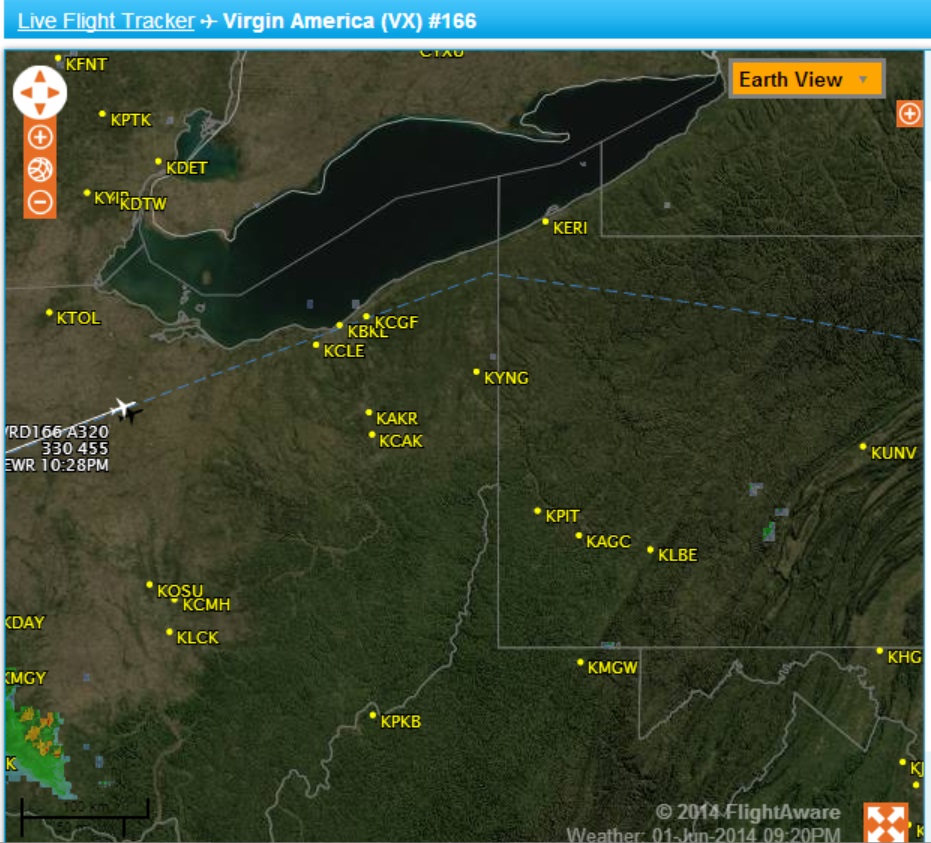 Aside from the storms causing an earlier re-routing, that jog north is to join the arrival into EWR. A common fix in NE Ohio on flight plans into EWR is the DJB VOR which is in Loarine county (I think, somewhat near Cleveland). and then routing over Slate Run and then Williamsport, PA on the way into Newark. If you are a jet coming from the west, this is literally the only way into EWR. The other two ways in are from the south joining somewhere on a line between Atlanta and Baltimore (which you can transition to from the west by going over Beckley, WV) or from the north coming in over Albany, NY. The primary reason for the strict routing starting at around the OH/PA border is the need for multiple arrival descents for both jets and turboprops into the various NY area airports (EWR, JFK, LGA, TEB, etc), the westbound departures out of NY center and the letters of agreement between Cleveland and NY centers to manage these traffic flows. 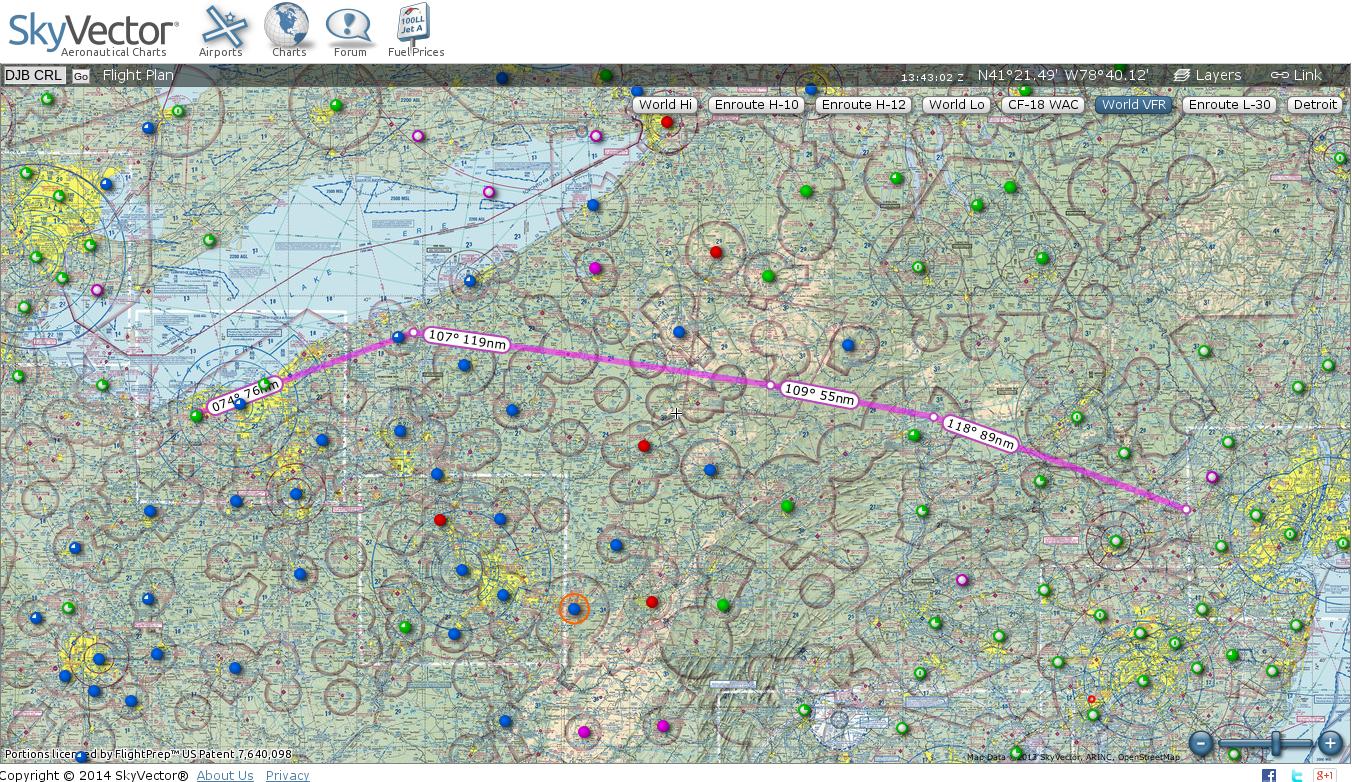 This represents a route of ..J29.DORET.J584.SLT.FQM3. This is not the exact route a LAX originating flight would normally get as they would end up a bit further north (going over Detroit instead of Cleveland), but they would still converge on J584.SLT.FQM3 (the portion east of the OH/PA border). No matter your position west of the OH/PA border, Cleveland center is going find a way to put you on J584 before you get very far into PA. This is why the flight couldn't just go direct to EWR and had to first fly north.

Part of the answer is that, as noted in waiwai933's comment, the earth is (roughly) a sphere, not a flat plane. This means that the shortest distance between two points is not a straight line on the map but what's called a great circle. To find this, you'd take a circle whose centre is the centre of the earth and which passes through the two points you're trying to connect. The shorter route along that circle is the great circle distance.

The intuitive reason for this is that the earth is "narrower" closer to the poles so you can gain a lot by flying towards the pole, using the "narrowness" and then flying away from the pole again. The "ideal" route from LAX to EWR is this (images from gcmap.com):

A much more pronounced version of this would be if your son was flying to Casablanca instead of Newark.

Although Los Angeles and Casablanca are at roughly the same latitude, the shortest route between them actually goes over Canada, over a thousand miles to the north of LA!

Actually, that flight was first routed South of its original flight path, in order to avoid a very large storm system in the mid-west. At that point, it still could not head straight to Newark, due to another storm system in Indiana.

They were originally flying a little more East, but then got routed a 'smidge' North, to avoid the system, most likely when the system didn't move as fast as they figured. As to why they kept heading North-East, instead of a more direct path from Indiana, I cannot tell.

If you (quickly) look at the flight on FlightAware.com, you can see the course corrections due to weather.

scratch the following, the TFR (temporary flight restriction) isn't until later this week.
Another factor for this flight, was that it looks like once they went North to avoid the weather in Indiana, when they came east of the weather, if they'd have gone straight towards Newark at that time, there is a NOTAM for a TFR in Western Pennsylvania. So they most likely were shunted farther North by ATC in order to avoid the TFR.

12
What is the correct traffic pattern at a towered airport?
7
What factors besides tail/headwinds cause the time taken to fly some routes to be different from the time it takes to return?
13
Why might a passenger jet fly at altitudes in a strong headwind when the winds are more favorable at a different altitude?
16
Do any flights go over the South Pole?
6
Why does my flightplan generator come up with a very non-direct route between these two airports?
6
What's the precise meaning of “landing south (north, east, west)” in STARs?
30
Why would a flight from Frankfurt to Madrid fly over London?
8
Reasons for significantly lower than normal approach
4
What regulations apply to a VFR flight from South Africa to Namibia?