I just ran into this meta-answer which includes this image: 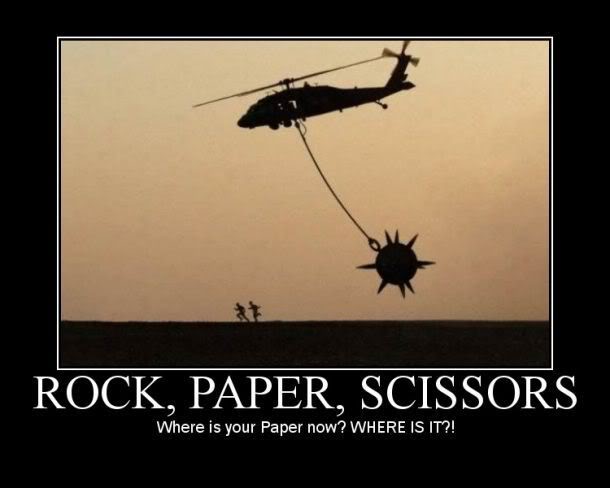 My initial guess is that the wrecking ball is far too heavy for the helicopter to lift, but I'd be interested in the numbers to see just by how much.

Close-voters: I asked this question on Aviation.SE because the key piece of information I was missing was the identification of the craft in the cartoon image. I think aircraft-identification is on-topic here.

Huge apologies to one and all, in my first version of this answer I mistyped 184 as 84, and then proceeded to do all my calculations based on that. This is the corrected version.

Also, huge thanks for all the up-votes and comments. I'm so glad it's not just me that is enjoying this question immensely.

The radius of the ball in the image is 21 pixels. The length of the fuselage is 184 pixels, which is 50' 7.5" (15.43m) according to widely available statistics. Hence, a pixel represents approximately 84mm

Incidentally, the people in the picture are also about 21 pixels tall, making them around 1.76m (5'9") tall.

This has now taken up about 3 hours of my time, which like all other hours up to now, are hours I'm never going to get back. However, it has been so much fun.

Following a suggestion from Jules in the comments, I've discovered Lithopore 75-150, which is a ridiculously low density foamed concrete. This could give us the magical solid sphere that we want, with sufficient strength to squish multiple personnel without significant damage to itself. At the 75 kg/m³ end of the range, we could possibly even have some spikes, and a non-negligible cable mass too.

The helicopter would be a UH60 Blackhawk. Max payload on a hook is 9000lb. At your mild steel density this is half a cubic meter, so the picture as you describe is impossible.

Of course the photo is absolutely real. I know a guy who knows a guy who says he met the guy in front!

3) Assume the wrecking ball is solid mild steel with a density of 7.85 g/cm3.

That's where you went wrong. The angle of the line and the drag equation allow us to determine the ball's mass, given a known velocity. The ball presents a frontal area of 11.6 m2, which at 80 m/s, a high estimate for the helicopter's speed with an external load, would create ~18 kN of drag. Call it 20 with the spikes.

This results in force on the hook of about 42 kN. So, the load is well within the UH-60's capabilities, and the ball's density at 240 m^3 volume is a mere 11.65 kg/m^3. Still quite an impact even with the kinds of foam available at these densities, though!

For a ball of solid steel (Fv~=20 MN) to deflect that much, the "helicopter" would have to be doing something in the range of 3,000 m/s, depending on the ball's exact Reynolds number.

Indeed helicopter/wrecking ball combo exists and do some useful job, check this video.

The film shows how the Norwegian Public Road Administration cleared a potential rockfall debris prior to establishing an additional rockfall barrier fence.

First they smash the cliff with a wrecking ball, then drop water over the same area using a water bucket.

If the ball is empty inside, it can probably be made even larger than the helicopter. ZMC-2 was a balloon made of metal, light enough to fly on its own. It even has some rudders that resemble the spikes of the pictured ball. It is probably possible to adjust the lift of the balloon slightly below its weight, so that a helicopter could "lift" it up.

ZMC-2 was made of Alclad, the aluminium alloy.

Even if the wrecking ball is within the payload capacity of the helicopter, a problem will remain.

The big issue with any sling loads is oscillation. A load that swings through an arc exerts a load on the helicopter that pulls the helicopter off the horizontal. If the swing angle is big enough, you'll lose enough lift to lose control and crash. So pilots are careful to keep the load in a stable position.

A wrecking ball is the antithesis of this: it only works when it's swinging. So instead of the 9000 lb quoted above for the maximum load, the ball has to be much lighter to make sure you can keep flying when the ball swings around.

As Therac discusses, the ball has a manageable mass. Now as to concern about speed, those calculations assume static forward flight, and it is likely this ball is being swung all around. That could account for the slack in the lines.

As far as stabilization, we can take a cue from the other people who control swinging loads from high above them: those who load/unload container ships, dropping the container right on the pins of the lower container or the haulaway truck or train. Their rule is simple: Always stay above the load. If you are at position X and it is at position Y, X - Y becomes new impulse to make it swing. You don't want to do that except to cancel out existing swing, and even then you have to be "in phase" (or to be more precise, not).

Of course in the wrecking ball business, you'd want to swing it. But it'd take careful management (especially post-strike!) to make sure the cable didn't jerk the helicopter in unexpected directions and cause an areodynamic upset, or throw debris at the helicopter. Even dust repeatedly getting into the turbine could be a problem.

Of course it's photoshopped, but I think this is meant to depict a mine, not a wrecking ball.

Per wikipedia, "Floating mines typically have a mass of around 200 kg, including 80 kg of explosives" - see https://en.wikipedia.org/wiki/Naval_mine. That's well within the carrying capacity of a Blackhawk.

The image is fake. There are no known slingloads for the UH-60 which correspond to the image shown.

Not the answer you're looking for? Browse other questions tagged helicopter aircraft-identification payload or ask your own question.