Why does the CF6 have a lower bypass ratio than the TF39?

The General Electric TF39, which powered the original C-5 Galaxy, was the very first high-bypass turbofan brought into mass production, with a previously unheard-of 8:1 bypass ratio. Yet, when it came time to make a civilian version of the TF39 (what would become known as the General Electric CF6), GE cranked the bypass ratio back to under 6:1 for the lowest-thrust version, and to 5.31:1 or lower for the beefier CF6s.

Why did GE decrease the bypass ratio of their engine, rather than increasing it further?

turbofan engine-design bypass-ratio
Share
Improve this question
asked May 21, 2018 at 19:22

Increasing the bypass actually decreases the thrust. A good example is the CFM56-5B variant (sortable table on Wikipedia). The reason is easy to grasp, the more air bypasses the core, the lower the core's power.

The next question would be how did the TF39 achieve higher bpr and thrust? Through an extra half-fan and extra turbine stage. It will make sense by viewing the cross section drawing and front view below: 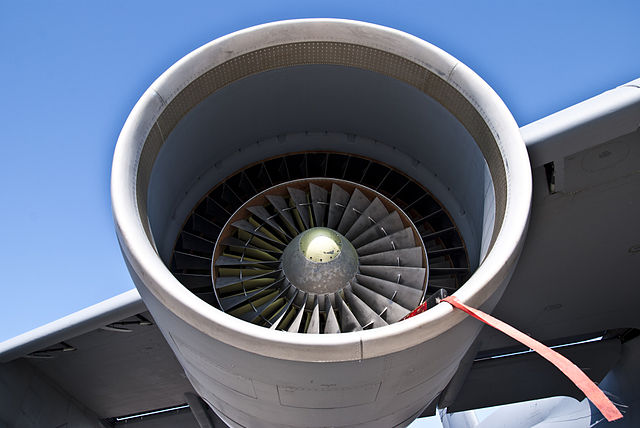 Other reasons include the airlines' desire to have one fan with easy access, and fewer parts to deal with. Flight summarized it in 1969 as follows:

General Electric CF6 in -6 form at 40,000 lb thrust for take-oft was the engine specified by American Airlines and United Air Lines in their launching orders for the DC-10-10. Whereas the TF39 has a large two-stage front fan assembly the CF6-6 has an entirely new single-stage fan with a small single-stage booster fan. The change brings down the by-pass ratio from 8.0 to 6.2 and permits the deletion of a stage from the compressor; take-off thrust is reduced from 41,000 lb (TF39) to 39,400 lb (CF6-6) but the cruise thrust/s.f.c. characteristics are improved at higher Mach. Other changes include fan blade containment built-in to the casing; substitution of a gearbox to suit airline requirements; control system adapted to airline practice (idle and reverse added); increased accessibility of fan and gearbox; external piping; and a review of all materials for increased life.

The beefier CF6 you mention -- the CF6-50 -- again increased the airflow reaching the core (which reduces the bypass air) by adding booster stages behind the fan. This is how to get higher thrust with minimal changes. 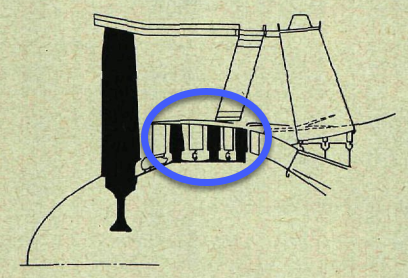 31
What material is used to make the hot sections of jet engines?
6
How does the CFM LEAP-1B engine achieve the same efficiency as the LEAP-1A despite its lower bypass ratio?

19
Why do military turbofan engines use a low bypass ratio?
12
Why is the bypass ratio of a turboprop higher than turbofan?
7
Is it possible to have an afterburner in a turbofan with bypass ratio greater than 1:1?
4
Did Boeing or Lockheed ever seriously consider releasing a widebody airliner powered by low-bypass engines?
4
Does the P&W F100 turbofan engine of the F-16 really produce this much power?
6
How does the CFM LEAP-1B engine achieve the same efficiency as the LEAP-1A despite its lower bypass ratio?
3
Why was a CFM56 conversion never offered for the short-body DC-8s?
2
What mechanism did the turbine reversers of early high-bypass turbofans use?
2
Why is the thrust-specific fuel consumption much worse for high bypass turbofans at cruise?