What is this fighter jet seen at Centennial Airport?

This is my first post here! yay! Today I ate at the awesome "Perfect Landing" restaurant at Centennial Airport. My dad said he thought they were FA-18s but I honestly have no idea. It was awesome because we saw the pilots through the window of the flight crew lounge in their military suits. We also saw them go out with some little kids and their families to show them the jets while they were being inspected before takeoff. Really cool to see. 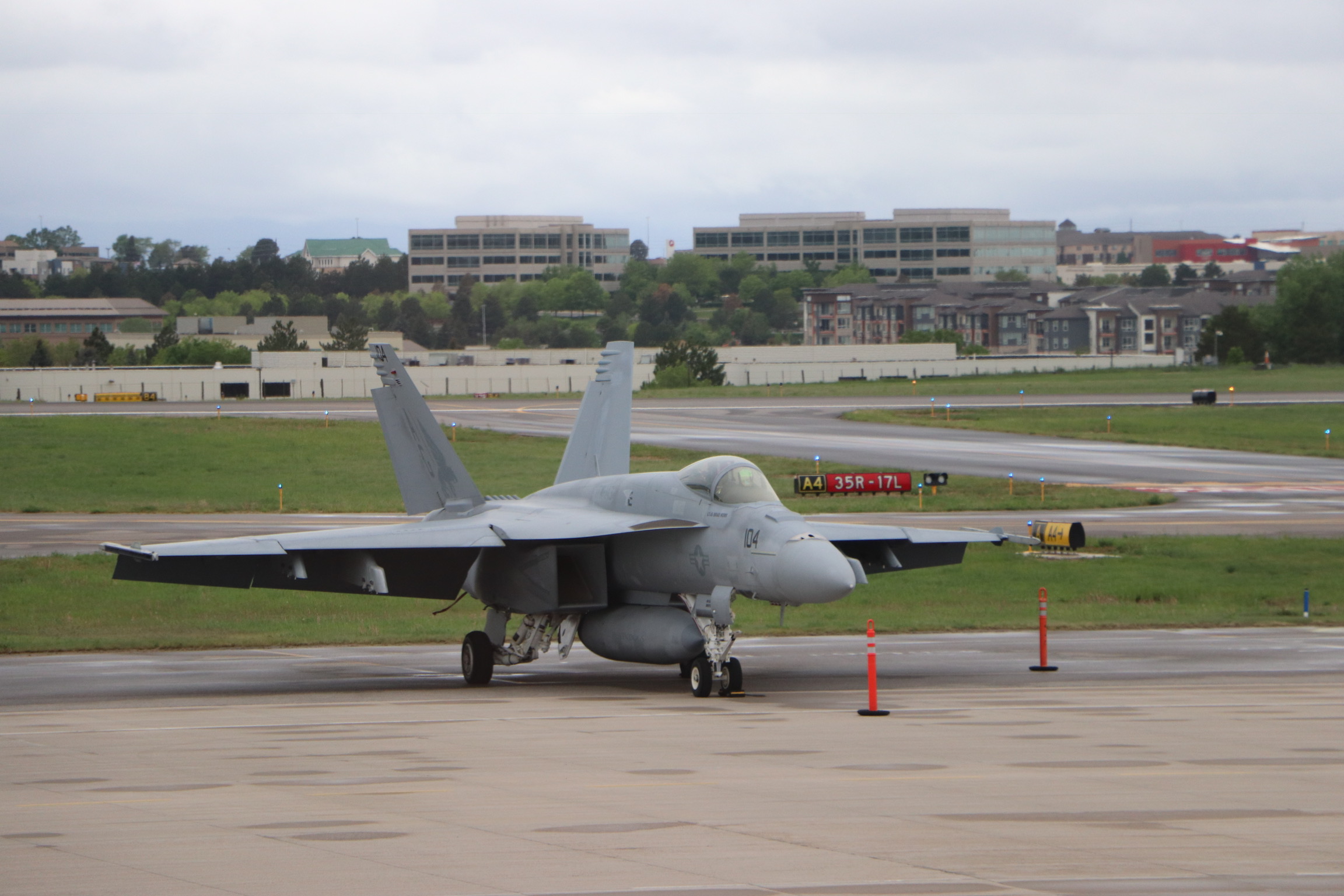 military aircraft-identification
Share
Improve this question
edited May 20 '18 at 1:15