What is this closed cabin / open cockpit biplane from the 1910s?

This photo was taken when Lieutenant Marix RNAS visited his old school, Radley College in Oxfordshire on 30 May 1914. Marix was awarded in October 1914 the DSO for bombing the Zeppelin sheds in Dusseldorf which was the first successful bombing raid of the war.

Is there anyway of identifying the aircraft? Perhaps from the registration number 104 shown on the aircraft tail fin? 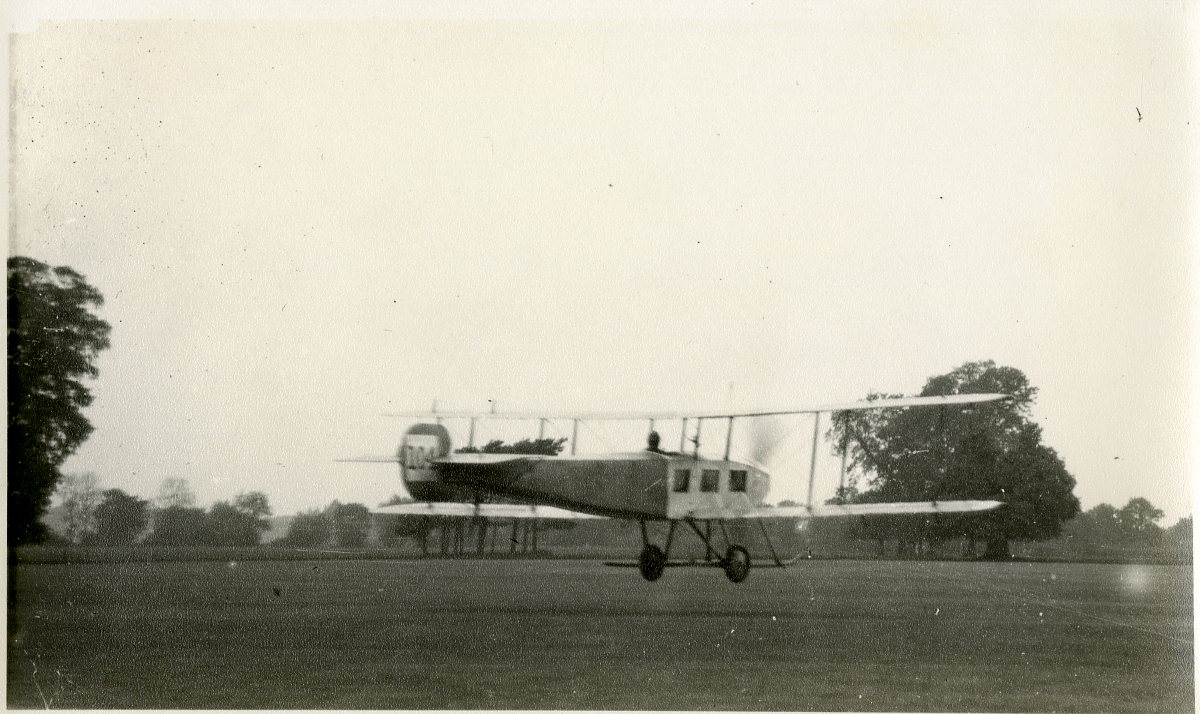 No.104 appears to be one of the first Sopwith aircraft produced for the Royal Navel Air Service (RNAS). The RNAS received at least three examples (No.33, No.103, No.104) one of them being the original prototype, known as the Hybrid that was later rebuilt and delivered to the RNAS. The Hybrid was made from combining the fuselage and tail of a Coventry Ordnance Works biplane and the wings of a Wright Biplane, the Type D retained the wing warping method of lateral control used in the Wright biplane until fitted ailerons after entry into service. Wikipedia

Comments about No.104 found in the Kingstone Aviation page for 1914: (All bold formatting added by me)

The Daily Telegraph leader sums it all up. “These aircraft represent an extension of our sea power; they are the scouts of the future. A fleet of battleships unattended by aerial craft will be blind. Cruisers even if able to steam at 30 knots will be inadequate. Their range of vision is limited; their rate of steaming is insufficient. The seaplane on the other hand is the fastest and handiest ship ever contrived by the ingenuity of man – with a speed of 70 miles an hour and a capacity for manoeuvring which defies competition. In two years the rate of flight has doubled and no one can say that the limit has been reached. A fleet without aerial squadrons will be robbed of the essential intelligence which is the talisman of victory – the foundation of successful naval tactics. As we are forced to develop our sea fleet, no effort must be spared to build up the complementary air service.”

It is no surprise then that the RNAS are upgrading their older wing-warping landplanes by placing orders with Sopwith for sets of ailerons for “Type D” biplanes No.33 and No.104 at a cost of £198.10.0d a set.

On 25th July 1914 Sopwith get an order from the Admiralty to repair “Type D” No.103 and retro-fit with the ailerons recently ordered for No.104.

On 2nd August 1914, reflecting the deteriorating situation in Europe, the Order of Battle is issued by the Royal Naval Air Service. The RNAS now owns 95 aircraft:- “57 seaplanes, 34 aeroplanes and 4 monoplanes”. Only 46 of these are considered operational and assigned to the nine Naval Air Stations. Only 3 of the 15 aircraft supplied to the Admiralty by Sopwith over the last 19 months appear amongst those 46 - “Type D” No.104 at Eastchurch, “Anzani Pusher Floatplane” No.123 at Grain Island and their original Bat Boat No.38 at Felixstowe.

Comments about No.104 found in the Kingstone Aviation page for 1915:

On 11th January the Sopwith “Type D” No.104 which has been at Eastchurch since early September suffers a failure of its 80hp Gnome engine. Flt. Lt. I.G.V.Fowler manages a forced landing on mud flats by the River Blackwater but this ends the 17 month career of one of the earliest Sopwith machines still in naval service.

There is news that on 20th January long-serving Sopwith “D1 Three-Seater” No.103 crashed on landing at Eastbourne but is probably repairable, unlike sister-ship No.104 nine days before. 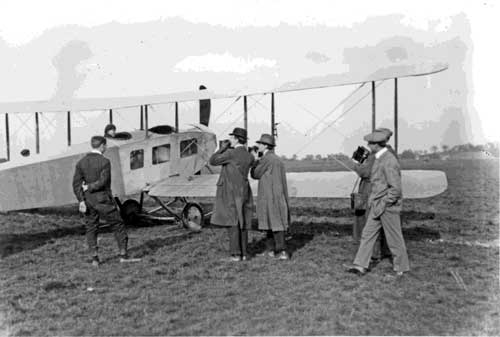