Does airspeed affect the critical angle of attack on an airfoil?

Yes, through the Reynolds number

The Reynolds Number is a function of airspeed and is used to predict the transition from laminar to turbuluent flow:

The critical angle of attack is affected by the separation of the boundary layer, which, in turn, depends on the laminar or turbulent qualities of said layer.

Do note that the Reynolds number of the layer is not the same as the Reynolds of the wing, although they are related.

EDIT: to visualize the efect, see for example the following graph (thanks @MikeY) 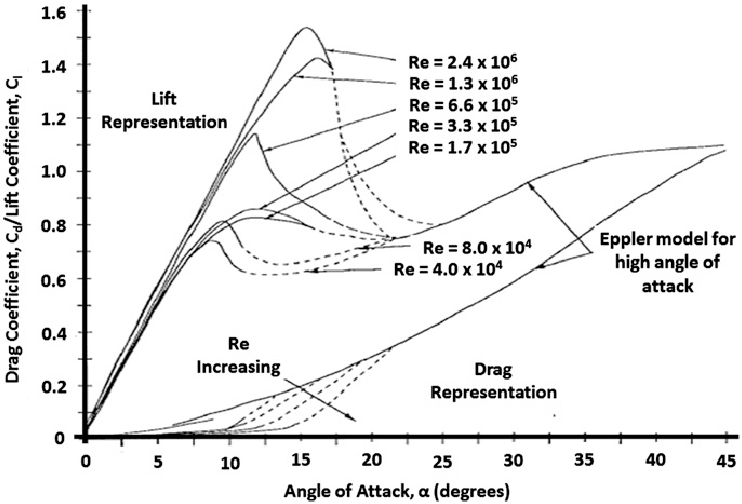 Quite a bit of experimental work on low airspeed performance was done by Selig et al. at the UIUC, and their website maintains a significant catalogue of airfoil datapoints.

Another resource worth checking is Airfoiltools, which provides graphed Xfoil polars for an extensive seleciton of airfoils. Do keep in mind Xfoil´s prediction of flow separation points is numerical and therefore may not converge with reality at all points.

From a pilot’s perspective, no. Stalling will occur at critical AoA at any airspeed or altitude.

Planes fly because of Lift being equal or greater than weight. Lift is the result of this formula:

CL varies directly with AOA. The more AoA, the more CL... until the point where the boundary layer separates, and no Lift is generated. At that point the maximum CL, or CLmax is attained. The relationship between AoA and CL is obtained empirically for each aerodynamic surface. 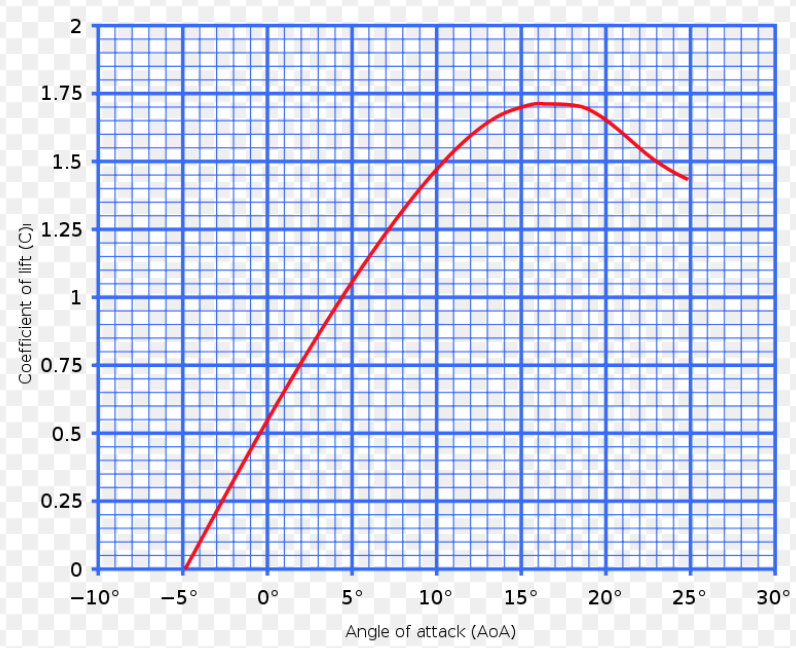 The more amount of airspeed, the more Lift.

And the more AoA, more Cl, and therefore, more Lift.

But beyond the critical angle of attack, regardless of the airspeed, you stall.

You may think that you can go beyond the AoA and still be flying and climbing, but that is going to be a product of the thrust, that, with the acceleration is going to modify the direction of the relative wind. Remember that the AoA is measured against the relative wind, so when you apply thrust, you are modifying the "point of view" of your angle.

Regarding density, or altitude, you have to consider the difference between the True Airspeed (TAS) and the Indicated Airspeed (IAS). With a same IAS, at a higher altitude you are getting more TAS. This is because IAS is a function of the dynamic pressure (q), that depends on the density (ρ):

As you see from the equation, if you lower ρ, or increase altitude and still keep your IAS, you will be obtaining more v (airspeed generating the same amount of Lift).

But CL is not depending on density, and the CLmax is obtained at the same angle of attack at different altitudes.

Not the answer you're looking for? Browse other questions tagged airspeed stall angle-of-attack density-altitude or ask your own question.

2
What is the relation between the Lift Coefficient and the Angle of Attack?
28
Does a sudden drop of the velocity of the headwind affect the airspeed by lowering it?
5
Is it possible to maintain horizontal flight with the angle of attack above critical value by increasing speed?
6
Why are the positions of an aircraft's angle-of-attack vanes dependent on airspeed?
5
What's the theoretical background of the critical angle of attack?
3
Why does a higher load factor increase stall speed?
5
Is a wingtip vortex strongest at the critical angle of attack?
5
Why angle of attack is always shown against the relative wind parallel to horizon?
2
What's the relationship between AOA and airspeed?