Is it possible to build a flight-capable aircraft powered by compressed gas?

I pray this isn't a physics SE question.

A star engine can be considered "gas operated". So what if we power a star engine with unleashed, formerly compressed gas instead of... actual gas/aero-kerosene/etc...? So instead of fuel tank (oh the temptation to pun is so strong here) you use gas tank?

Note that since nothing has to BURN, we can use lighter-than-metal material, as engines usually play a big part when it comes to weight of aircraft.

And if that's a YES, can you estimate the flight time?

In aircraft design, the main problem is energy density of the energy source. Even with the phenomenally high energy density of kerosene fuels (>42 MJ/kg), the fuel still represents a sizable chunk of the weight of an aircraft. For example, fueling an Airbus A330 will double its weight!

According to Wikipedia, compressed air has a practical energy density of about 0.1MJ/kg. There is no way you can offset the enormous amount of compressed air required by downsizing your engines. You would go from 110.000 kg of fuel to over 400 million kg of compressed air.

A more relatable example would be a Cessna 172. It can carry 212 litres of fuel, or about 150kg. On top of that, it can carry about 190kg of useful payload. If we instead use compressed gas, we would need over 60.000kg of compressed gas to get the same range.

Whereas it may not be feasible, as Sanchises explained, for large manned airplanes, on the scale of small models it is quite possible. These are aircraft, too! 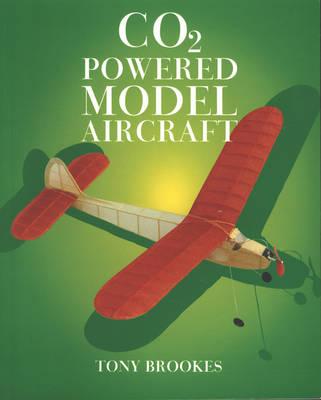 Such models were quite popular in the '60s and '80s: the engine is very simple indeed, and can be powered by the common CO2 cartridge (as used for making fizzy water at home, which was also more popular at that time).

Nowadays, such engines are largely replaced by electric drive: also something not-yet-quite-working on a large scale, but excellent for small models.

If you allow to store the gas in liquefied form, the answer is a cautious Yes. But do not expect more than very brief flights.

Not compressed, but liquefied gas was used in the first attempts at powered flight. Before internal combustion engines became light and fast enough for use in aircraft, carbonic acid engines were employed by several pioneers.

Otto Lilienthal, who built and flew the first man-carrying gliders, added carbonic acid engines of his own design to several of them. They drove flapping wingtips which, according to his own description, clearly helped in stretching the glide, but were not powerful enough for sustained flight.

Lilienthal glider with flapping wingtips (picture source; a picture of Lilienthal's engine can also be found on that page)

In 1905, the Romanian engineer Trajan Vuja used a carbonic acid engine to fly his high-wing monoplane. It was powered by a 25 hp modified Serpollet engine which drove a tractor propeller. It was capable of short hops only, even though Wikipedia reports that

In its "ten years ago" section, the October 19, 1916, issue of Flight International described the power plant of the Vuja machine as:

A peculiarity of the arrangement is that the motor is driven by liquid carbonic acid, a method of obtaining power which has not hitherto been conspicuous for its lightness.

Of course, carbon-based propellants are unacceptable today, while other heavy gases are either pollutants too, or scarce and expensive (a tankful of xenon anybody?). A metal hydride can store a surprising quantity of gas, but hydrogen is too light to exert thrust efficiently. Compressed air is about your best bet.

Frenchman Victor Tatin flew a 1.9 m (6 ft 3 in) span model driven by compressed air in 1879. The air engine powered two propellers. It was tethered and flew in a circle, for a distance of around 15 m (50 ft), after taking off under its own power. It is now in a French museum: see photo.

There is also a compressed-air model aeroplane from the early pioneer days, on display in the National Aerospace Library, Farnborough, UK. It was reasonably successful but I can't recall who made it. Anybody?

Not the answer you're looking for? Browse other questions tagged aircraft-design engine engine-design or ask your own question.

11
What engine of the period 1855-1865 would have lifted one of Wright brothers' aeroplanes off the ground?

19
Could I build an airship (rigid dirigible) that used a vacuum rather than lifting gas?
4
Are there any programs to build a hydrogen powered airplane?
24
Why are piston engines for aircraft rarely diesel powered?
29
Could there ever be a fully solar powered airliner capable of transatlantic flights?