Why aren’t diesel piston engines used on aircraft like the Saab 340 or L-410?

In contrast to this question (link), I would like to know the opposite - why diesel piston engines aren't used on aircraft with comparable role and configuration to Saab 340, L-410, ATR-42?

Here's my thoughts so far after some reading (please note, some of them are just my assumptions and might be wrong).

Cons of diesel engine (vs turbine):

Perhaps this is worth asking as a separate question.

How heavy and big would be diesel piston equivalent of PW120 engine? (some ideas can be found in this discussion)

There are many reasons but Ill address your points directly first

Engine itself is significantly cheaper

This is only true for non aviation engines. Even if you were to obtain a type certification for an automotive engine the cost of that would reflect a huge increase in price. This has been tried before and proved so costly the engine maker ended up dropping the FAA type cert due to costs.

Again this is only true for auto or industrial application engines. Any part carrying approval down to the spark plugs has a large price mark up over their non aviation counterpart (even if the parts are more or less identical). On the whole piston engines tend to also have a shorter TBO than turboshaft engines.

This is perhaps one of the most important cons. In aviation weight is the name of the game. Airlines make money not only on passengers but the carriage of freight in empty baggage space cutting into that cuts into profits.

Piston engines once did rule the skies in that size class, the venerable DC-3 is about as big as what you mention and has long since been phased out of routine use.

For the altitude space in the FL200-FL250 range you also need pressurization which is much harder to drive from a piston engine. A turbine allows you to pull bleed air for pressurization while a piston engine requires a whole separate unit driven by the engine somehow. This adds complexity and again, weight. Over the years there have been some pressurized piston planes but they have fallen out of popularity and use.

Bear with me 1 minute with a brief side note. Someone said that my previous post did not answer the question of Diesel engines vs Turboprops. And while I was writing this to clarify my other post was deleted so this one has to stand alone. Okay now let me answer the question directly so that nobody has to use the info to make their own comparison.

The Diamond DA-62 is a twin engine with each of the 2.0L turbocharged 4 stroke inline 4 Diesel piston engines putting out 180HP (360 combined) maximum and 378 lbs/ft (756 combined) of torque. 3887 engine max rpm, Equipped with a reduction box of 1:1.69 gives a maximum prop speed of 2300 rpm. Rated at 16.6 mpg but the Austrian data doesn't specify weather that's US gallon or the all but abolished Imperial gallon. So I have fuel burn rates here. Each engine is said to burn 9.25 US gallon/hr @ 100% load on the ground, 12.83 US gallons per hour @ 60% load and 12,000 feet operation, 7.4 US gallon @ loiter. The plane is 5 - 7 passenger with 1 pilot. Maximum payload capacity including fuel 1600 lbs. And yes this information is required to answer the question poised. Each engine weighs 410 lbs dry. The manufacturer has listed 1800 hrs average time to overhaul. Manufacturer reccomends Diesel and/or Kerosene (Kerosene is Jet-A. everyone knows they are the same basic fuel) These engines are adapted from Mercedes automotive diesel road engines. Cheap cheap cheap. Solid proven engine design cars have been known to achieve 1,000,000 miles with the original engine.

A similar size turboprop plane is a bit of an oddity but I did locate specifications on a Cessna Denali which is said to have a full of fuel payload of 1100 lbs. It burns 60 GPH but does not specify at what specific engine load nor altitude. It is a single turboprop with 1240 horsepower, weighing about 600 lbs dry. No specs as to the prop shaft speed or torque are provided but this is not a diesel engine so one can safely assume it will spin faster and provide lower torque output. The manufacturer lists 4000-6000 mean hrs between overhaul. They do advertise 20% less fuel burned than the same size competitors engine, I take this to mean another brand of Turboprop engine. Rated for use with jet-a type fuel. These engines are newly developed and very expensive.

The Cessna has a slightly higher maximum speed (285 kt) then the Diamond DA-62 (192 kt maximum cruise speed with an absolute maximum of 205 kt) which justifies a slightly higher fuel burn rate. However not 3 times the fuel consumption as indicated by the fuel burn rate. I would like to see them use a pair of 2.5L, 2.7L, or 3.0L 5 cylinder Diesels, the performance would be closer to that of the single turbine. Especially with use of bigger engines more aggressive props could be fitted to raise the top speed by 80kt. The service ceiling of the turboprop engine is rated higher. Key word being rated. Who actually knows the maximum altitude the little diesels would continue to give adequate, safe, & reliable performance.

Summary Turboprop - <50% higher advertised time to overhaul. - faster and higher rated altitude. Diesel - <60% less total fuel burned plus the ability to burn actual Diesel and Kerosene not just Jet fuel as specified by the engine manufacturer. Diesel engine is cheaper how much though ? Nobody knows. As the turboprop is very new on the market. Two engines of any kind are always safer than 1 in the unlikely event that you lose an engine you can still remain airborne for a period of time. Best land quick.

I hope this is answer enough to the question. 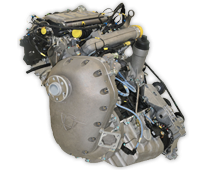 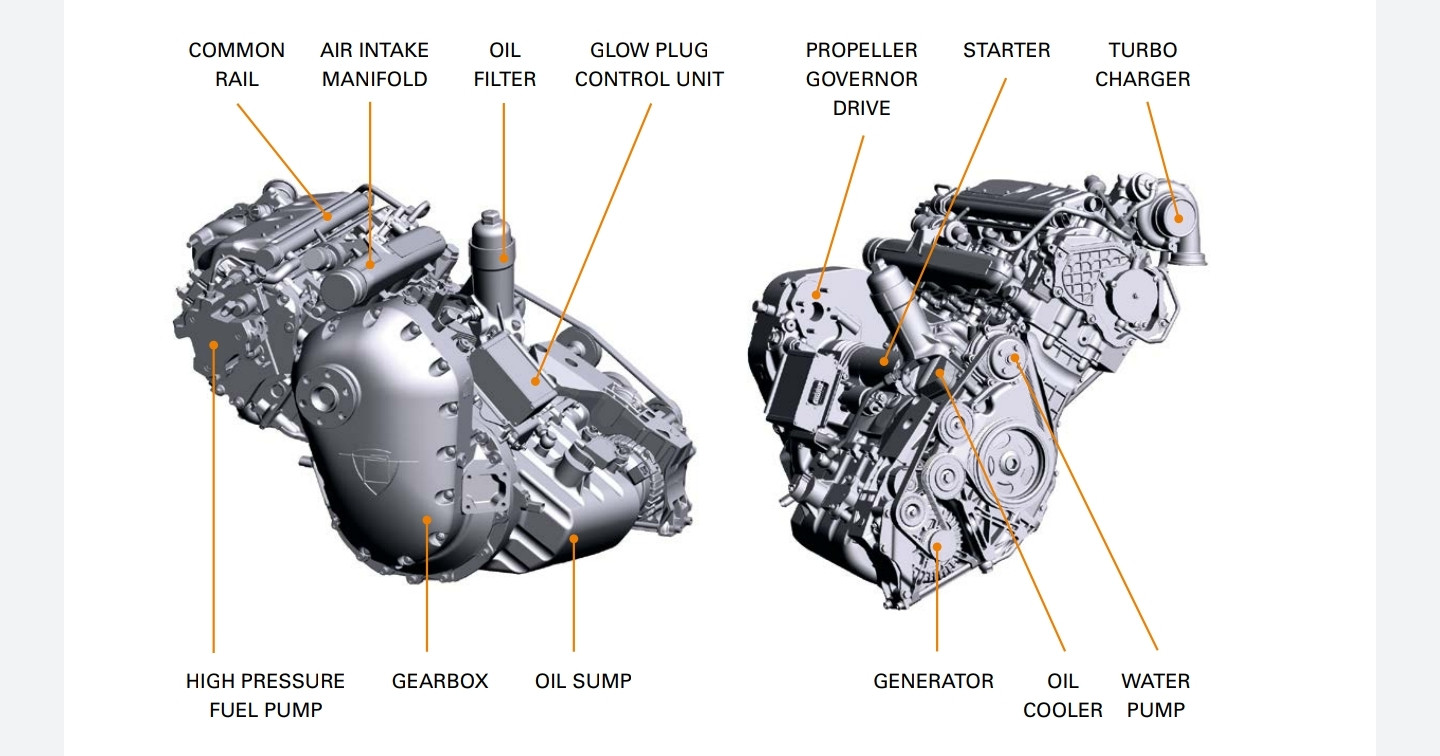 Not the answer you're looking for? Browse other questions tagged piston-engine turbine or ask your own question.

33
Why don't small planes use turbine (turboprop) engines?
32
Why isn't the APU a standard diesel generator?
17
Are turboprops more efficient than piston engines (thrust per fuel consumption)?
21
Why the lack of faster piston-powered planes?
9
Are there any pressurized piston-engine aircraft?

24
Why are piston engines for aircraft rarely diesel powered?
21
Why the lack of faster piston-powered planes?
1
Why do piston engines have a lower fuel consumption with higher temperatures?
2
Why are ethanol piston engines apparently cheaper to maintain than avgas piston engines?
3
Why are piston-engined aircraft generally exempted from U.S. flight recorder requirements?
49
Why are two-stroke engines nearly unheard of in aviation?
15
Why hasn’t the Wankel rotary engine seen more use in aircraft?
13
Can the plane Celera 500L be eight times more fuel efficient than a jet of similar size and capacity?