Why choose a seaplane for crew rotation at sea, supply of spares to ships, long-range search and rescue and surveillance?

The Indian government has been discussing with Japan since on buying Shinmaywa US-2 aircraft which would be used for various roles such as crew rotation at sea, supply of spares to ships, long-range search and rescue and surveillance according to Flight Global. The partnership is strategic for Japan that seeks to contain the rise of China and India that can not get an alliance with Pakistan, but that, we do not care. It is also the return of Japan to the club of countries selling international aircraft. 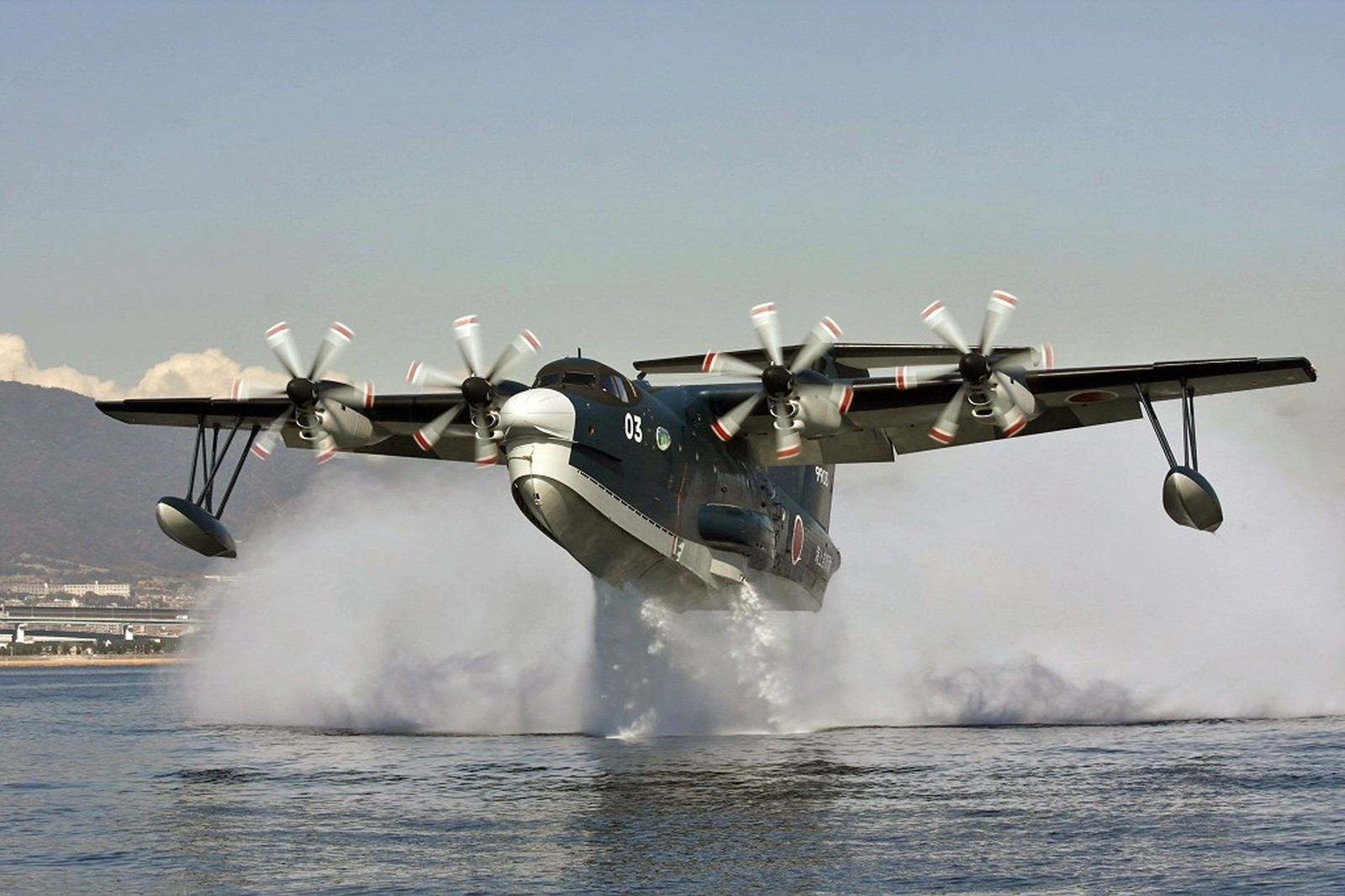 Yet, my question is : why choosing such an atypical airplane for such missions ? In France I know that SAR missions are done by Falcon 50 and 200, which are long-range business jets, or helicopters. Neither of them are able to land at sea but jets are faster and helicopters have divers to be to take care of the SAR mission.

For crew rotations, it is true that the US-2 can carry up to 20 people. And if this kind of missions only concerns large boats where my lack of knowledge in the Indian Navy suggests to me that they still have helipads, the NH-90 carries as many troops as the US-2 and can even land directly on it if it has one. Furthermore it can land anywhere, but the sea indeed.

To my mind, their is lots of positive aspects using this aircraft as far as it would enable them to be faster in crew rotation at sea, supply of spares to ships but to be slower for SAR and surveillance, which seems to me to be the most important mission. Is it a difference of philosophy between French and Indians ? Or is their a deeper reason to prefer seaplane ?

The US-2 is an amphibious airplane not a pure seaplane, it can land on water and land. MTOW is a bit higher on land as well.

It is better to have a jack of all trades than a bunch of specialists when building out your fleet unless you have immediate need for those specialists.

Each aircraft type that gets added to the fleet has its own maintenance handbook, maintenance schedule, set of spares, their own type rating, etc.

Helicopters have smaller tanks and can't stay in the air as long or get out as far away from base. They also cannot carry as much stuff as the US-2 can. They would be handy for search and rescue and supplying helipad-equipped vessels. However not all ships will have a helipad.

Jets cannot land out at see so they can only do the search part of search and rescue. They cannot do any supplying out at sea that doesn't involve putting the packages on a parachute.