What additional functionality is provided by the F-14 nose pitot, absent in early models? 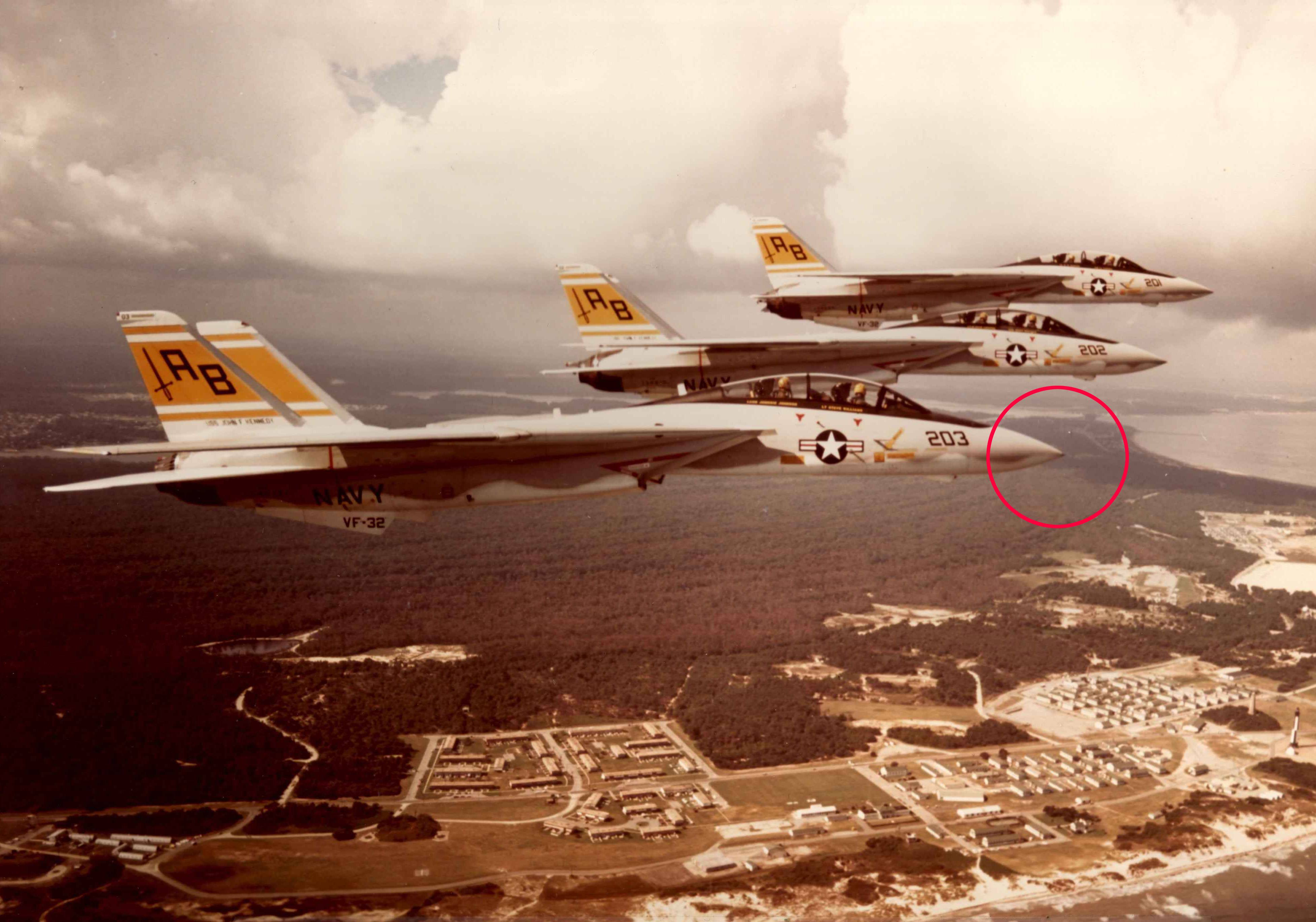 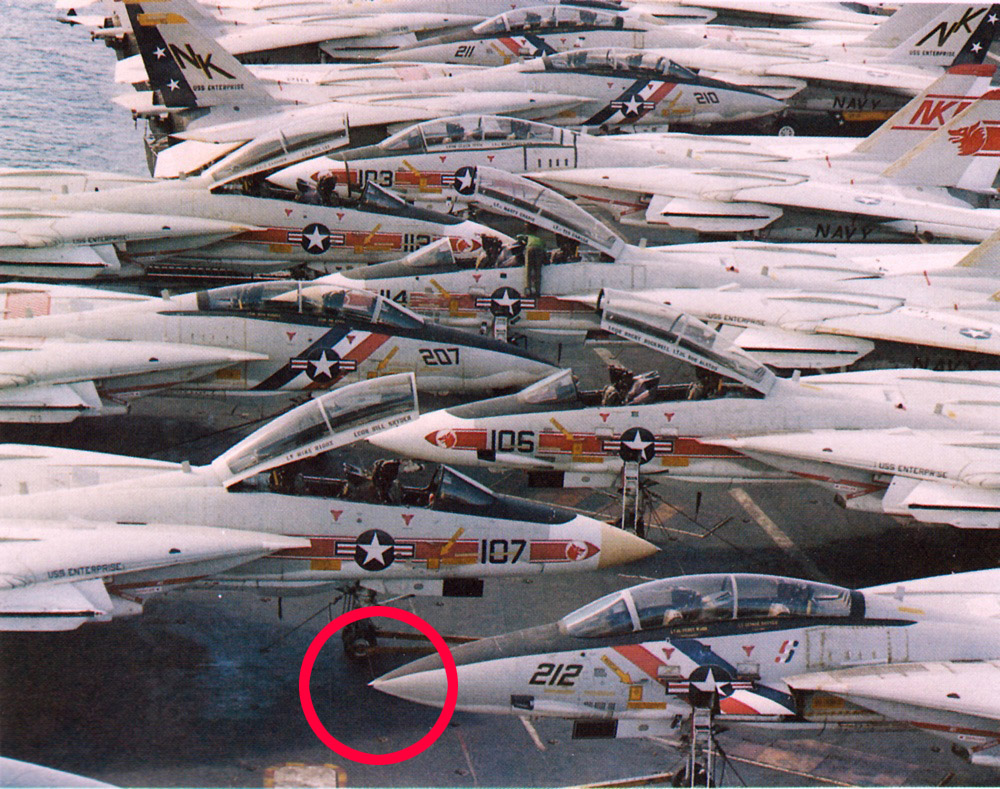 ... but they seem to have quickly acquired them sometime in the late 1970s. The Iranian F-14s have them, and it's quite hard to find a picture of an F-14 without a nose pitot.

This is the nose pitot that appears on the majority of F-14s: 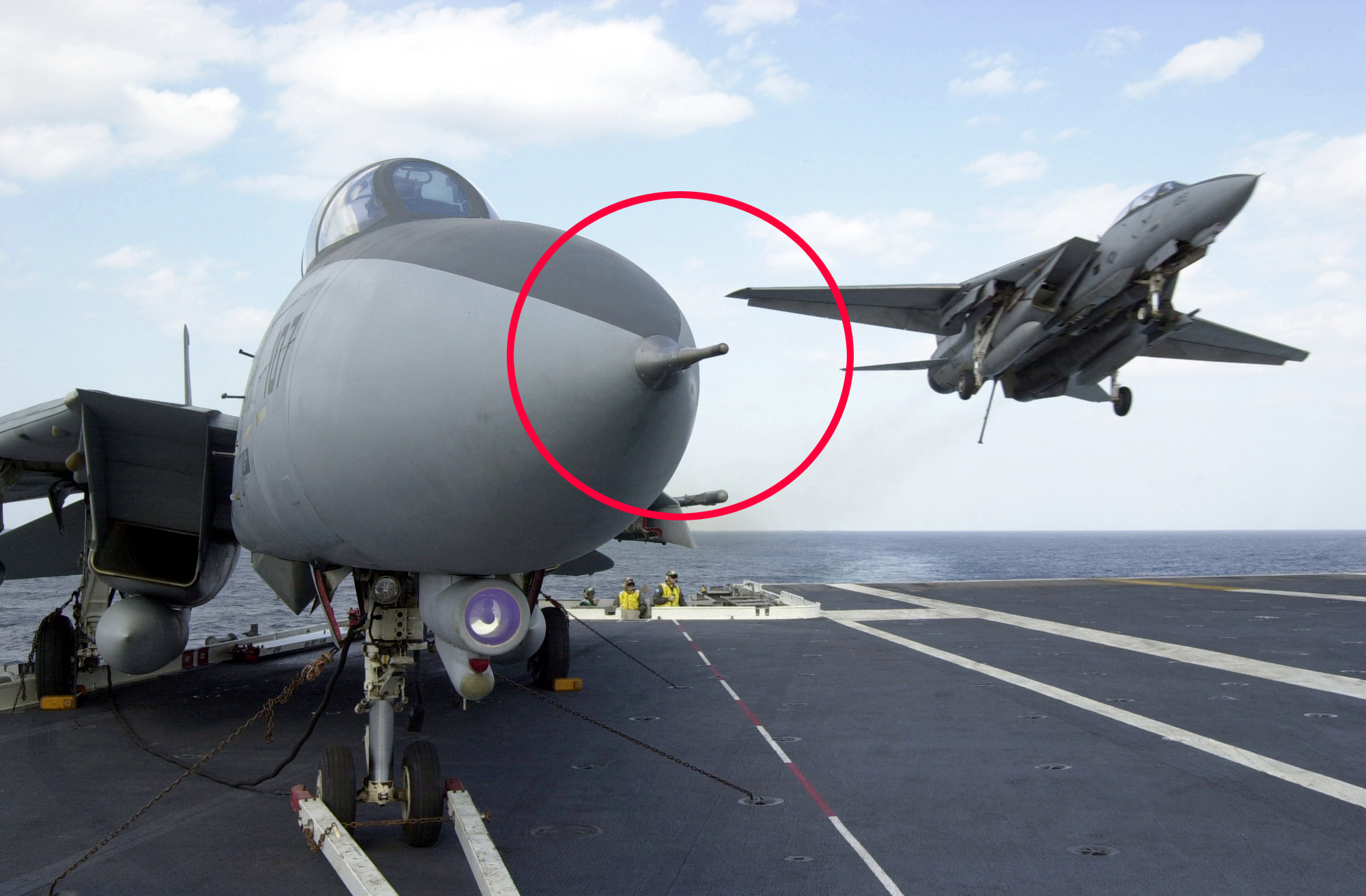 I believe the nose pitot measures angle of attack, a measurement I would have thought was critical to a big carrier-based aircraft like the F-14 from the outset.

So, why were the nose pitots introduced, and what effect did it have on the nature of piloting an F-14?

Reported from the link above:

Angle-of-Attack Nose Probe: The Angle-of-Attack (AOA) is an essential dimension since it measures the angle between the aircraft's vertical flight direction and the vertical wind direction. A too high AOA means that at a given speed the wings will fail to produce lift which will result in a loss of controllability and stability. This is especially important during the landing phase where the aircraft is fairly slow approaching the carrier and also during air combat maneuvering where a loss of controllability can be deadly. Each AOA probe measures the pressure at several points and then the AOA is calculated. Usually, several AOA probes are installed to measure a correct AOA. Note that this probe was not installed on very early F-14As

The same site, on a related page, report what you've alredy found:

The first fleet Tomcats were not equipped with any nose probe, but todays F-14s carry a small nose probe to gather air pressure data to calculate the angle-of-attack

20
What is this device on the nose of a Bombardier Global 6000?
10
What is the difference between a pitot tube and a pitot-static tube?
2
What would be the effects of installing pitot tubes on the engine covers?
2
What is the late BF109's (G models) internal fuel capacity?
5
What does the Airspeed indicator show when your pitot tube is blocked?
10
What is that pitot-like device under the left wing of the Cessna 152?
12
What are these hooks and tassels on the nose?
9
Why is the pitot tube located near the nose?
6
What is this nose projection on the Tupolev Tu-95?