What causes this much engine damage?

EASA and FAA have placed a 300hr inspection AD on select Dreamliner Trent 1000 engines after multiple failures. Here is a photo of an AirNZ engine.

The AD specifically refer to : Intermediate Pressure Compressor (IPC) Stage (Rotor) 1 blades IPC Rotor 2 blades IPC Shaft Stage 1-8 Rotor assemblies Previous stories had RR ‘offloading 35% of the Trent 1000 development risk to its partners The IPC module is done by Kawasaki. This seems to be different to the other known issue on the Trent 1000 of the fatigue cracks of the Intermediate TURBINE

What causes this much damage? 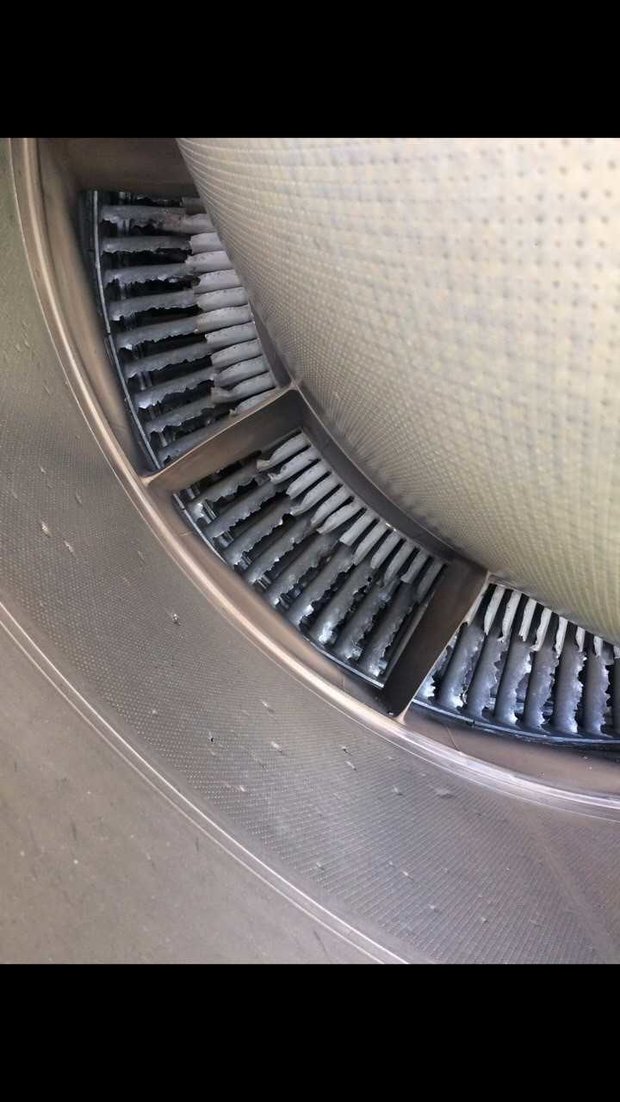 Report here states it is suspected to be due to foreign or domestic object damage (FOD/DOD).

Provided with the photos taken of the NZ99 engine after it landed back in Auckland, a spokeswoman said: "The cause of these incidents is yet to be determined and this is the role of the Transport Accident Investigation Commission. But the damage sustained on Tuesday suggests an engine part has travelled through the engine."

An aviation source told Newsroom: "The damaged blades are in the aft section of the turbine blade sections. It is likely the damage has resulted from a failure of a turbine blade or blades in an earlier section that has been spat out the back with a domino effect.”

I would suspect an over temperature and/or excessive vibration may also have occurred. It seems similar to the damage in these two events, which featured those events: 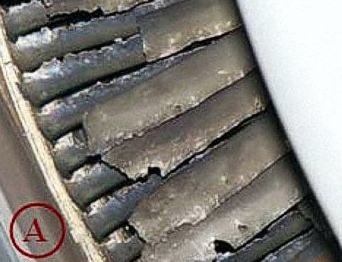 The damage pattern leads to the suspicion that one or more fuel injectors in the combustion chamber behaved abnormally leading to an excessive temperature build up in the turbine area, which probably caused the LPT guide vanes material to fail. The engine manufacturer has registed six similiar failures which are all suspected to be the result of fuel injector malfunctions. 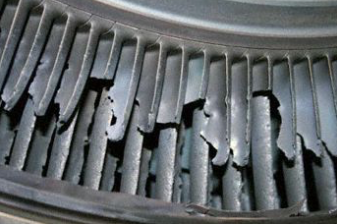 The in-flight malfunction of the aircraft’s right engine was a result of a cascading rupture of the stage-1 LPT blades, [which] was probably precipitated by thermal degradation of the blade alloy, resulting in excessive creep extension, tip shroud/seal interference and blade rupture. Material characteristics of some of the LPT blades installed in the engine were consistent with a raw material manufacturing cast that had previously been identified as being susceptible to creep rupture.

0
What is the cause of cracking and corrosion in Trent 1000 engines?

15
What causes a run-away propeller?
7
What is Vg in this VG diagram?
14
How do engine manufacturers minimize damage from bird strikes?
3
What causes Mach No. to increase with altitude at a constant cost index?
1
What are various specifications of Engine oil used in Piston and Turbine engine aircraft?
1
How much does the swirl of engine exhaust affect aircraft performance?
1
What causes a helicopter to autorotate farther?
5
What causes fuel gauges to be untrustworthy?
6
How much horsepower to weight is required for a 1:1 thrust ratio?