I'm new to aviation and I have a basic, mechanical question. Wings produce a lot of lift-induced drag, especially at lower speeds. But according to this chart that drops off as velocity increases. 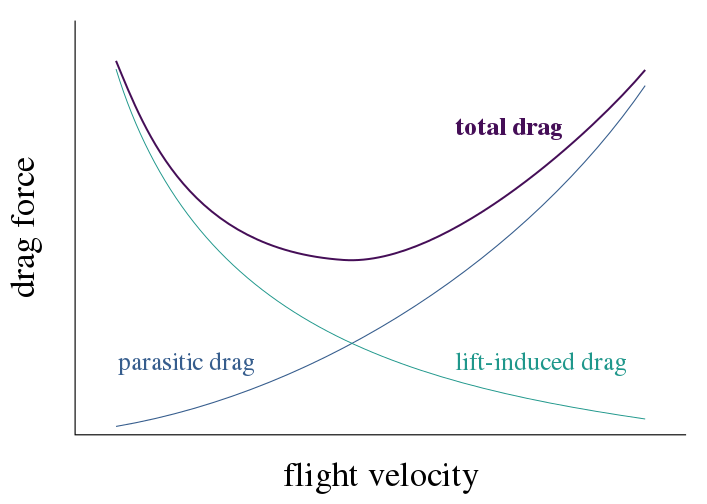 However despite the fact that lift drag declines as speed increases the wings still represent roughly 70%(+/-) of the surface area of an aircraft and they do produce parasitic drag.

So my question is despite the enormous surface area that the wings represent do small, irregular shaped items such as exhaust ports produce more parasitic drag as a plane nears its top speed?

The pictures below are from a P-51 which has a top speed of over 400mph. At that speed is the wing or the exhaust port the biggest drag producer? Or is this maybe a close call?

Thanks so much for any input!

The wing creates more drag due to the much larger area.

The wing is beautifully streamlined and the flow stays attached to the wing if the angle of attack remains below stall values. So friction drag is the only drag that acts upon the wing, while stubby shapes like exhaust ports have friction drag and pressure drag. This means that area for area, short stubby shapes have way more drag, as illustrated in the figure below from Prouty. But multiply with the length of the wing & stub, and the picture changes.

But the exhaust ports don't have pressure drag, because the exhaust gases are ejected backwards, in the spot where normally the separated airflow would extra drag.

2
Does waverider have much lower drag than Sears Haack body?
2
How can the zero-lift drag coefficient (parasitic drag) be calculated?
12
Why does stall speed decrease when flaps are deployed?
7
Is there an aerodynamic force that would keep this experimental WW2 era prop from flying as fast as an early jet?
3
Why did this delta wing generate a lower Cl at a higher wind tunnel velocity?
1
Could a triplane fly using a dihedral wing in the middle?
2
Blunt noses subsonic drag - why a complete ellipse?
2
How do coefficient of lift/drag variation with speed differs between swept and unswept wings?