I have not seen anyone develop wing suits with high frequency flapping, is it efficient only at the insect scale? A few million years ago there used to exist dragonflies with wing spans around 70cm - correlating with the high oxygen content in the atmosphere at that time - so is this possible at larger wingspans too?

I'm thinking of something like the parademons in Justice League: 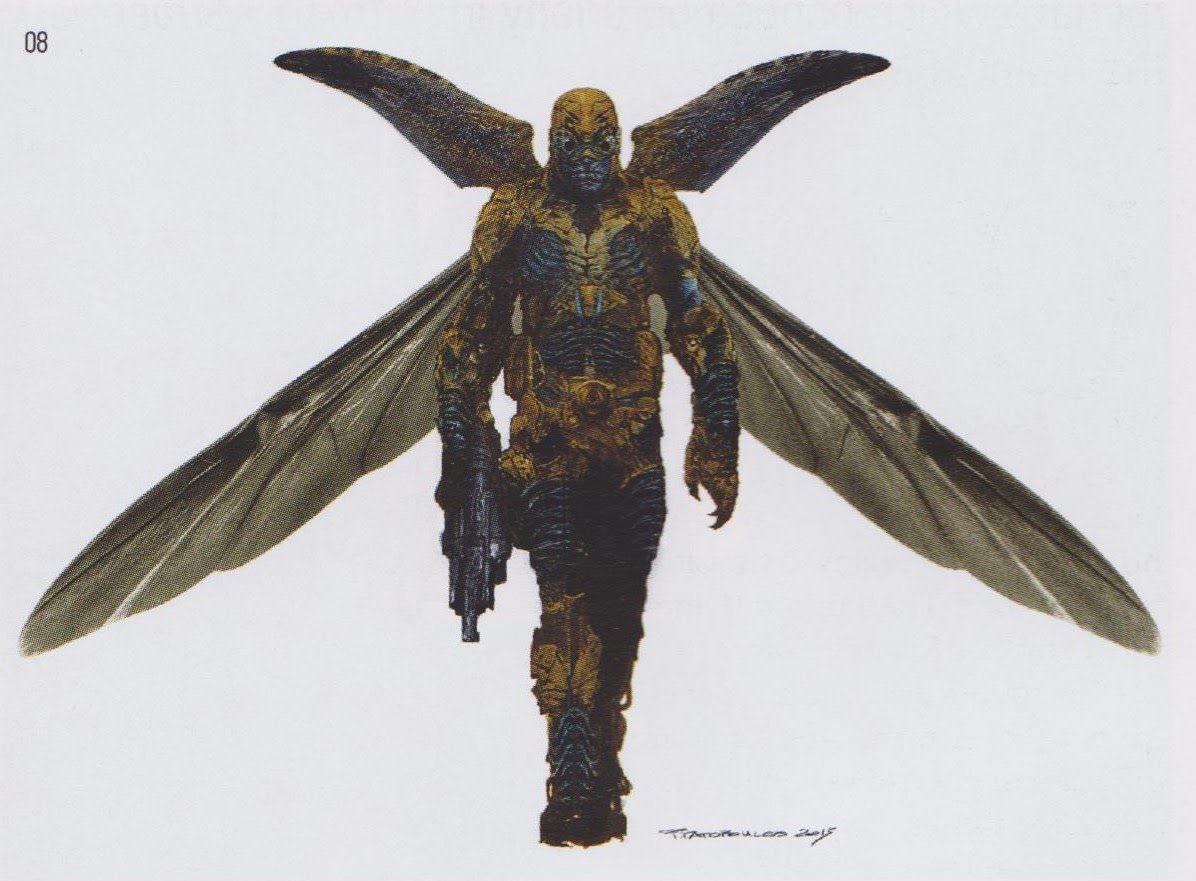 Some English University researchers studied the tiny helicopter Black Hornet versus Colibri-wings as efficiency. It was shown that rotating wings have LESS LOSS as the flapping ones because the latter must surpass the inertia of the wings at each flap. The insect wings have little weight and so small inertia. So high-frequency flapping is only for small devices. What is better in the animal wings is the aerodynamic itself> Search "leading-edge vortex" on Google. Why animals have no rotating wings? >there is no rotating device in animals, because they must be fully articulated, by design... Only maple-seeds have a sort of autogyro.

Relative to your included illustration, in addition to the inertial losses as cited by Adrian Marius, there's an issue of power-to-weight ratio related to building a flapping-wing flying suit.

Backpack helicopters (coaxial rotor type) are just about feasible, with short flight duration (a few minutes) and slow forward speed; thrust-hover systems likewise (turbofan jet belt from Vietnam era, twenty minutes at around 30 m/s and the more modern "Jet Pack" with larger ducted fans, somewhat better duration at similar speeds) -- anything less efficient at converting stored energy into lift or thrust will be either too low in reserve power or too short in flight duration for practicality, if not both.

21
Why do (almost) all military transports have high wings and civilian transports low wings?
6
What are the differences between wings made for 2 engines and wings for 4 engines?
95
Are wings any more efficient at creating lift, versus orienting the engine's thrust downwards?
6
How are wood and canvas wings able to sustain damp and bad weather?
11
If both propellers and wings are airfoils, then why do propellers deflect air perpendicularly to the rotor, but wings not?
1
What are technical and aerodynamical limitations to blown wings main propulsion?
3
Are high lift wings bad for faster speeds
5
Are there any specific weight or structural reasons to choose low vs. high wings for a cargo aircraft?
7
What are the relative contributions of the body and wings to missile lift?
1
How are foam cores shaped for tapered and swept back wings?