How practical might it be, to carry military tanks by helicopter(s) to remote areas? [closed]

How practical might it be, to carry military tanks by helicopter(s) to remote areas?

Wikipedia lists the M1 A2 Abrams tank at 65 metric tons. HeliPress lists the Russian-made Mi 26 copter as being able to carry 56 tons; it’s unspecified as to which type of tons. Might it be practical to carry in by helicopter a crane of sufficient lifting capacity to assemble “reasonably quickly”, a tank that had been disassembled to weights that could be carried by helicopter(s)? I believe it would be practical to carry in such a crane, & assemble it reasonably quickly.

Then there’s the aspect of what sort of areas might tanks need to be flown to: High elevations permit smaller payloads, as do hotter temperatures. Presuming the helicopter(s) would take off from an aircraft carrier, how far would the flight likely need to be? Thank you for your attention to this.

The maximum payload of Mi-26 is:

The same page lists the following as possible payload for Mi-26:

All of the above are armoured vehicles and not classical tanks.

The 2S25 Sprut-SD is a self-propelled tank destroyer or light tank with a weight of 18 tons. So theoretically it could be carried by the Mi-26.

Other similar light tanks could also be carried. Or heavier tanks disassembled and carried (but as mentioned by Ralph J, that may not be very practical). The Mi-26 is routinely used to ferry heavy earth moving equipment to remote location.

With an C-17 or Il-76, main battle tanks can be (and are) easily carried and would be strategically preferable/more practical (see end of answer for more on same). Light tanks/armoured vehicles are also airdropped from the C-17/Il-76 (as mentioned by Ralph J).

However, locations where a tank could be practically employed (predominantly plains) would generally make transport by air and (then as required) by road possible. An example which comes to mind, is use of tanks by the Indian Army in Ladakh with induction by air using Il-76/C-17 and then further movement by road (of interest, that Leh airfield from where they are inducted is at 3,256m/10,682ft!, making it no easy feat).

In areas so remote that tanks need to be moved by helicopter, the use of the tanks (and note tanks are tactically best utilised only in more numbers and never in ones/twos) itself may not be feasibly/practical, so making the exercise futile/uneconomic.

Also, just getting the tanks would not be enough as you also need to move the large amount of fuel, ammunition and spares. These are no lesser of a payload in themselves.

So overall most probably not a very practical exercise. 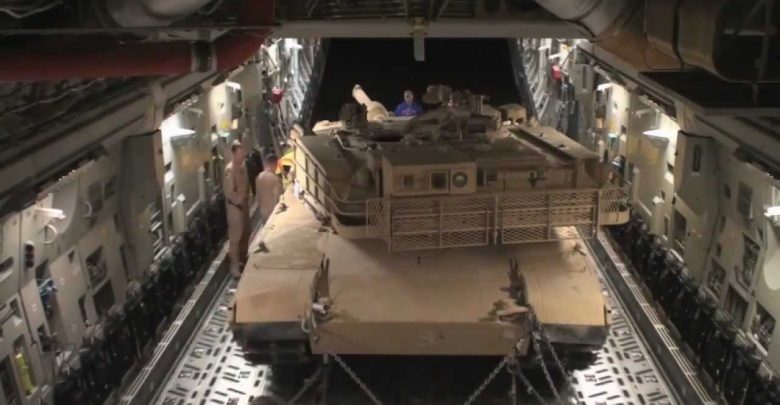 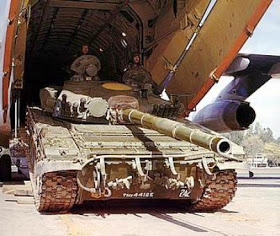 Not the answer you're looking for? Browse other questions tagged military helicopter or ask your own question.