When taking off or landing, both LEFs and trailing edge flaps (TEFs) for fighter aircraft are in the down position to provide more lift. However, when flying around at higher speeds (let's say 500-600 knots), the left LEF going down and the right LEF going up causes the aircraft to roll left.

My personal theory is that the dominant form of drag (induced) at slow speeds means that the increased camber provides more lift although slightly decreasing the angle of attack (which is good if you are close to the stall angle of the wing). However, at higher airspeeds the slight decrease in angle of attack caused by the downward LEF and also the larger parasitic drag causes the decrease in lift of the wing.

Does this theory hold up? Or is there more to it that I'm not considering?

Leading edge flaps, also known as slats, don't really create lift. The effect on lift coefficient is minor (less than 10% in general) but they help increase the stall angle of attack. As a summary, flaps creates lift by increasing surface area and profile camber, whereas slats postpone the stall and allow for higher AOA by reducing pressure drop around the leading edge. This increases the theoretical maximal lift by increasing the stall AOA but doesn't change much the lift coefficient.

Slats are ment to work at high AOA by design, at higher speed your AOA is very small, the slat is thus not working properly, disrupting the flow on the suction side of the wind and reducing actual AOA, thus reducing lift of that particular wing while simultaneously increasing drag. 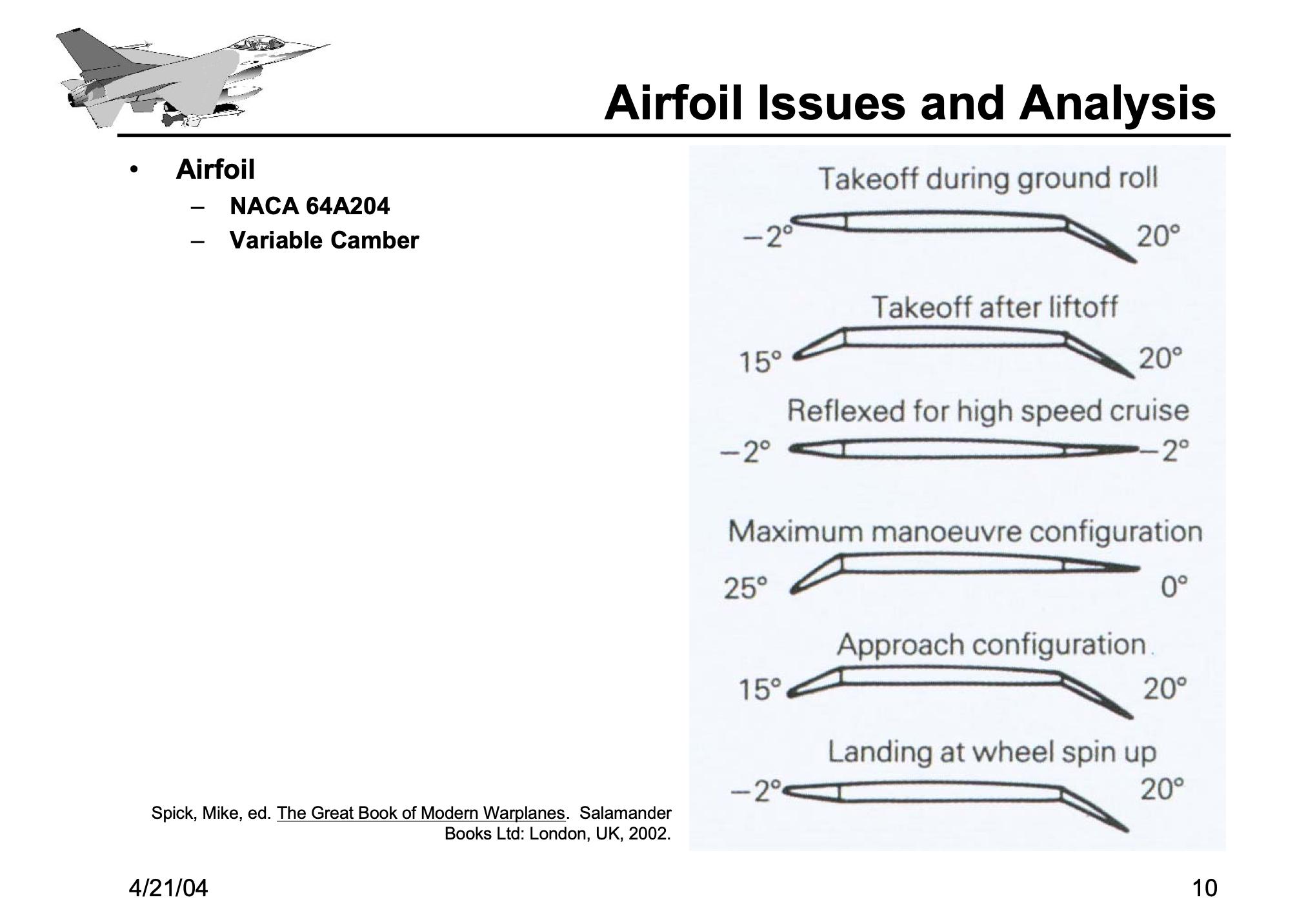 This site has some info on what the F-16 leading & trailing edges do during the flight - symetrically. We can see that at high speeds the wing is straight: it is at a low angle of attack, and at high speed the drag needs to be low.

When AoA is high, it needs the slats to be deflected, while at low speeds the flaps are deflected as well. The Approach configuration works as a thin wing with high camber.

Now, why do we have this device in the first place then? (At least partly) Because a gradual curve, rather than a flat plate, results less drag and safer stall behavior.

When the leading edge flaps (slats) go down, they reduce the effective angle of attack, but allow increasing more by pitching the nose up. So

The LEF's (leading edges in front of the wings) go down symmetrical, there is a asymmetry brake system built in to prevent that asymmetrical deflection if more than a few degrees (5 degrees) difference is sensed, immediately. Flaps or flaperons from the behind edge of the wings do that and some jets have stabilators moving like scissors to do this. At slower speed the amount of angle of attack is huge and this provides lift. At high speed angle of attack is small and LEF's in down position create drag more than normal values because the airflow is tangent not in line with the leading edges angle of deflection .

Not the answer you're looking for? Browse other questions tagged aerodynamics roll high-lift-device or ask your own question.

15
Why aren't takeoff flaps used all the way up to cruise altitude?
13
What is the difference between flow separation and turbulent flow?
2
Blunt noses subsonic drag - why a complete ellipse?

14
What amount of lift would be created in the fallacious "lift from equal transit time" theory?
14
How do paraglider controls work?
12
Why does stall speed decrease when flaps are deployed?
1
In theory which causes more parasitic drag? A large smooth wing or a small, rough exhaust port?
14
Why does a stall decrease lift, rather than increasing it?
1
For subsonic aircraft, would adopting a higher wing loading decrease drag?
0
A question regarding airfoil parameters