What is the maximum angle F-16 can turn in x seconds flying at corner speed?

How can one calculate the maximum turning angle F-16 can turn in x second flying at corner speed. Is it changed with height or weight?

To calculate this, you need to look at the energy Maneuver diagram for the aircraft. This diagram depicts, for a specified altitude and gross weight, the excess power per unit pound of weight the aircraft would have at full afterburner at any g-Loading and true airspeed. There would be a different chart for each aircraft configuration, gross weight and Density Altitude combination.

Instantaneous Turn rate is depicted on the vertical scale, true airspeed or mach number is depicted on the horizontal scale. The concave curved lines that go from upper left to far right represent flight conditions of constant G-loading, while the straight lines that radiate from the origin represent constant turn radius. The peak of the flight envelope, (at about Mach 0.7, 20 deg/sec turn rate and 8 Gs, is corner velocity. The lines that start at the left boundary or at the bottom, go upwards, curve to the right and then back down again, and are labeled with values 600, 400, 300, 0, -200, etc. are called Ps, (pronounced P-sub-S), lines. They depict the specific power, or actually, specific excess power - a measure of how much power per pound of aircraft weight the aircraft would have left over to climb or accelerate at the depicted point on the diagram. So at the top of the diagram, at the corner velocity, where the turn rate is near 20 deg/sec, the specific excess power is less than -800. The -800+ Ps curve indicates that the aircraft, if it established flight at those conditions, would be bleeding energy (airspeed or altitude) at a rate in excess of negative 800 ft/sec.

The best performance on the diagram that can be sustained, on the other hand, is the highest point on the zero Ps line, which is at mach 0.8, 7 Gs, and it would produce a sustained turn rate of just over 14 deg/sec.

Of course, if the aircraft performs the turn in a descent, it can make the turn in less time. This is indeed a common training maneuver, to turn 180 degrees in the shortest amount of time possible. It is performed by rolling into 135 degrees of bank at or slightly above corner velocity and pulling at maximum G-load. The maneuver is performed at maximum available G-load, in a constant plane tilted at 45 degrees from the horizontal. Bank angle (starting at 135 degrees), decreases throughout the maneuver, reaching 90 degrees bank after 90 degrees of turn, and 45 degrees bank at the end of the maneuver (after 180 degrees of turn). At 15,000 feet MSL, this will generate almost 20 degrees per second, and can be done in about 10 seconds.

For an uncoordinated turn, all things are possible, consider a hammerhead, wing over, or Lomcovak! For a constant altitude coordinated turn, weight effects the load and stall which does play a part. The two primary factors are bank angle and rate of turn. As the angle of bank increases the load factor or thrust required for speed will limit the aircraft's ability to bank. 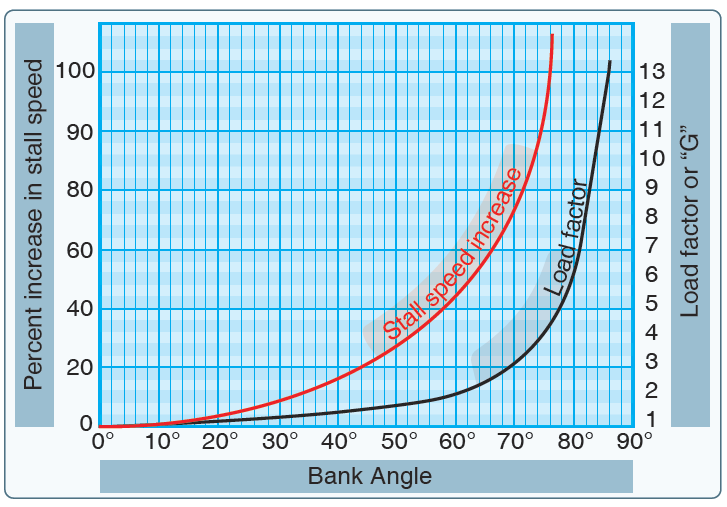 To completely answer your question requires more information such as the weight, load limit, stall speed of the aircraft in the configuration of the turn, atmospheric conditions, etc. 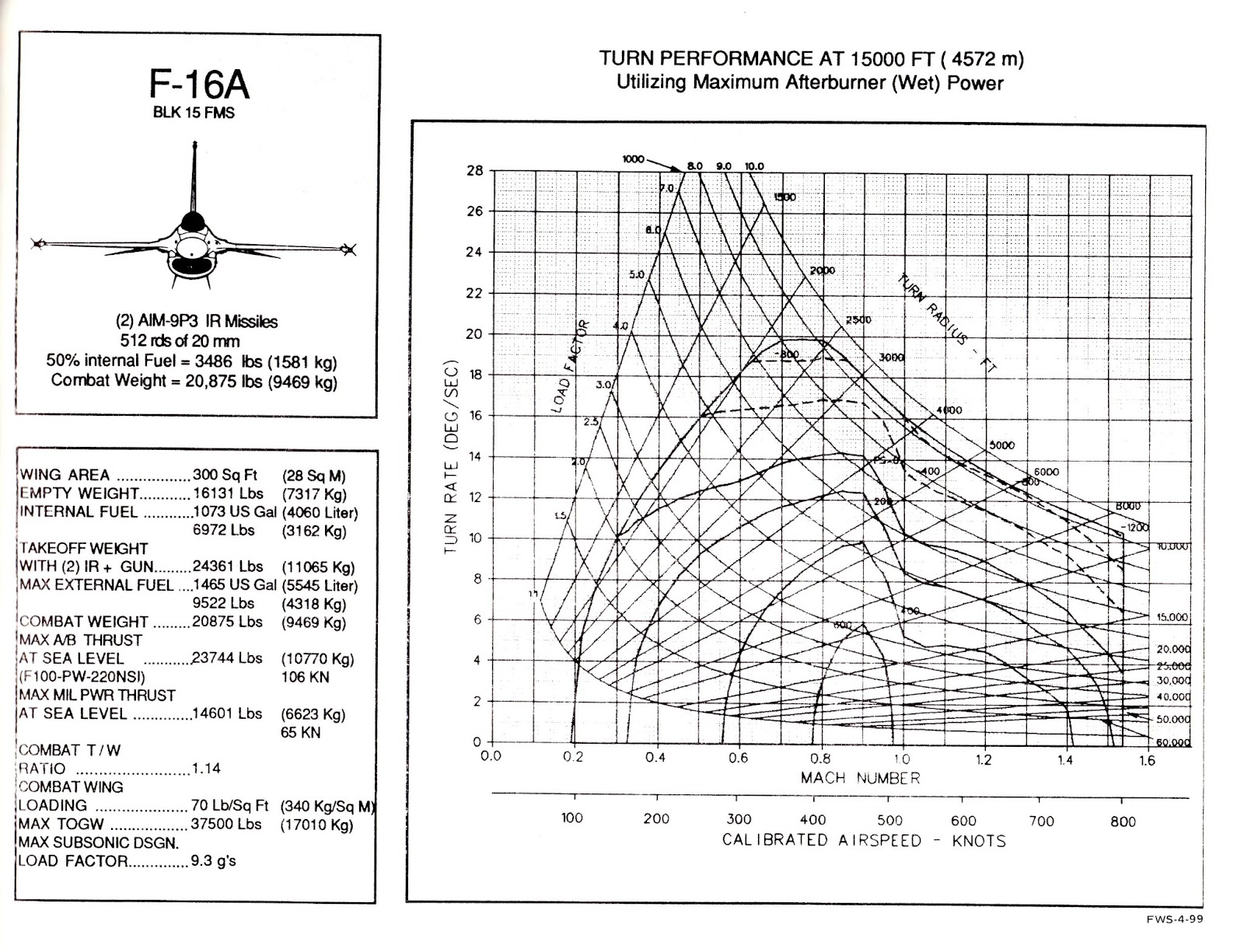 The graph and turn performance of the F-16 are discussed in detail here...

The "FAA's Pilot's Handbook of Aeronautical Knowledge" gives the formulas for rate of turn and turning radius on page 4-34. Chapter 15 of "The Science of Flight" by W.N. Hubin (1992) is the source of the other formulas.

Hubin goes into greater detail and provides information for other scenarios. 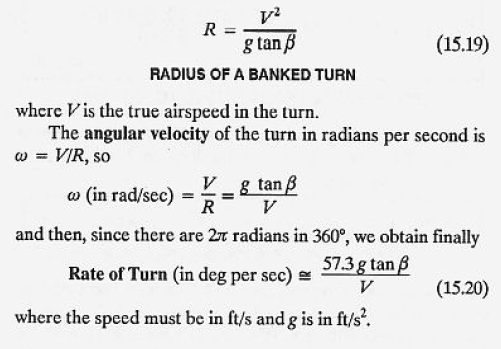 The formula for a standard rate turn (3deg/sec) is...

but other velocity's can be plugged in.

The AOA is 15 degrees and pulling 9G for making the maximum performance turn in level turns in F16. ( 22 degrees /sec)

Not the answer you're looking for? Browse other questions tagged airspeed f-16 or ask your own question.

10
How is V_S0 calculated for anything less than maximum weight?
13
What is the actual air speed over and under a wing due to Bernoulli's Principle?
10
What is the relation between airspeed and rate of turn?
1
Where can I find speed and thrust data for airplanes during the approach?
2
What is the maximum side slip angle that can be achieved by a F-16?
10
What is the true top speed of the SR-71?
3
Best glide speed vs. best glide angle? Maximum glide range?
4
How can I compute the minimum possible bank angle for a turn with a given radius?