What is the unit for ground speed reported by ADS-B?

Strangely enough, I'm having trouble finding the unit reported by ADS-B on the Internet. Many sites simply refer to it as "ground speed". Is it measured in KPH?

As of June 2015*, it is optional to report the ground speed (users can use two position reports to get the speed). Decoding to Knots (NM/h) is more common though for aviation for most of the world.** 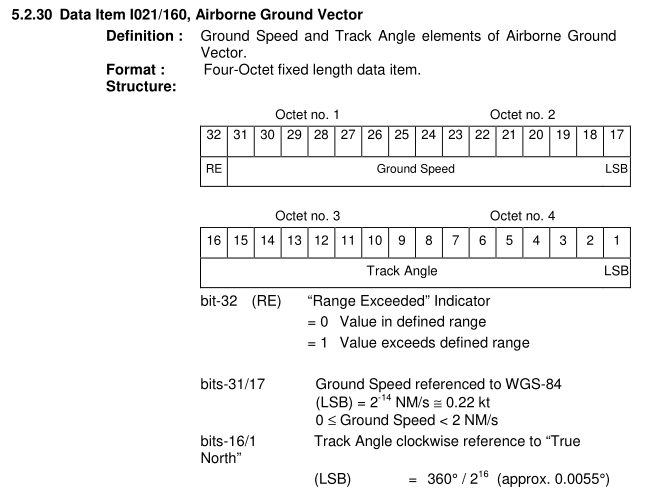 * Eurocontrol Standard Document For Surveillance Data Exchange
** ICAO (Annex 5) recommends km/h but permits the 'temporary use' (as they put it) of non-SI alternative units for vertical/horizontal distances and speed.

Not the answer you're looking for? Browse other questions tagged ads-b groundspeed measurement units or ask your own question.

24
How did planes measure their speed relative to the ground before GPS?
6
Does ground speed represent the horizontal speed measured at sea level?
6
Where are US FIS-B UAT ground facilities located?
1
What is the official unit of airplane/aviation speed?
9
Received ADS-B TC=31 message with non-existent version 3?
3
What benefits does Automatic Dependent Surveillance bring to continental ATC over Mode S?
1
What was the lowest ground speed landing?
6
NEXRAD—why is it 2D?