What is this old pusher propeller aircraft?

I am researching the history of pusher aircraft and came across this photo. Any information or guesses as to its history? Country, designer, mfg, pilot, etc? It looks to me like perhaps a 1920's powered glider (looks like a wheel not a skid at the front but can't tell for sure) but that's a guess.

Update: I found another picture without comments of the same aircraft dated 1912 - so this is one of the very first attempts at flight. Which means it likely is not a glider but an experimentation with configuration. It does have a wheel at the front - not a skid. 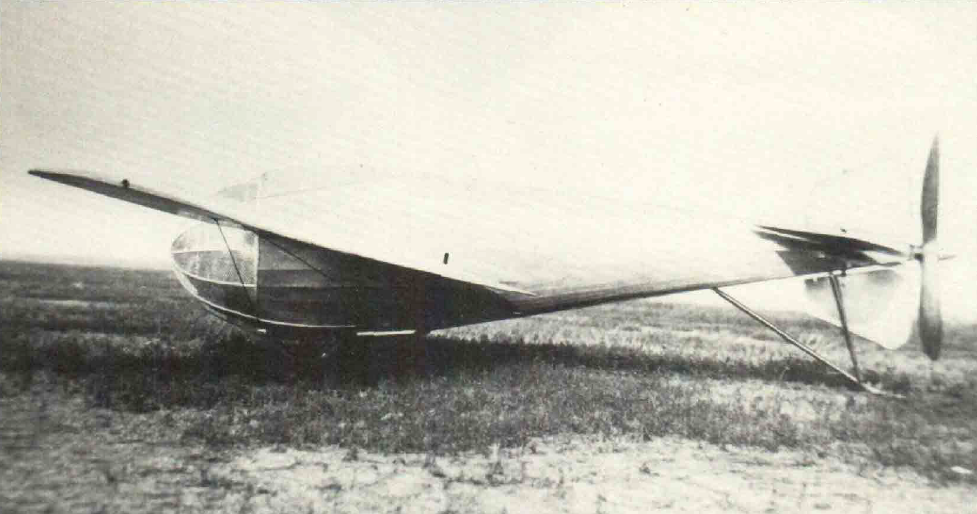 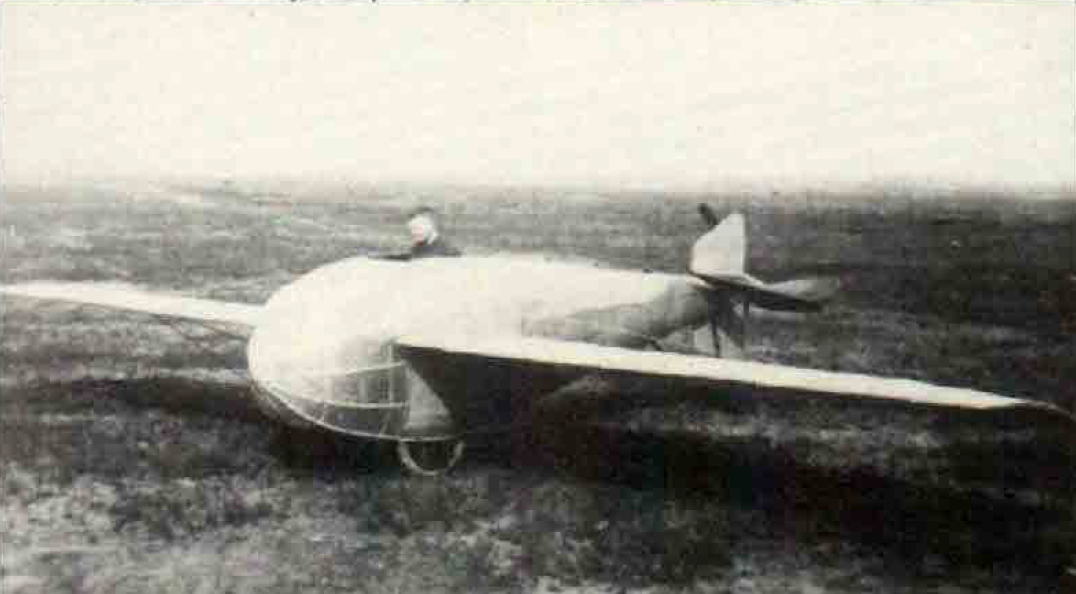 I found two mentions of it, one was a design article written by Molt Taylor and his Aerocar...

"To our amazement, we found that a fellow by the name of Edson Gallaudet had built a shaft drive airplane way back in the 1910-1912 era which was twice as fast as contemporary airplanes! Gallaudet flew his Al and A2 Bullet models in the 120-130 mph speed range at a time when his fellow designers were happy to be able to fly 60 mph. And while they were still sitting out there on their wings with their pant legs fluttering in the breeze, Gallaudet was snug in a cockpit that enclosed all but his head."

"His landing gear was largely enclosed a within bullet shaped fuselage and his three bladed propeller was mounted on the tail. It was this latter feature that we were interested in, of course. We were fortunate in finding that a dear personal friend had actually seen the Gallaudet airplane fly and knew a lot about it. He had even flown in one of the later Gallaudet seaplanes. We were also curious to learn why Gallaudet had been able to make the long shaft to the tail propeller work so nicely, only to have the course of aviation progress move completely away from the concept when it was so obvious that the tail was where the propeller really should be mounted. Certainly, the performance of the Al and A2 proved that."

"As it turned out, the answer was quite simple — he had used a rotary engine, which served as a spinning flywheel that smoothed out the power pulses that can be so destructive to shaft drives. This "torsional resonance" was the problem that plagued the Waco Aristocraft, the Douglas Cloudmaster, the BD-5 and a number of others with shaft driven propellers. Some of the more sophisticated designs like the XB-42, P-39 and P-63 incorporated successful shaft drives, but only at the expense of heavy, costly, high maintenance vibration damper systems and' special operational techniques."

The second mention is at http://affordaplane.com/alumribs.html

"The first airplane to use aluminum tubing for ribs was this one, the Gallaudet A2 Bullet. Built in 1912, the tube ribs were flattened at the ends so rivets could attach them to the caps and spars."