Is pressure lower than ambient on the pressure (bottom) side of an airfoil? [duplicate]

I've been reading about this for quite some time and thought I understood it. Then somewhere someone mentions that air under the wing has higher velocity than ambient thus a lower pressure than ambient. I couldn't find any other reference to this so here I am.

What this means is that, in a purely hypothetical situation, without the upper part of the wing generating a lower pressure zone the airplane would actually be pulled down because the pressure on top would be ambient thus higher pressure than the bottom.

This makes sense since hitting air molecules with the wings will cause them to accelerate and suddenly move faster than ambient, thus have lower pressure.

How accurate is this? 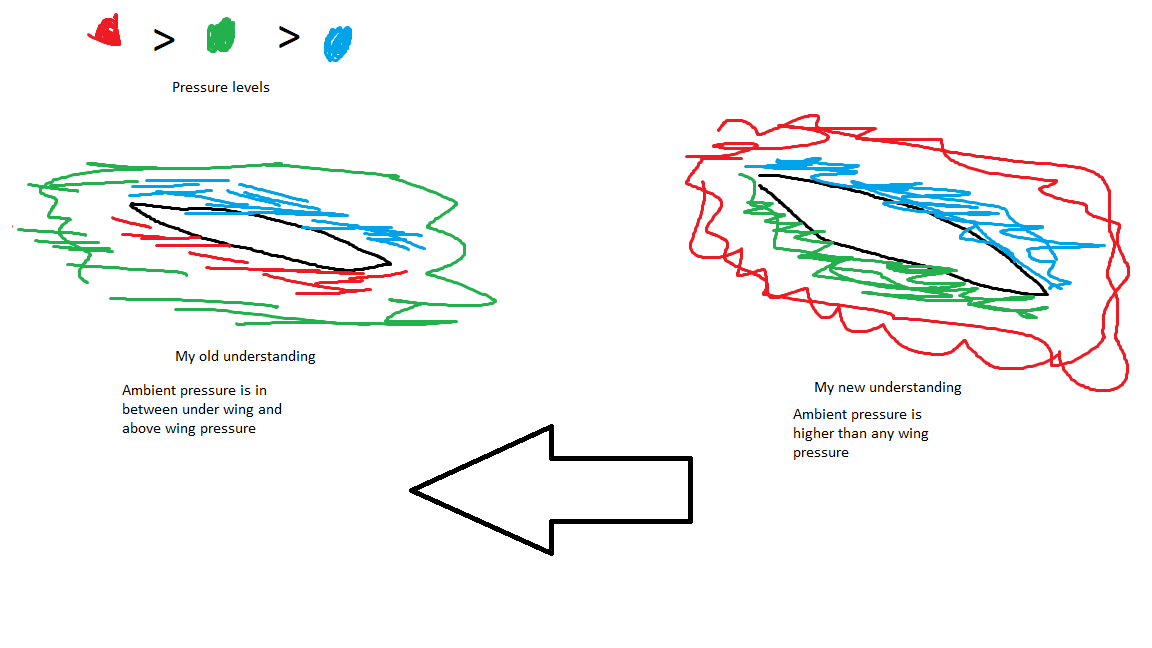 If the airfoil generates lift, pressure on the upper side has to be lower than on the bottom. Still, there can be suction (less pressure than ambient) on both sides.

For an extreme example, take the airfoil from US patent application 2004/0094659 A1 by Dan Somers. It tries to stabilize the boundary layer over the first 80% by creating an increasing suction over chord. The picture below is shamelessly copied from this application. 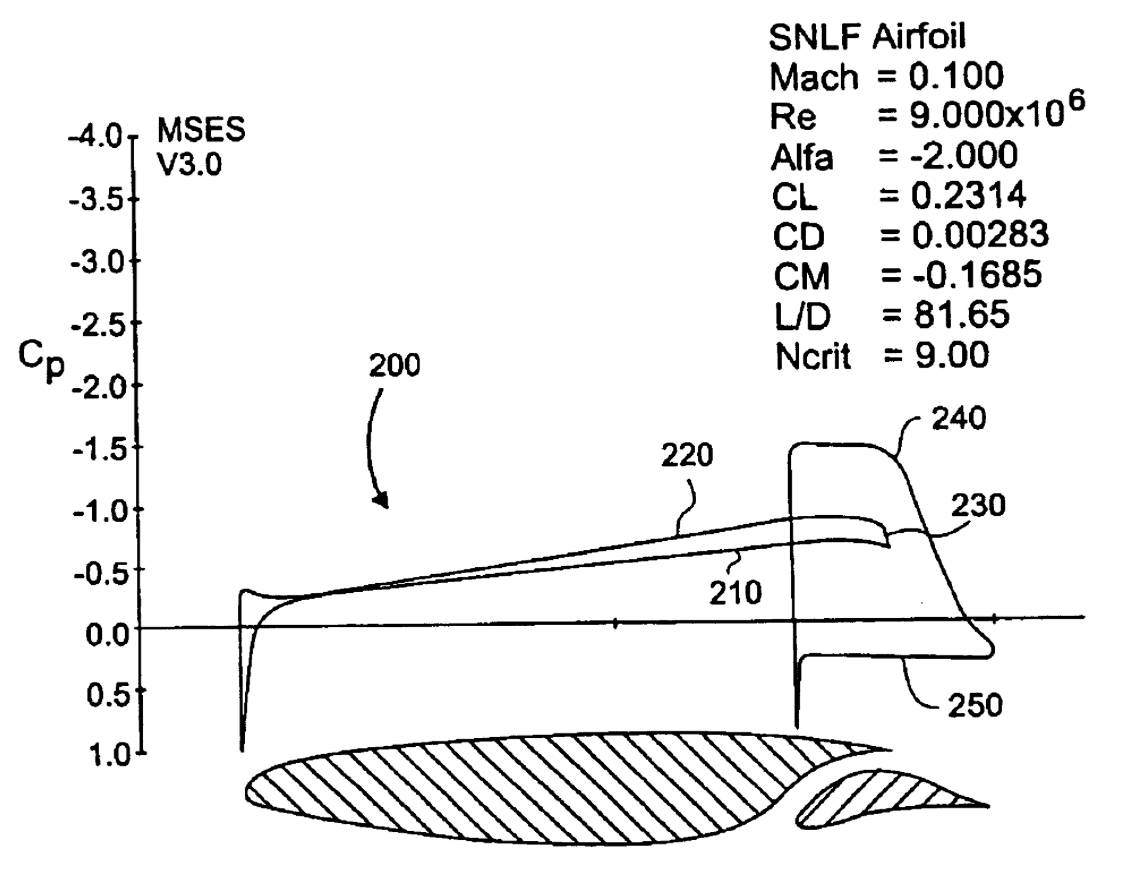 All lift is generated by the highly cambered flap while the forward wing will only start to contribute lift once the angle of attack is increased from the current value of -2°. Note that airfoils for high subsonic speed show the same philosophy of a rooftop pressure distribution over their forward part with high rear loading. Such airfoils exhibit a high pitching moment and require a larger tail surface for stability, which blunts their advantage of low drag a bit. The plot below is taken from US patent 3,952,971 by Richard Whitcomb and shows just such a transsonic airfoil with a weak shock on its upper side. 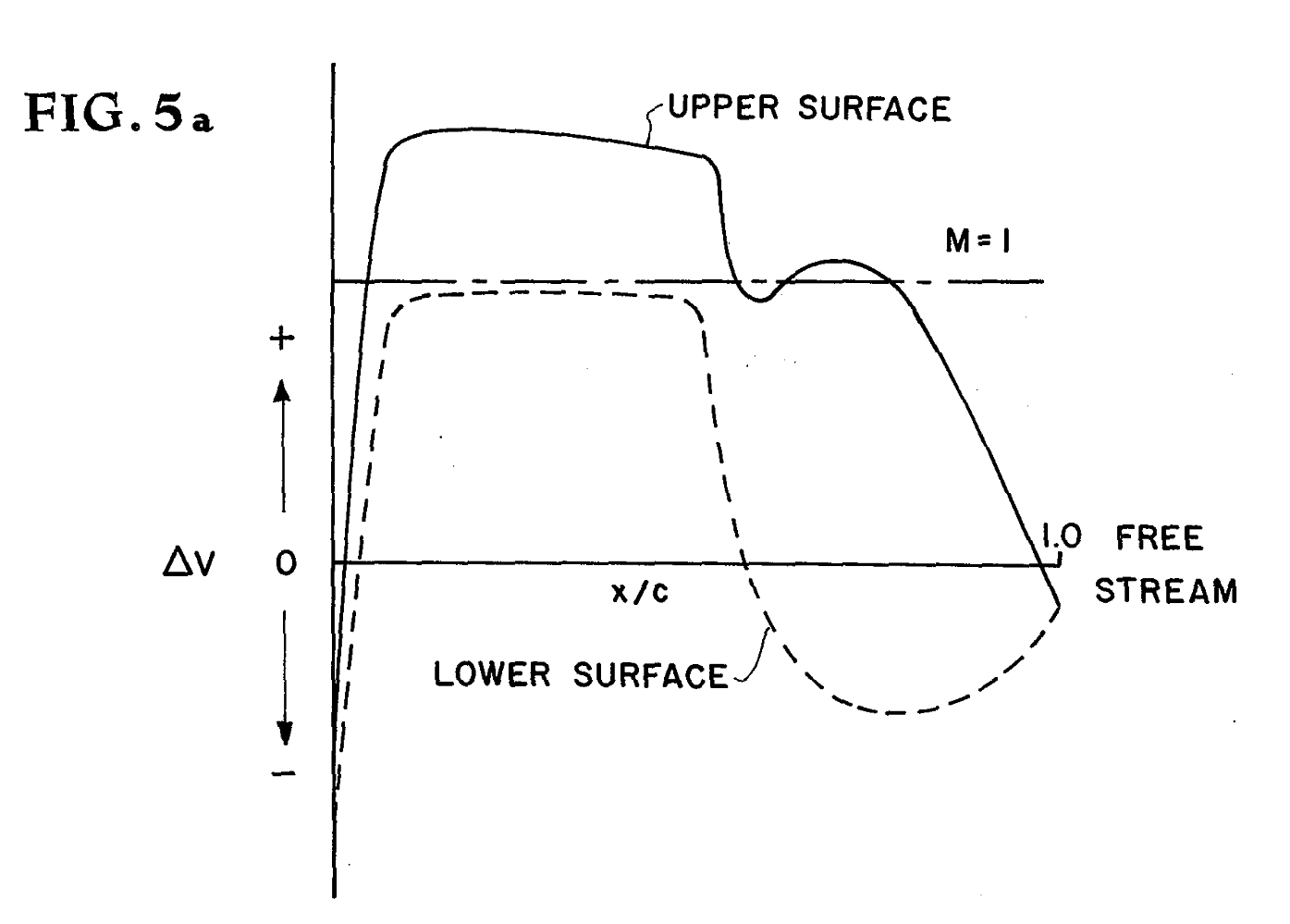 This plot shows the speed difference ∆v compared to ambient, and again higher speeds which equal more suction are positive.

All those airfoils will develop a suction peak at the forward end of the upper surface and a corresponding pressure increase on the lower side once the angle of attack is increased. Now a Birnbaum-type pressure distribution will be added and at high angle of attack, this effect will dominate the pressure distribution and will ensure higher than ambient pressure on the lower side. This effect will be the more pronounced the thinner the airfoil is - a thick airfoil exhibits a stronger displacement effect which adds a little suction on both sides.

hitting air molecules with the wings will cause them to accelerate

Not exactly hitting - it is air molecules flowing around the wing which will contribute a speed increase and hence a lower local pressure. This can best be seen by the pressure distribution around symmetrical airfoils at zero angle of attack. Note in the plot below that suction is on both sides and growing with airfoil thickness. Of course at that angle of attack those airfoils do not generate lift, but when an angle of attack is added, they will, and it will need a higher angle to push the bottom side of the thicker airfoil into the pressure region of negative c$_p$ values. 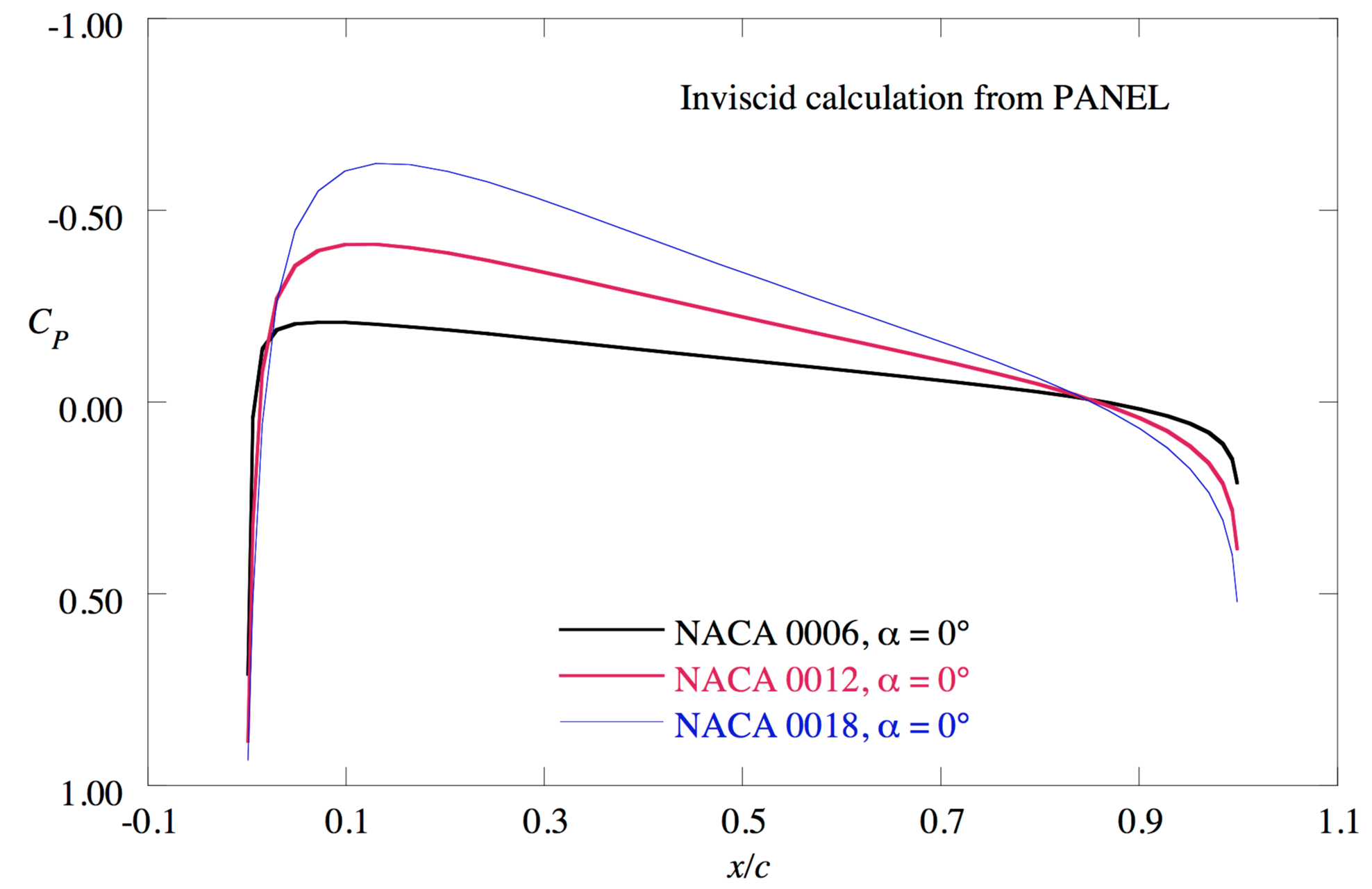 Ambient pressure is higher than any wing pressure

Not quite: Note that all plots show a pressure peak at the nose and a pressure recovery to slight overpressure at the trailing edge. While most of the pressure around a thick airfoil at low angle of attack is indeed lower than ambient, the stagnation point will always ensure that this is not true for all of the airfoil.

4
What is the pressure on the pressure side in relation to the freestream?
56
How do wings generate lift?
25
Why are heavy flaps better than just a bigger wing?
4
How to plot the pressure distribution over an airfoil?
8
Can a steady flow have stagnation points?
13
What is the actual air speed over and under a wing due to Bernoulli's Principle?
8
Is the low air pressure on top of the wing the major contributor to lift?
3
Is flow turning different from the Magnus Effect? If so, how?
2
Is a flying wing optimal for high altitude craft?
1
Why is subsonic lift at 25% of chord?
See more linked questions

24
Why is the wrong explanation of “air travels a longer distance and creates a lift” so popular?
30
Principle of aerodynamic lift: are misconceptions also taught in flight schools?
8
How does the slotted flap work?
3
How to read representations of pressure around an airfoil?
5
How does the relative wind on a propeller, strike the blade from behind (the non camber side)?
6
What is the effect of flow separation on lift, pressure distribution and drag?
14
What amount of lift would be created in the fallacious “lift from equal transit time” theory?
5
Is it possible to maintain horizontal flight with the angle of attack above critical value by increasing speed?
14
Why does a stall decrease lift, rather than increasing it?