I was recently travelling through JFK in New York City and saw the El Al 747, presumably arrived as ELY1 and departing as ELY4, sitting on the apron near terminal 4. What I saw was similar to as shown in the video capture below. The fellow plane-nerd I was travelling with claimed that it was parked there because the onboard missile defense systems of a El Al 747 include a pyrotechnic MAWS, which is considered dangerous to ground personnel. He claimed that this, in turn, is why the plane sits on the apron rather than at the gate or in a hangar (where it would be closer to maintenance personnel). 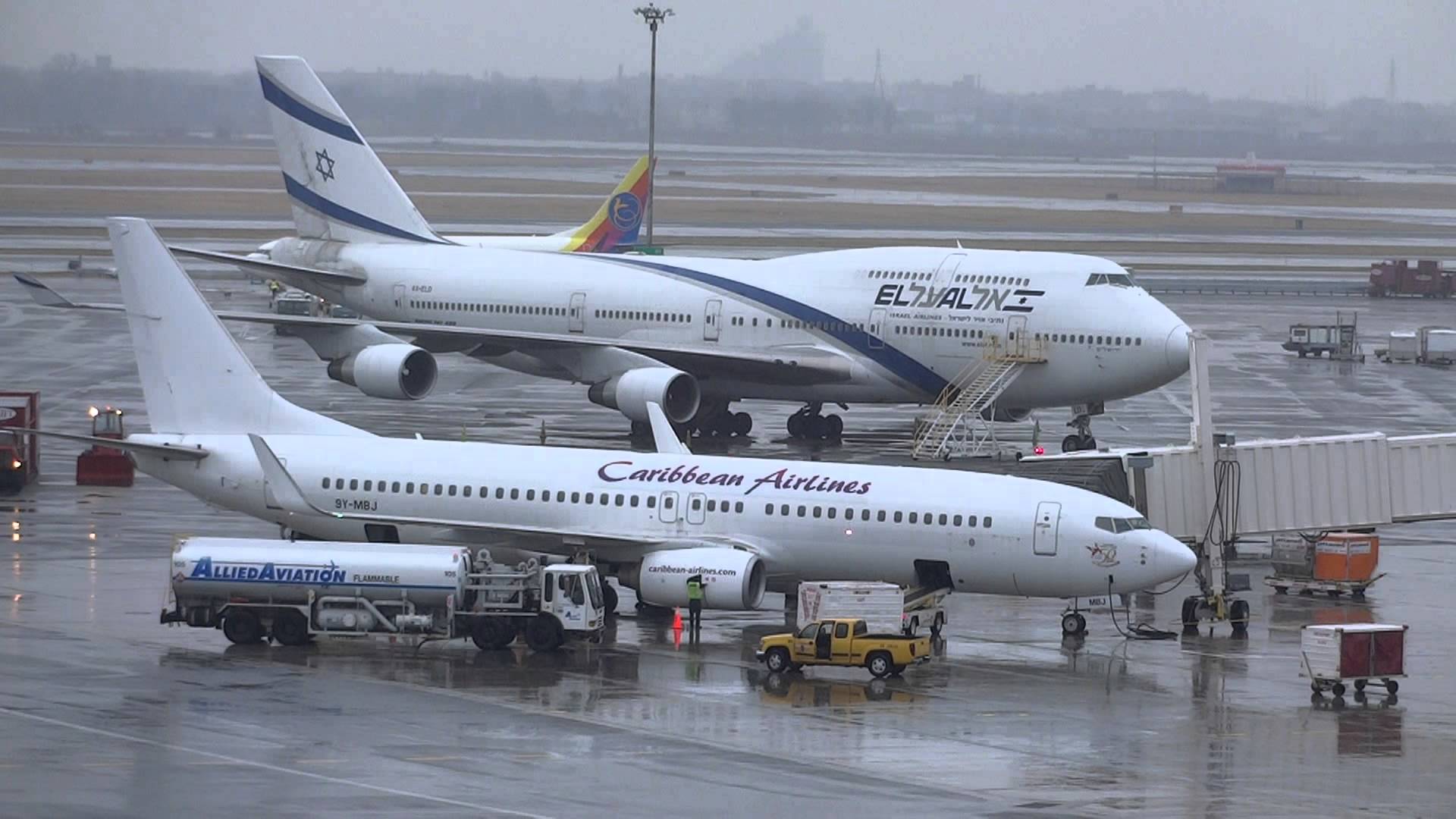 Which, if any, of these facts are true?

OR is this just a convenient spot to keep a massive object for the 5 hours it's not needed?

I would split these questions into three separate posts but they seem too closely related for that.

According to Wikipedia and ynetnews.com, the flare system burns at low temperatures and doesn't pose a danger. Nonetheless Europe in 2006 objected to it and Switzerland threatened to ground El Al if such system was found on board.

"If we catch Israeli planes fitted with this system in our airports, they will be grounded," a spokesman for the Swiss aviation authority told Der Spiegel.

A plane that is deemed unsafe, would be unsafe anywhere at the airport.

[The] new system, housed in a pod under the fuselage, employs an infrared missile-tracking camera, an "infrared (IR), ultra-violet (UV), or radar missile-approach warning (MAWS) sensor to detect a missile launch in the very early stages of an attack" and a laser system meant to jam the incoming missile’s "seeker" and "cause it [the missile] to be diverted away from the aircraft."

In this JFK time-lapse video, you can watch an Etihad plane being moved from the gate to a remote stand. At the gates is a parked El Al 747 as well. Later a Swiss airplane is towed from a remote stand to where the Etihad was.

Sitting from 5:10 am to 12:55 pm is most likely the reason for it being moved away from the gate. According to the Port Authority, if the Air Terminal Manager ordered an airplane to be moved and it didn't move within 10 minutes, the airplane is charged extra for each 15-minute delay thereafter.

Elal doesnt fly on Shabbat See Wikipedia That is why it is common to see it parked away from the gate.

17
How does the Guardian counter-MANPADS system work?
27
How common are missile defense systems on civil airplanes?
10
Why are Israeli planes followed by an armored police truck at ZRH?