Do pilots have separate volume knobs on the radio panel?

I have about two hours in a Cessna 172 so my instructor always managed the radio for me. I found it too loud at some times and too quiet at others. Can I tweak mine without bothering him? I forgot to ask last time. Is this the same for most / all planes or does it vary a lot?

For example, a popular panel, the Garmin 340 has controls on each side of the panel, left for Pilot, right for Co-pilot:

Another popular panel, the PS Engineering PMA-series only separates out the Crew from the Passengers. In that case, you'd want to use your headset volume control (see below)

There are a lot of audio panels out there, so you'd just have to see if the one in your airplane supports independent volume controls.

Additionally, there is a difference between the intercom (in-airplane communication) and radio (airplane-to-communication frequency) volume controls. Often the panel handles the master volume (the mix of both intercom and comm) volume. Whatever radio you're using (see below for an example using a popular GPS Nav/Comm the Garmin GNS430) will likely have a volume control for the Comm and Nav functions (the Nav - to listen to the audio broadcast from a NavAid). In this case, I set the volume I like on the audio panel and then adjust the Radio volume after. 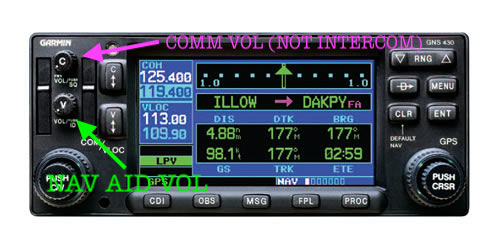 However, I think all (or 99%) of headsets have their own volume control, either inline on the cord or the adjustment is on the ear cup, so you can always adjust your own volume that way if the audio panel doesn't support it. 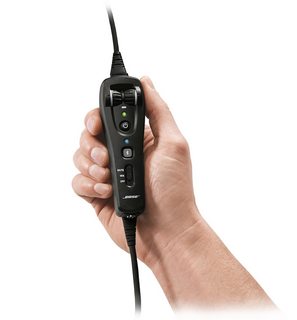 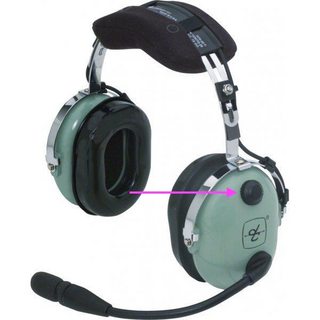 Related to all this is the question "what does the squelch do?" Essentially the squelch is the volume threshold needed to activate the mic (notice how you don't have to push a button to talk within the airplane?). If set too low, the noise from the engine will continuously activate the mic, set too high and it won't pick up your voice even if yelling or with the mic close to your mouth. It is usually adjusted by either an outer ring (look at the little diagram on the Garmin 340 where it says SQ), or in the case of the GNS430, you push the volume knob in to adjust it. Other equipment, you pull the knob, so it's really a matter of getting to know your avionics! A friend of mine once said, what you really need to know to fly a plane, is how to work the radio!

Yes you can, on your typical training cessna or piper the intercom and radio volumes are separately controlled. The radio will have its own volume knob and the intercom will have another, like this:

If the radio is fine but the intercom is too loud then turn down the volume on the intercom, and vice versa. If they're both too loud turn down your headset's volume control if you have one. Work with your instructor to find a balance that works for you both.

The other intercom knob is the squelch, and is worth mentioning. If the squelch is too low then you'll get a lot of engine noise in the background, if it's too high then you may not be able to hear yourself. I turn the squelch until the engine noise disappears then then just a bit further.

Not the answer you're looking for? Browse other questions tagged general-aviation equipment headset or ask your own question.

0
Volume differences between intercom and outside communications

18
Why have cargo hybrid airships not succeeded in the market?
3
Is the number of private pilots increasing or decreasing?
1
Why does the U.S. have so many general-aviation aircraft?
4
To use the equipment suffix “G”, does the GPS have to be certified for IFR?
3
Why does the Hinch Mountain VOR (as an example) have void areas below certain altitudes published in the U.S. Chart Supplement?
4
Instructor can't talk when H10-13.4 is plugged in
5
Can you turn off the instrument panel lights?