How does the capacity of 2 parallel runways compare to single runway?

Under IFR, what is the capacity of 2 near parallel runways and how does it compare to mixed mode single runway? 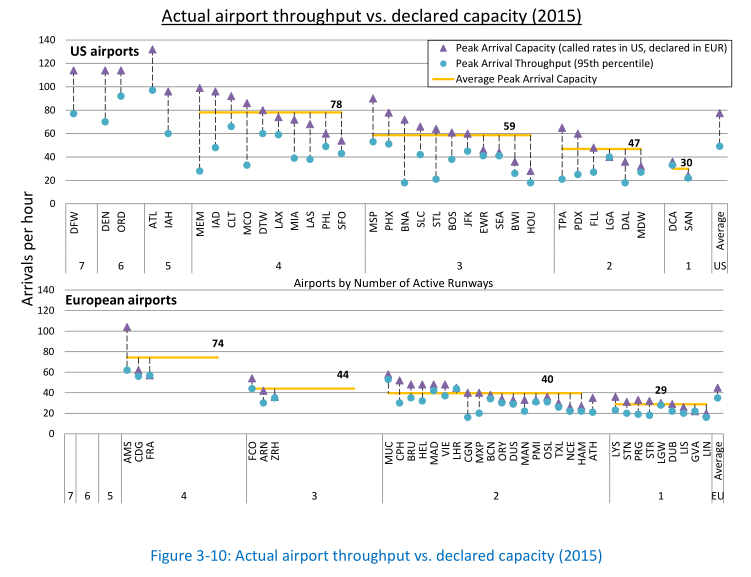 It depends if the 2 runways are operated in mixed or segregated mode.

For the US, the two active runway case average value (47) is influenced by the ability to operate in mixed mode with independent runways for Tampa (TPA) and Portland (PDX). Otherwise the grouping is more comparable.

The average is between 40-47 arrivals per hour depending on the mode of operation, the higher value being influenced by the mixed mode operation.

I'd be careful with the interpretation (since you tagged it IFR), because one of the reasons you see a larger gap between the declared and actual for the US compared to Europe is because in the US the capacity is typically declared based on visual meteorological conditions. This is discussed here:

34
Why are visual approaches (in the US) preferred by US pilots, but not European pilots?
17
Why so much ground time at Frankfurt Airport?
13
What are the practical impacts of airports in the US being mostly IATA Level 2?