What is the meaning of the letters on the side(s) of WWII British aircraft?

WWII British Spitfire and Hurricane had identification letters on the side of fuselage. Do they have a specific meaning? How are the letters chosen?

Spitfires had a few different markings, but primarily there were two. One, written in smaller, often black, text was the aircraft serial number and stayed with it for its entire life. The other, usually either side of the roundel was the squadron and airrcraft id:

XT was 603 Squadron. So if a Pilot of that squadron was told to go and "Fly Delta" he would know to go to that specific aircraft. Aircraft would have been lettered in sequence, Alpha, Bravo, Charlie etc.

There were some exceptions; to wit

...Thus the famous Douglas Bader was allowed to have the letters "D-B" painted on the side of his Spitfire VA, because he commanded the Wing flying from Tangmere Aerodrome. Bob Stanford-Tuck, commander of the Biggin Hill Wing had a Spitfire with "RS-T" on it. source

The markings during WWII went through various stages, all are covered very nicely in this scanned RAF publication (.pdf; >20 MB). 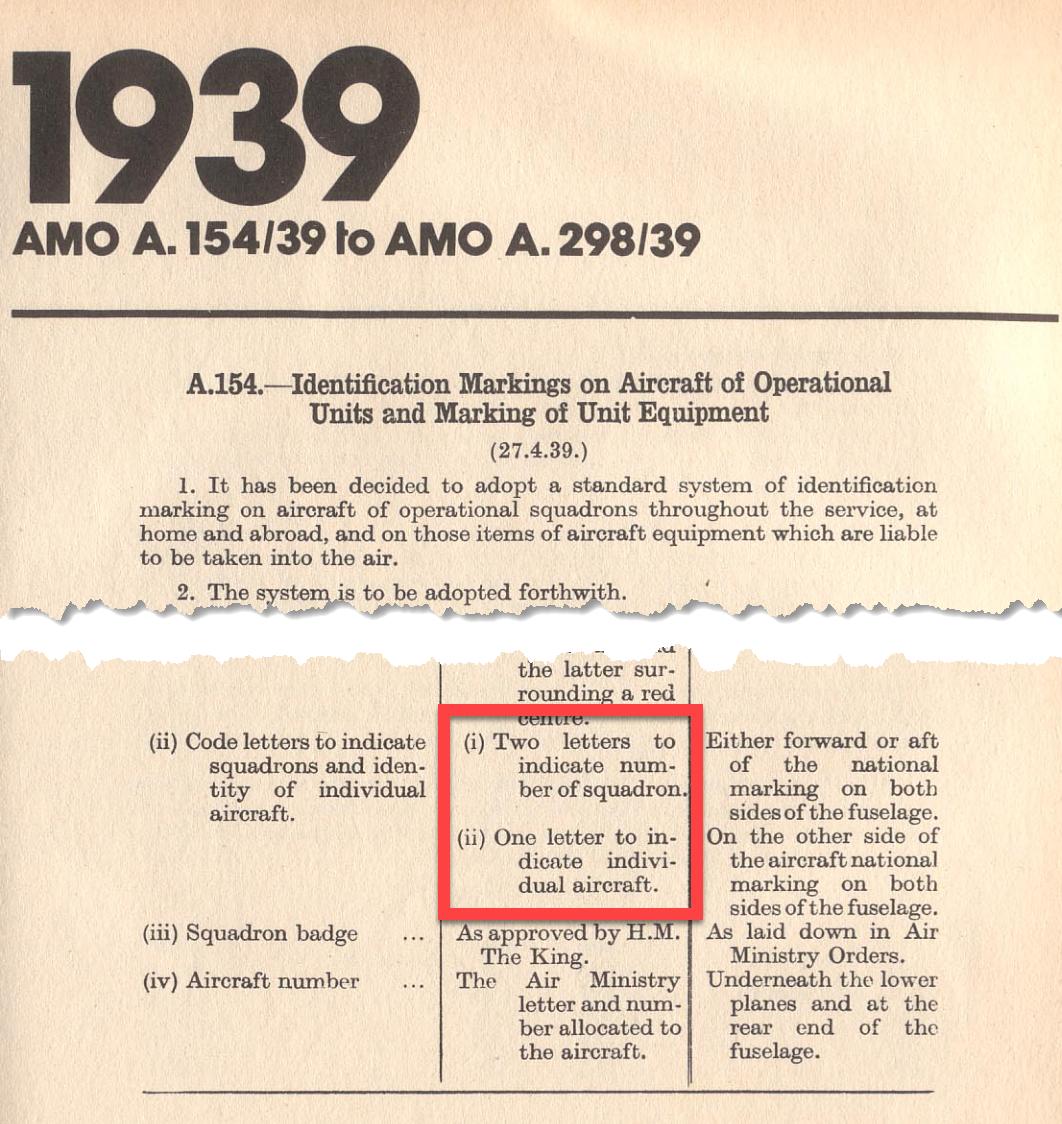 There is also the 'List of RAF squadron codes' on Wikipedia.

Not the answer you're looking for? Browse other questions tagged aviation-history aircraft-marking or ask your own question.

14
What operational differences were there in WWII for constant speed vs. fixed pitch propeller warbirds?
9
Why did the early versions of the Me-109 use a braced stabilizer?
34
How were bullets fired through the propeller in the Focke Wulf 190?
12
Did British aircraft fly at a specific speed while returning from missions during WWII?
8
What methodology did ICAO use to create the overall code nomenclature for airports?
2
Has a pilot ever been disciplined for taking a guest for a flight in a single-seat fighter aircraft?
13
Did the Germans ever use captured Allied aircraft against the Allies?
9
Why paint a British roundel on a non-British Lynx?
1
When in 1982 did ICAO start using three-letter airline codes?