Are you cleared to next altitude when you get "direct" while flying SID? 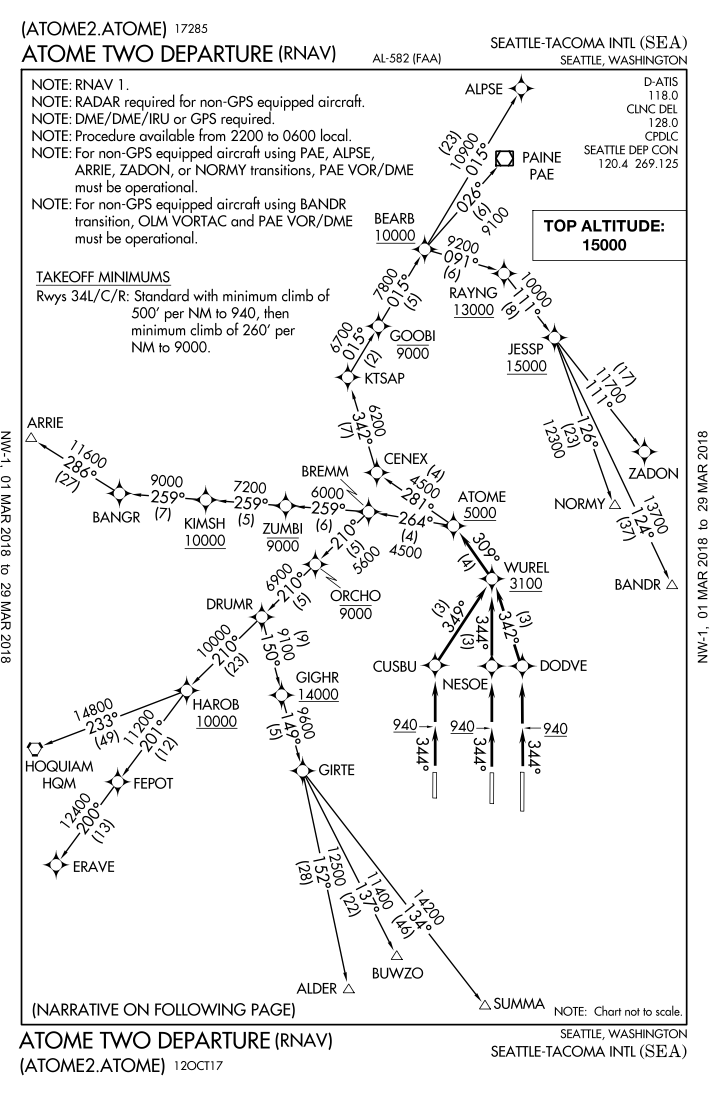 Let's say you just took off from the TACOMA airport and were flying ATOME TWO DEP. ARRIE transition. The Seattle tower instructs you "direct to ZUMBI" and to contact Departure, and you contact Departure and report "Departure, N1234, passing 2000, direct ZUMBI." If departure just replies "N1234, Departure, Radar contact," are you cleared to the next altitude of KIMSH (at or above 10000ft) or should you maintain 9000 until Departure gives you higher?

As an example, say you receive an IFR clearance from clearance delivery prior to departure such as: "N1234 cleared to Los Angeles Airport, ATOME TWO DEPARTURE, ARRIE Transition, Q-One Forty-five, climb via SID, Squawk 2252, etc." Then, after passing 2000 ft. if the tower controller instructs you to "proceed direct ZUMBI" then he/she (controller) should issue you an altitude assignment because you are being taken off of the lateral path of the SID. In the alternative the controller could assign an altitude by using the phraseology (or similar) "N1234 proceed direct to ZUMBI, climb via the ATOME TWO departure." The "climb via" verbiage in this sequence is the equivalent of assigning an altitude.

After switching frequencies to the radar controller he/she should instruct you (for example) "after ZUMBI climb via SID" (assuming that ATC wants you to meet the KIMSH restriction and climb to the published Top Altitude of 15000 ft).

(Although the reference paragraph and note, as it is published in the controller's handbook, is an example when a deviation around weather is necessary, the principle underlying my explanation is the same (there is just not an example similar to the circumstances you describe in your question).

After a Climb Via or Descend Via clearance has been issued, a vector/deviation off of a SID/STAR cancels the altitude restrictions on the procedure. The aircraft’s Flight Management System (FMS) may be unable to process crossing altitude restrictions once the aircraft leaves the SID/STAR lateral path. Without an assigned altitude, the aircraft’s FMS may revert to leveling off at the altitude set by the pilot, which may be the SID/STAR’s published top or bottom altitude.

Also, from the FAA's Pilot/Controllers Procedures & Systems Integration Workgroup FAQs regarding "Climb Via" procedures, here is an applicable Question and Answer (FAQs Climb Via):

The main point is that a clearance to fly a SID that contains a Top Altitude and verbiage that includes "Climb Via" assumes that you will fly the lateral route as published, thereby committing you to meet the altitude restrictions. If you are taken off of the published lateral routing ("cleared direct" to a fix somewhere down-range on the SID) the controller needs to issue you an altitude assignment since you (while proceeding direct to ZUMBI) are no longer on the published SID lateral route. In the alternative the controller could assign an altitude by using the phraseology (or similar) "N1234 proceed direct to ZUMBI, climb via the ATOME TWO departure." The "climb via" verbiage in this sequence is the equivalent of assigning an altitude.

From the NBAA Access Committee briefing regarding "Climb Via" procedures: (NBAA Climb Via Briefing) showing ATC Phraseology when being cleared direct to a fix on the SID. 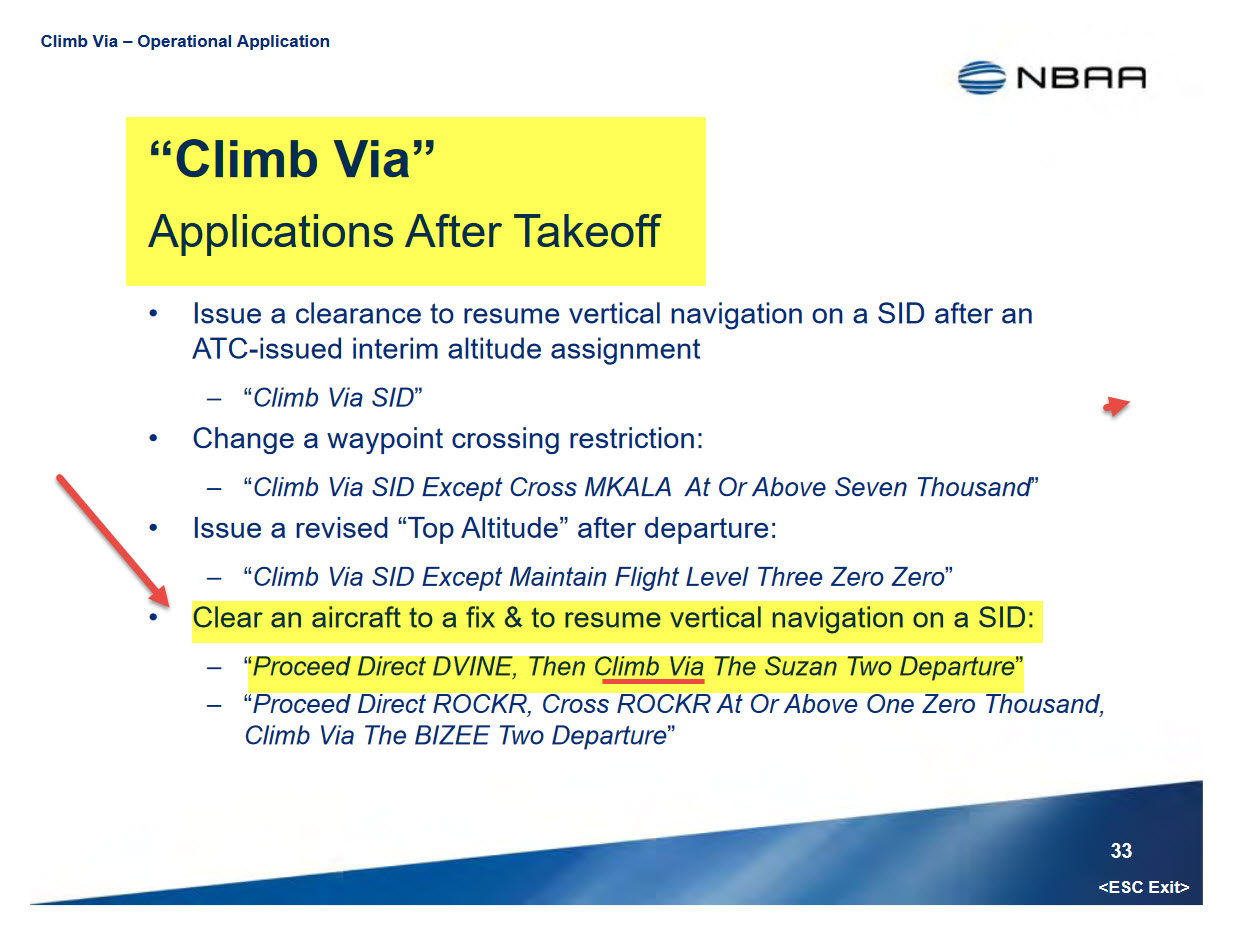 Pictorial display from the NBAA briefing (see link above) of pilot/controller responsibilities and phraseology when being cleared direct to a (down-range) fix on the SID after departure: 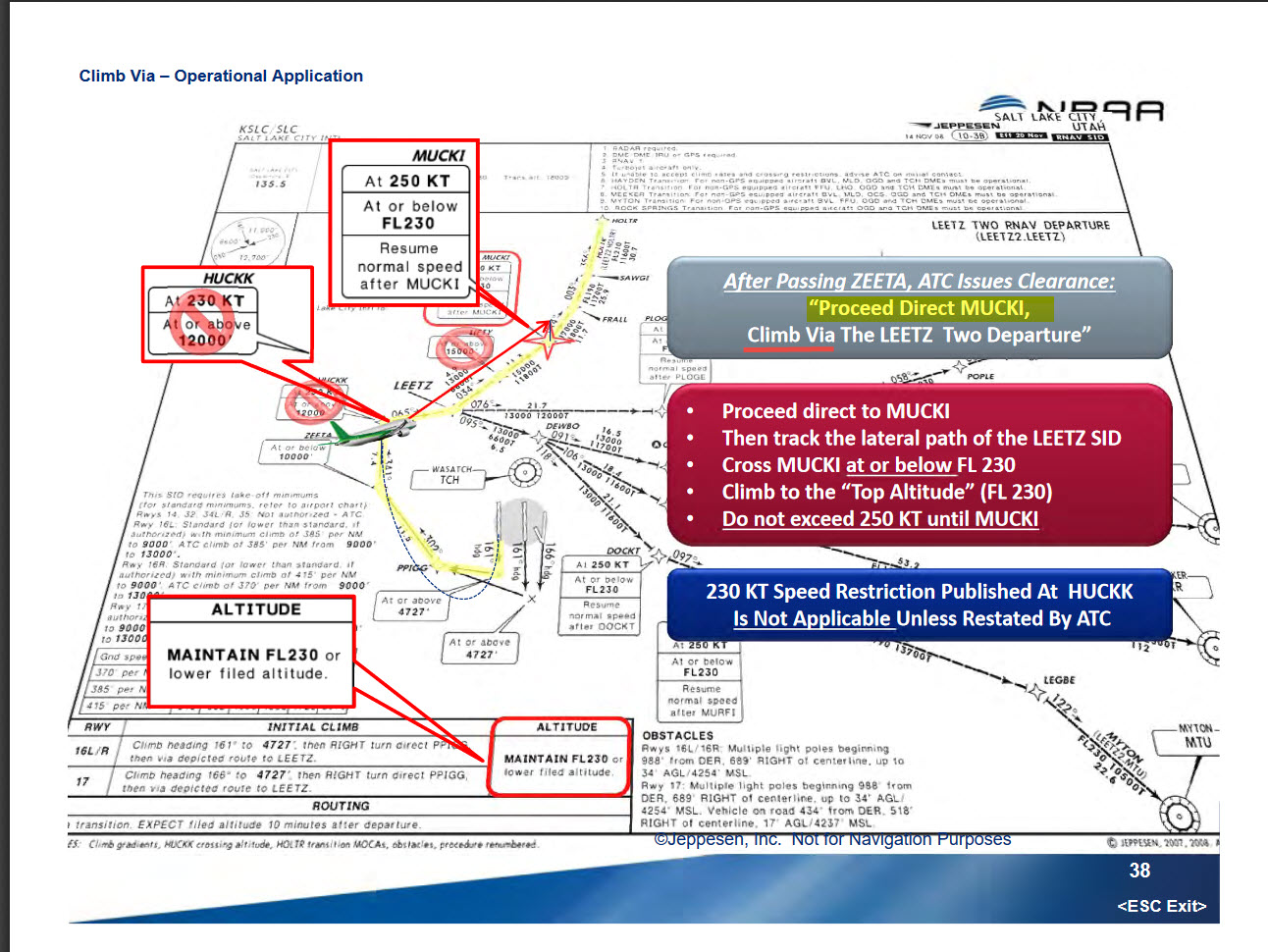 If the controller did not issue me an altitude instruction ("maintain," "climb via," etc.) upon taking me off of the SID I would have asked for one.

Given the clarification in the comment, that the initial clearance was to Climb Via the SID...

You’re still cleared climb via, even with the turn direct, so not above 9 until past ZUMBI, but as soon as you are past that fix, climb up to 15, making sure you’re at or above 10 at KIMSH.

To address some things in the comments for the other answer:

When you're cleared OFF of a SID or STAR that you'd been climbing/descending via, you're in a no-man's-land of ambiguity: can I immediately climb/descend unrestricted to the top/bottom altitude as published, or does the controller need me to stop at something prior to that altitude -- perhaps to maintain separation with other traffic?

In the case of the OP's question, you still have the (only) hold-down point in front of you: ZUMBI at 9. There was nothing before that would keep you from climbing straight up to 9, so why stop any sooner than that after the direct? And, after ZUMBI you'll still be on the SID routing, which gives you a climb to 15, so nothing changed there either.

As for what the controllers ought to be doing, maybe they need to give you an altitude clearance with every shortcut no matter how inconsequential, but if they don't there is no ambiguity in what the pilot still needs to be doing here.

Getting vectored off the procedure (or, potentially, a shortcut that bypasses ZUMBI) is an entirely different story: you absolutely need to query the controller if he doesn't state an altitude clearance in that case. If he needs you to go no higher than 9 until past the line of arrivals that cross the departure path near ZUMBI, he should make that clear. Or if nobody is on that arrival path & you're good to climb unrestricted right now, he should tell you that as well. But in the OP's question as stated, this isn't ambiguous. The shortcut mentioned doesn't bypass, nor introduce, any altitude restrictions.

Not the answer you're looking for? Browse other questions tagged instrument-flight-rules sid-star or ask your own question.

16
Are you required to report leaving an altitude if you have been given a crossing restriction?
16
How do you open and get a IFR clearance while in the air?
19
Lost radio communication after take-off in IMC - what are my options?
6
Are pilots required to notify the tower when they are flying "under the hood" for IFR training?
8
Is the phraseology in the early portion of the movie The Net realistic?
8
How to guess the actual name of the SID, waypoint, etc., if you have never seen it when told by ATC?
14
What altitude should you cross DBIGE at on the PALLEY FIVE Departure (SID)?
5
What does it mean to fly a procedure turn?
2
Why are planes flying in a zigzag path over Long Island when approaching JFK?