Why did my IAH-SYD flight avoid Mexican airspace?

I'm on UA101 tonight, the very long IAH-SYD nonstop operated by United. If we look at Flightaware's routing for the flight (verified by the seatback moving map display) it's clear that we departed IAH, flew over El Paso and into southern California, left US airspace just west of Los Angeles, and then proceeded on the "normal" transpacific routing to Sydney. 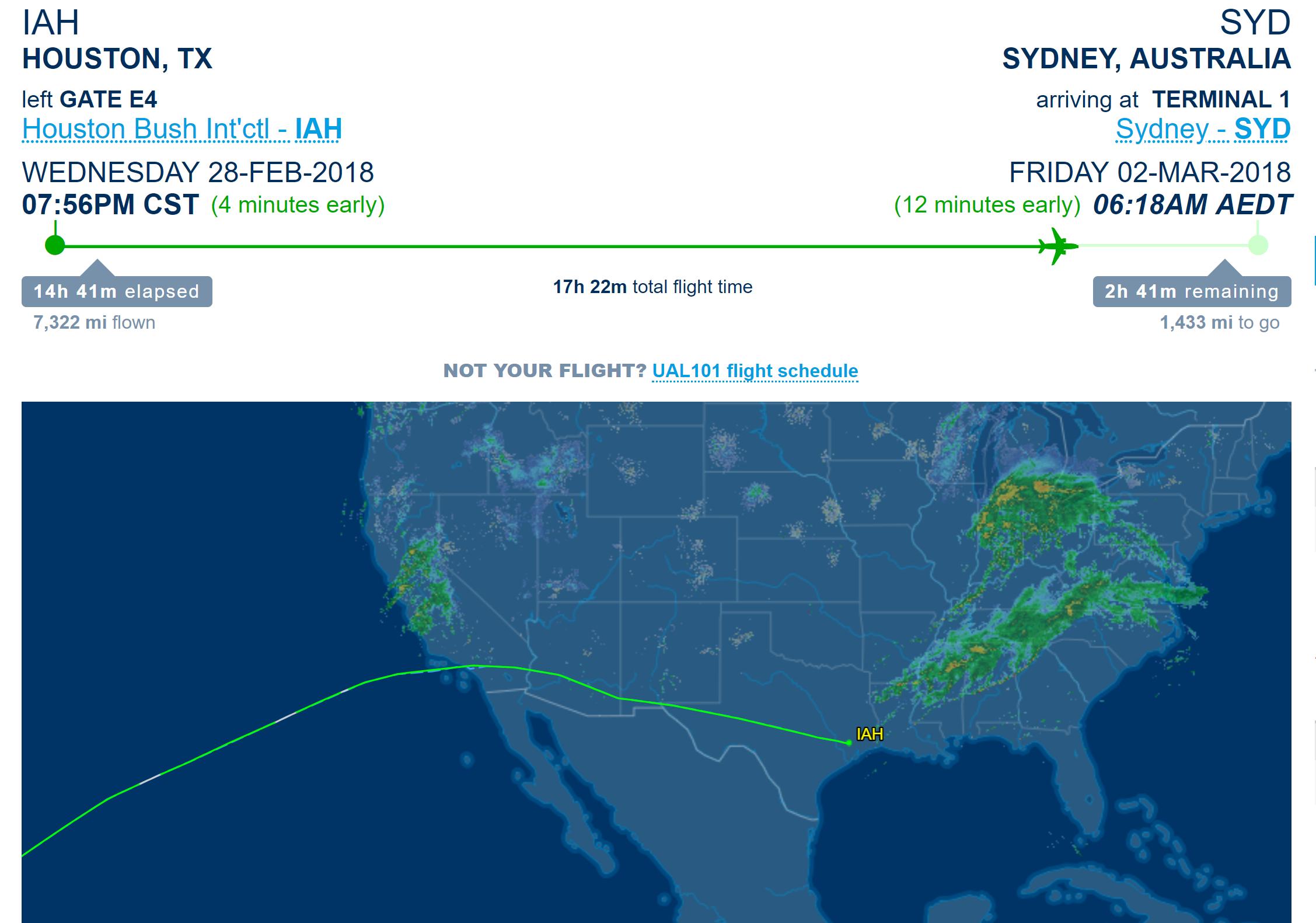 What I can't figure out is why we specifically took this routing: it certainly appears that the point was to avoid overflying Mexican airspace, but I can't figure out why. United and lots of other US airlines provide service to Mexico so it's not like the airspace is off limits or anything. According to gcmap.com the routing we took tonight adds about 300 miles (~40 minutes) to a route that is already VERY long, and the 787-9 that we're on has to be very nearly at MTOW anyway, so adding another 40 minutes of fuel is on the heaviest (i.e. most expensive) marginal part.

The economics of airline travel don't usually allow for things like this - burning a few thousand extra pounds of Jet-A doesn't make for good business. Now obviously there's some reason for this routing, but I can't figure out what it might be. I also looked at a few of the other routings for this same flight, and just a couple of days prior the flight did take a more direct routing over Mexico on the way out.

Though routing this far north seems to make the flight about 200 miles longer, flight duration doesn't exactly correlate to route length. For a flight this long, wind plays a large role.

Take a look at the image below of the current wind forecast from ADDS, with the two flight paths in blue. You can see if they took the southern route over Mexico they would be flying directly into a pretty strong headwind. But by going further north, they can fly in much lighter wind conditions. 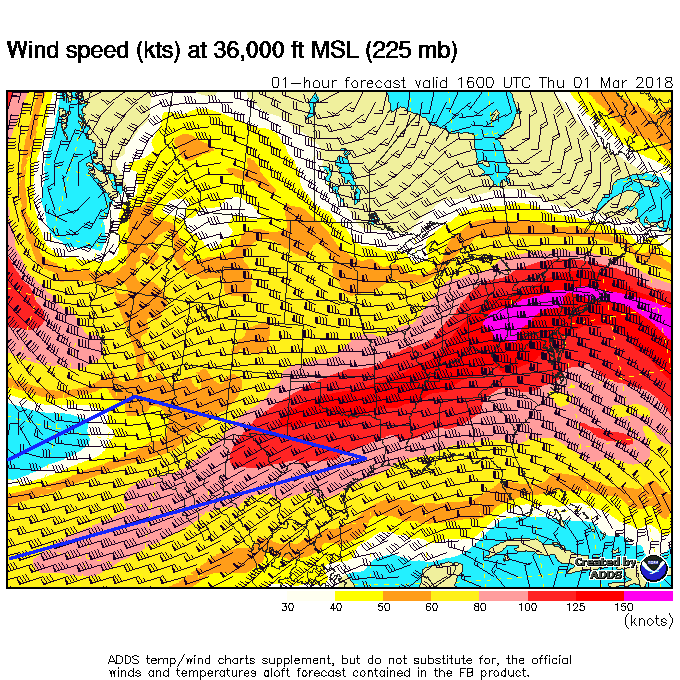 Not the answer you're looking for? Browse other questions tagged routing or ask your own question.

30
Why would a flight from Frankfurt to Madrid fly over London?
2
Why would a flight take a detour on clean weather?
17
Why don't aircraft fly direct via oceanic airspace from UK to Iceland?
22
Why was the Iraqi airspace closed on 12 Mar 2020?
4
Why is this Jordan–Afghanistan flight avoiding airspaces in the Middle East despite being used by other flights?
1
Why did our flight avoid the Black Sea?