What is the mathematical relation between CLmax and Reynolds number?

I know that Reynolds number influences CLmax, but I am not able to find any formula with which I could plot a graph!

Details depend on the particular airfoil shape, so a general formula does not exist. However, there are many plots of how maximum lift varies over their Reynolds number for groups of similar airfoils. 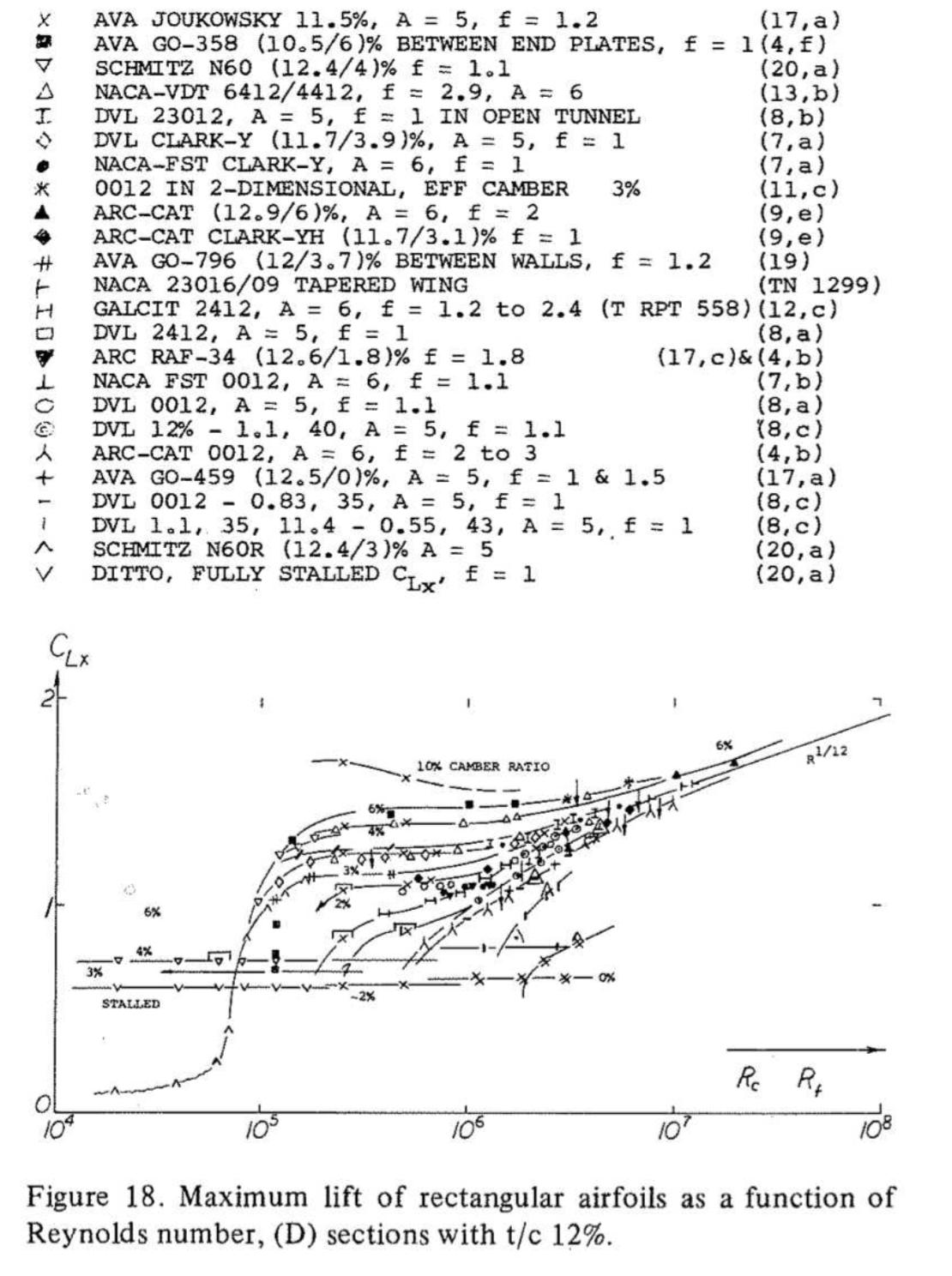 Note that the Reynolds number has a logarithmic scale and shows a linear dependency with lift coefficient above Re = 10⁷. So for large Reynolds numbers you might approximate the maximum lift as something like $$c_{L_{max}} = 0.3\cdot log(Re) - 0.5$$ but there is rather little experimental data to support or refine this approximation.

Not the answer you're looking for? Browse other questions tagged aircraft-design aerodynamics lift airfoil or ask your own question.

6
What is the effect of flow separation on lift, pressure distribution and drag?
0
If airfoils at low speed generate higher coefficient of lift, why is it not reflected in airfoil polars?

10
Does lift coefficient vary with the wind velocity for a given angle of attack?
11
What is the relation between an airplane's altitude and the drag it is experiencing?
8
How does Reynolds Number affect skin friction drag?
5
How to determine if flow transitions or separates from a Cp plot?
3
Does zero-lift angle of attack depend on Reynolds number?
3
Is it possible that as the Reynolds number increases, a laminar bubble increases in extension?