Where do aerodynamical contrails get their condensation nuclei from, when forming at high altitude?

On this website, it is explained how aerodynamical contrails form:

It’s formed by the reduction of pressure in the air as it moves over the wing. When the pressure of a gas falls, then its temperature also falls (the same principle as is used by your refrigerator). The reduced temperature cause small drops of water to condense, which then may freeze. The (frozen) drops get larger as more water condenses on them.

Here is a photo of aerodynamical contrails forming at high altitude: 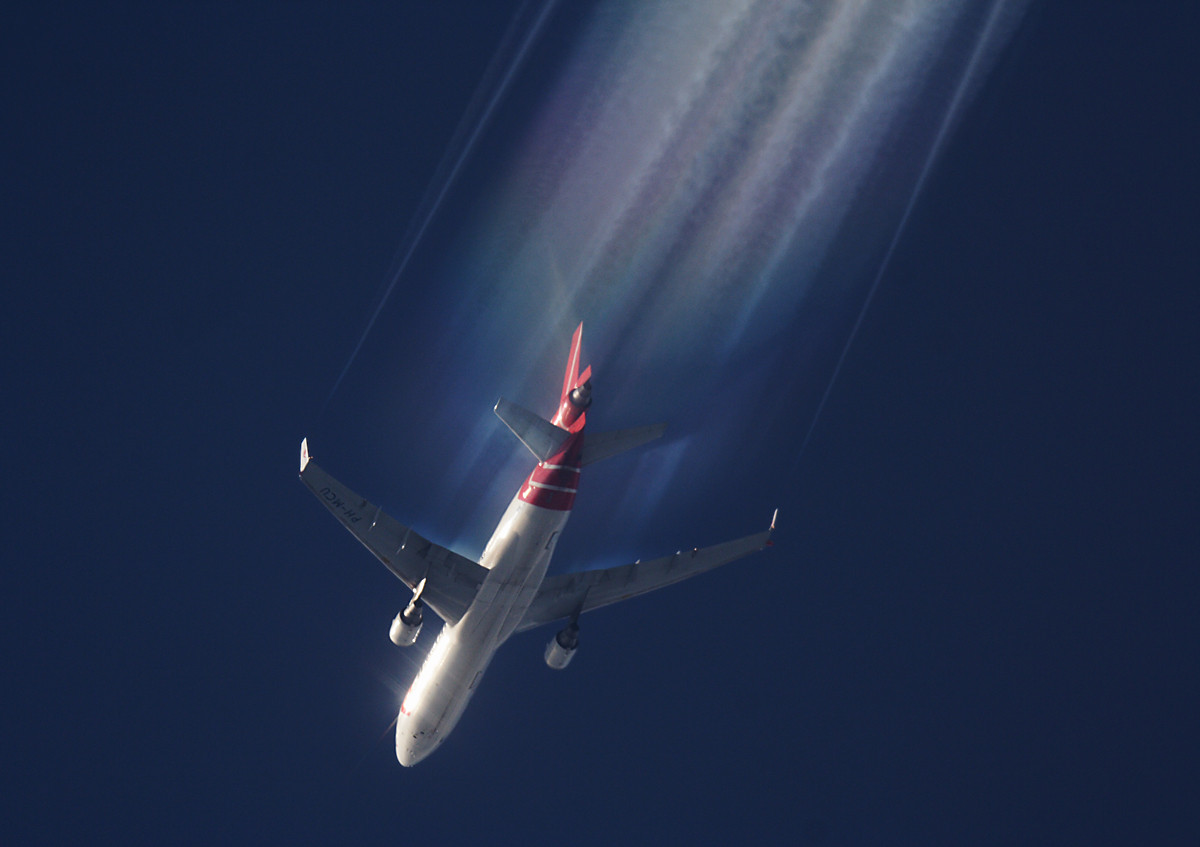 I think the water vapour condenses on the wing, but I need to know it for sure. 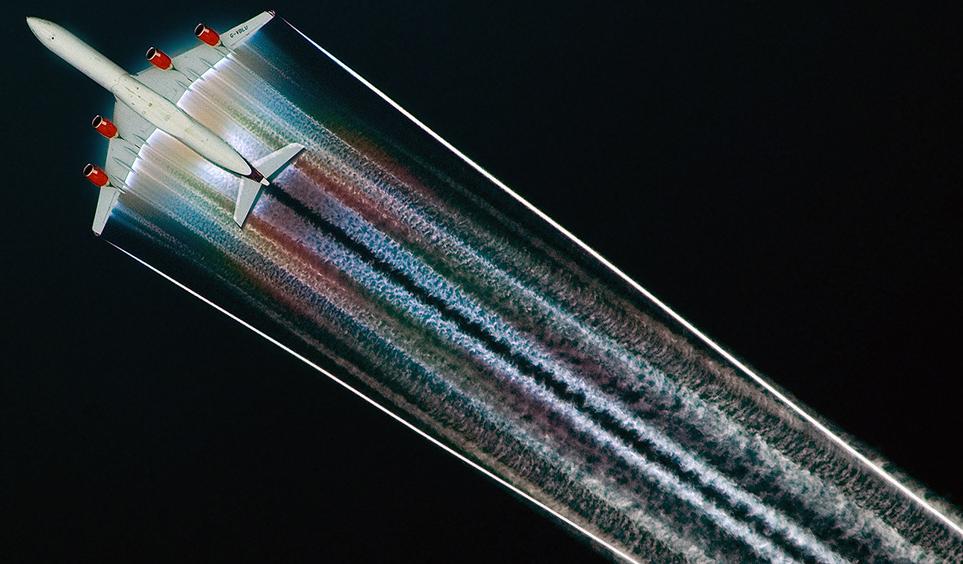 Those are called aerodynamic contrails, and when they are colorful as the picture above, they're called rainbow contrails.

What you see is condensation due to a change in pressure. Pressure and temperature are related by the ideal gas law. Warmer air can hold more humidity, colder air holds less. It's usually seen with fighter jets, such as this one 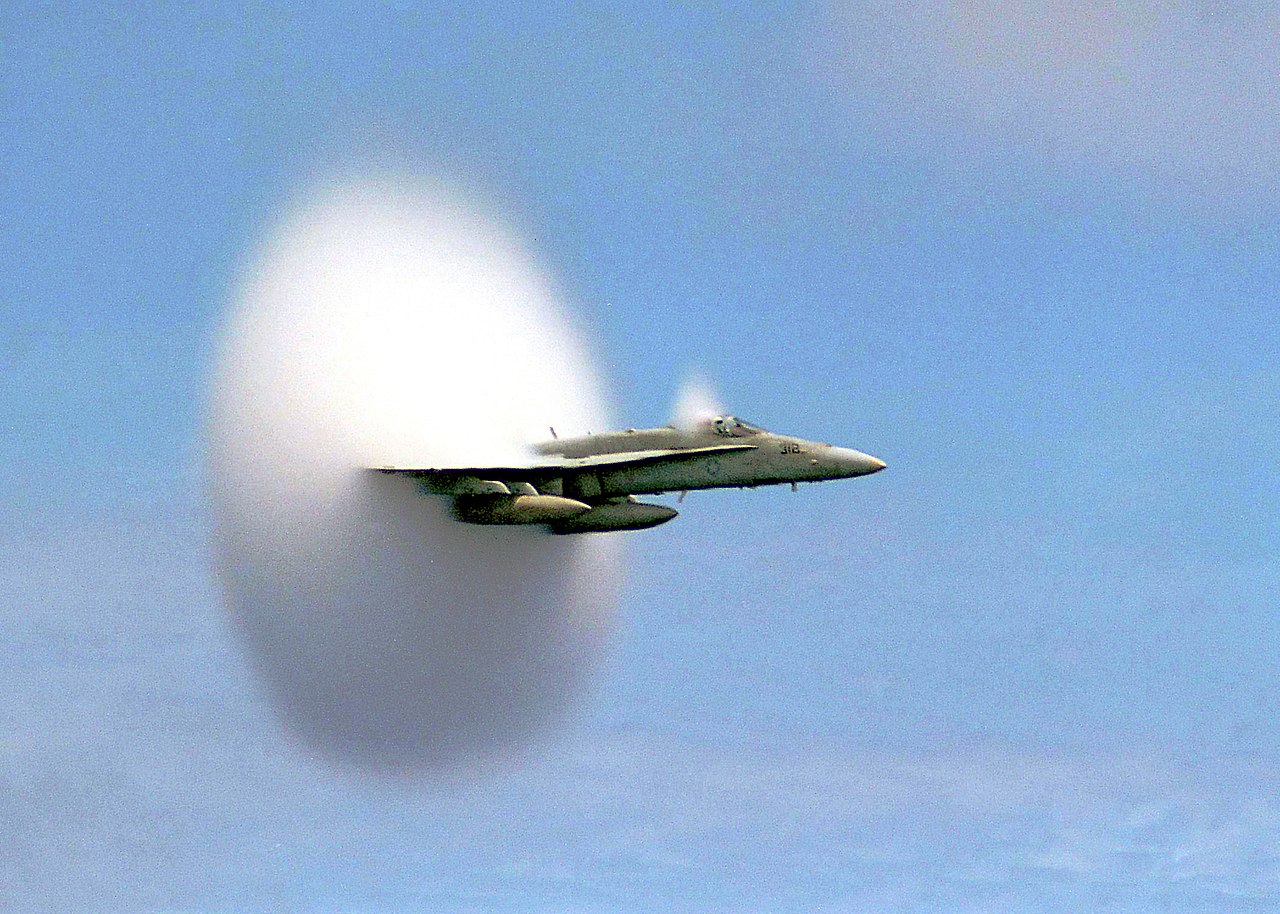 Condensation in free air requires condensation nuclei, they probably exist high up in the atmosphere as can be seen by cloud formation at altitudes up to 13km. 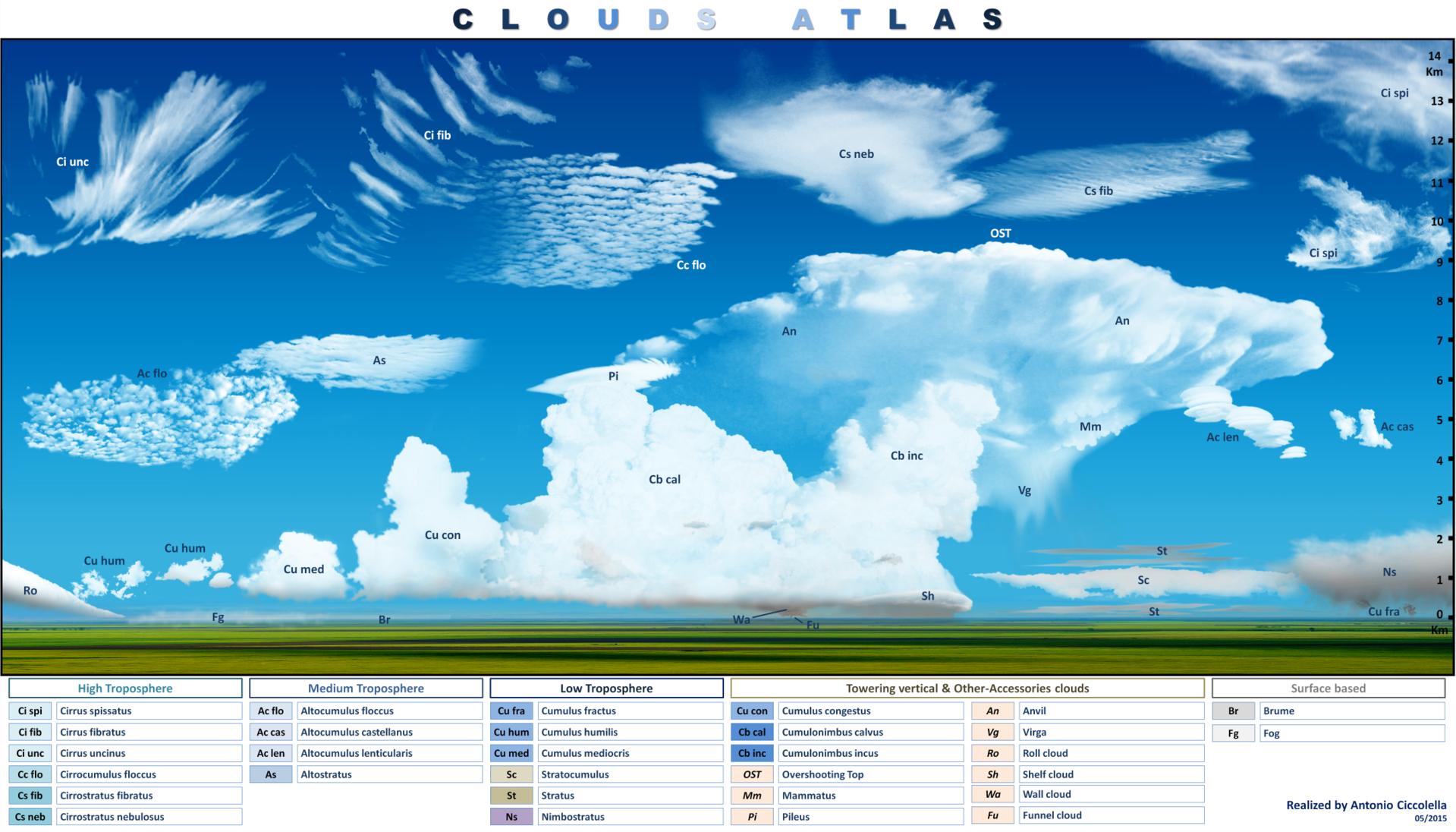 Condensation nuclei are abundant in the atmosphere. Sea salt particles, atmospheric mineral dust, and lots of different aerosols, including anthropogenic air pollution particles are always present, and serve as condensation nuclei. That's why clouds can form at all, and that's why your breath can condense in cold weather. There is more info at https://www.e-education.psu.edu/meteo300/node/671