To my amateur eye, there appears to be limited fuselage on the engines for Sukhoi fighters from Su-27 on. That is, the fuselage follows the curvature of the engines closely and there is a definite material difference between the adjacent fuselage. 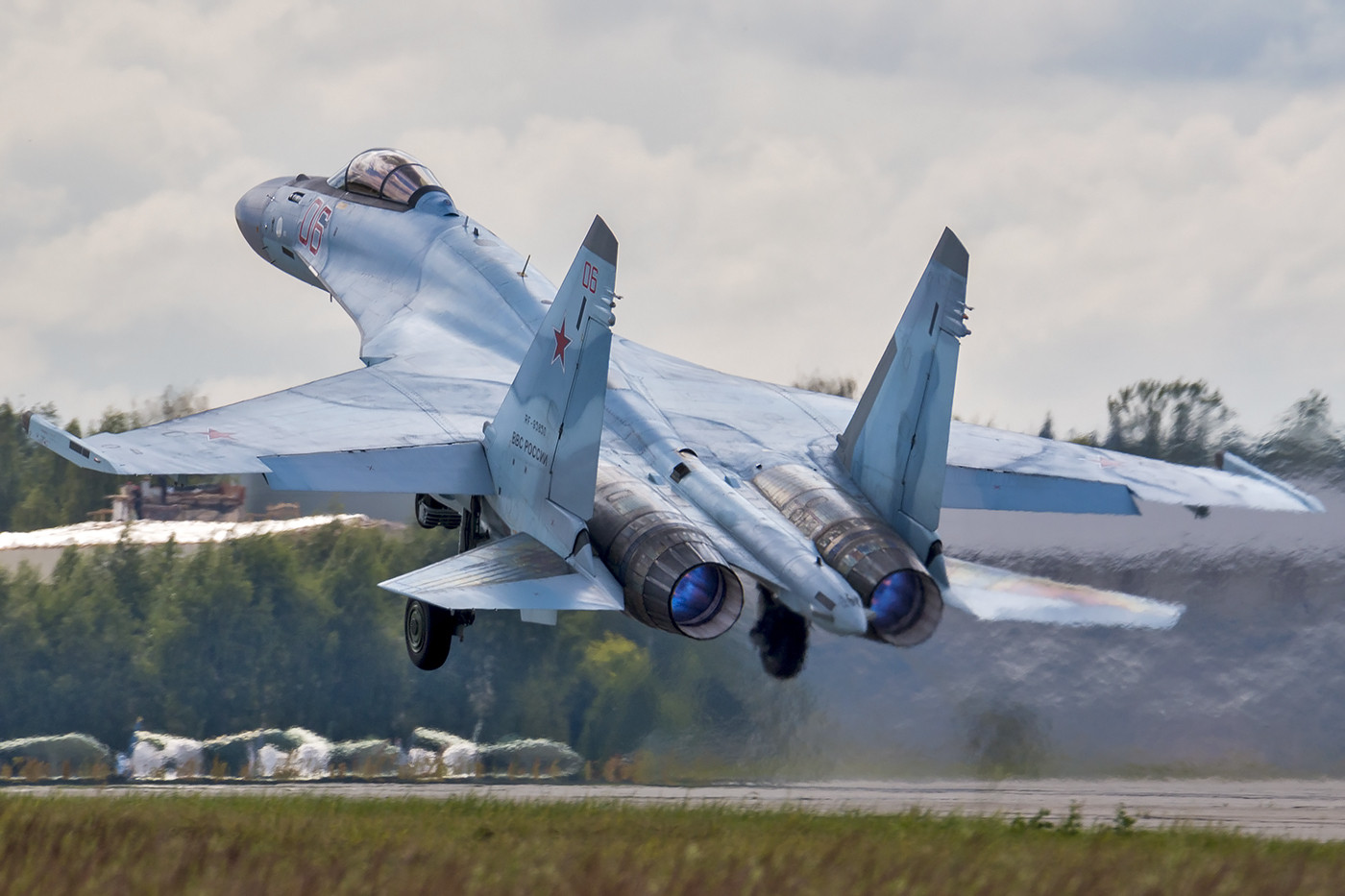 This seems to be a characteristic specifically of Sukhoi fighters or their clones.

What is the purpose of such a feature?

I realise might be a state secret as to the actual design decision and will accept such an answer but I suspect there is a straight-forward engineering reason. And perhaps I am mistaken on my assessment.

In a fighter you generally want to optimize fuel and ordinance capacity as well as have competitive performance. This use case generally leads to a design that is different than your average transport category aircraft. The SU-27 has some similar characteristics to the F-14 Tomcat and it should be noted

The aircraft had a large wing, clipped, with two separate podded engines and a twin tail. The ‘tunnel’ between the two engines, as on the F-14 Tomcat, acts both as an additional lifting surface and hides armament from radar.

Here is a good picture of the engines from the back 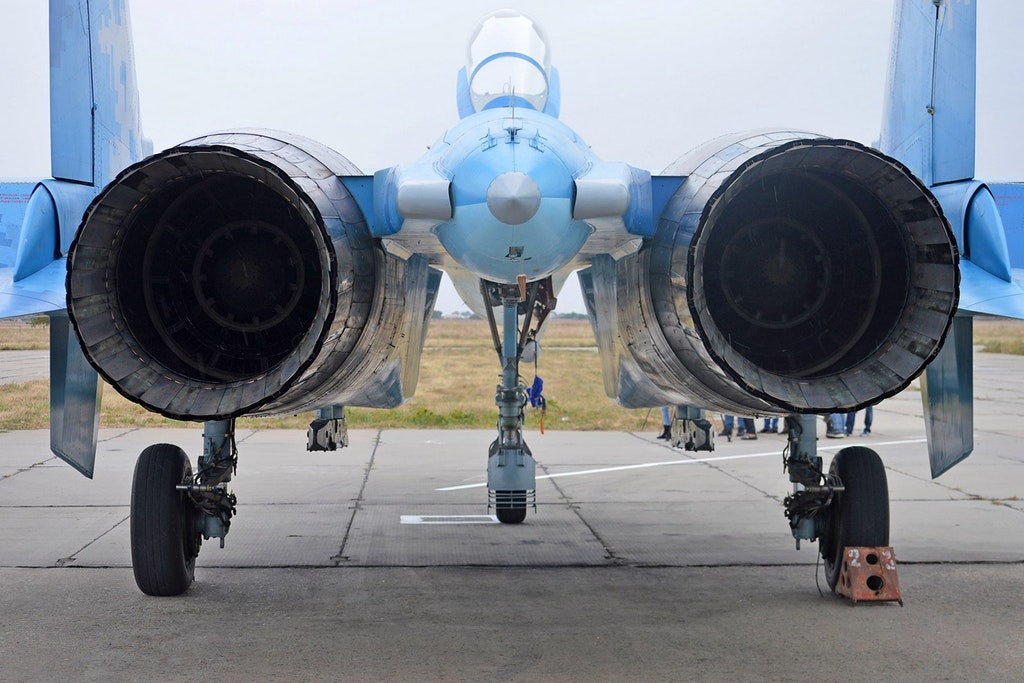 You can see that they could connect the engines but that would increase cross sectional area, disturb the center portion which helps add lift and add weight. If there is nothing they need to stick in there, there is no reason to have such an area on the aircraft. Its also worth noting this is not terribly different from the back of an F-14.

There is not necessarily a whole lot of metal surrounding any aircraft engine.

In the case of the SU-27 it also looks like the engine coverings are unpainted, this may be for heat related reasons.

Not the answer you're looking for? Browse other questions tagged aircraft-design fighter engine-design russia su-27 or ask your own question.

13
Do aircraft engine intakes require air filters?
26
Can fighter aircraft glide?
5
What is the reason for different engine configurations seen on Solar Impulse?
9
Why was the Sukhoi Su-47 Berkut never adopted for service?
2
What are the criteria for classifying which generation a fighter aircraft belongs to?
0
Aviation theory for fighter pilots
6
What are the advantages/disadvantages of in-fuselage engines (eg most fighter jets) vs wing/fuselage mounted engines?
4
What is the first fighter jet which was built with twin engine and tail configuration?