How is the airfoil of a fixed wing ultralight constructed?

This is a good example of the type of ultralight I am trying to build: 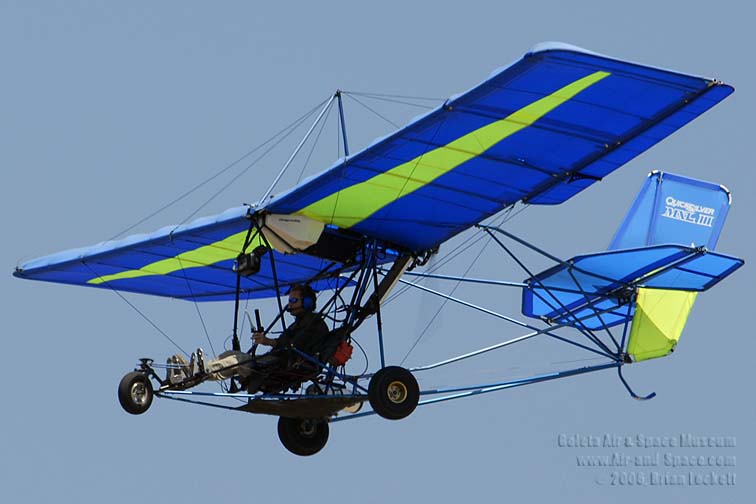 How might the airfoil be constructed in this plane?

My guess was that it's mostly created by the cables that suspend it, but then again, one like this: 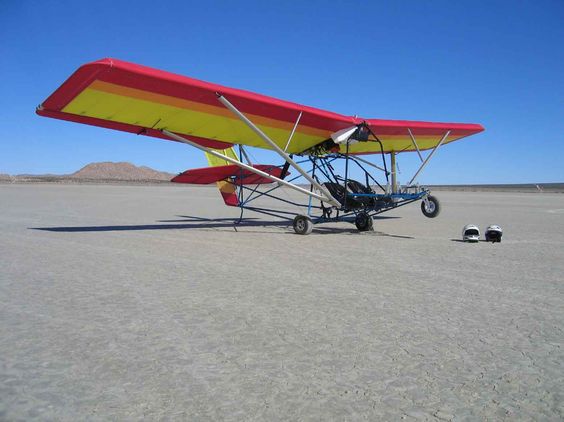 Doesn't have those cables, so how are the wings constructed?

If you could link me to some sort of visual it'd also be much appreciated.

There are various ways to build a wing like this. Ultimately you need something to shape the rigid form which you then pull fabric over. The cables do not provide the wing shape they provide support for the length of the wing. This goes back to the fairly early days of aircraft design for heavier than air flight,

In 1909,Frenchman Louis Bleriot produced an aircraft with notable design differences. He built a successful mono-wing aircraft. The wings were still supported by wires, but a mast extending above the fuselage enabled the wings to be supported from above, as well as underneath.

Mast/cable wings fell out of popularity as spar supported wings became viable in the early days of heavier than air flight.

As early as 1910, German Hugo Junkers was able to build an aircraft with metal truss construction and metal skin due to the availability of stronger powerplants to thrust the plane forward and into the sky. The use of metal instead of wood for the primary structure eliminated the need for external wing braces and wires

You can use wood like this. Or wood with a foam core. 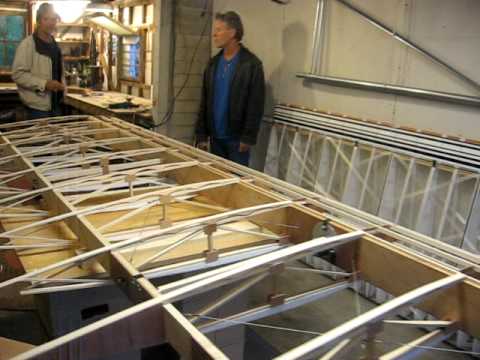 You can also achieve the same goal with a metal rib assembly. 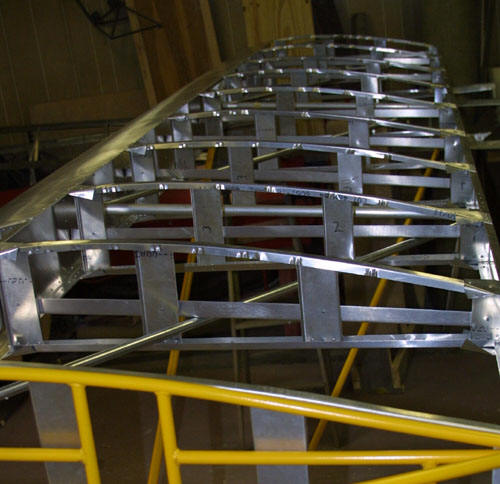 If you have the budget carbon fiber is also an option.

There are a few ways to cover the wing frame once its complete but ultimately the fabric must be pulled over the form and, in some capacity, shrunk to make it taught.

Fabric covered wings have lead to some of the most successful airplanes in history. There is quite a bit of info out there on how to work with fabric in relation to aircraft. The FAA has a nice handbook on it here and more info here.

If you intend on building something I would take a look at this site about building a Breezy. It looks like you can even get a full kit for one here.

Not the answer you're looking for? Browse other questions tagged aircraft-design fixed-wing ultralight or ask your own question.

6
What is this extension/device on top of the wing of this ultralight?
10
How does the efficiency of a fixed wing compare to a rotary wing?
6
How does stall risk in paramotors differ from that of conventional fixed-wing aircraft?
4
How is a variable sweep wing constructed?
81
What is the slowest fixed-wing airplane?
4
How strong would a servo motor need to be to power the control surfaces of a fixed wing ultralight aircraft?
5
How do I choose the correct airfoil?
3
What airfoil is used on the Lazair ultralight?
4
Does a tandem ultralight need flaps on the rear wing if the front wing has flaps?