Why would Emirates fly over Iraq, avoiding Iran?

For the last few years flying with Emirates from the UK to Dubai, I've noticed it avoids Iraq and fly over Iran to the north. For example, EK40 from BHX to DXB 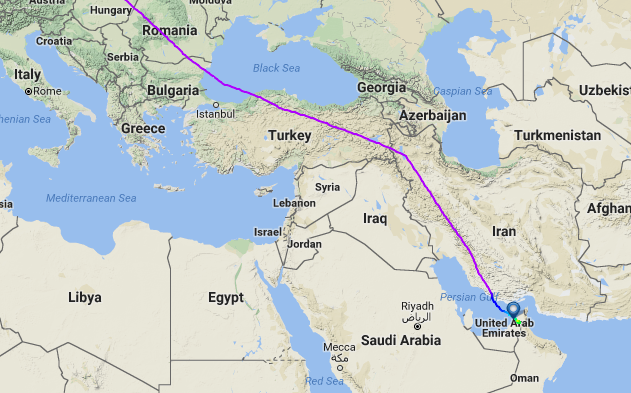 However, flying this month on EK40 I noticed the exact opposite, the flight avoided Iran and flew over Iraq to the south. 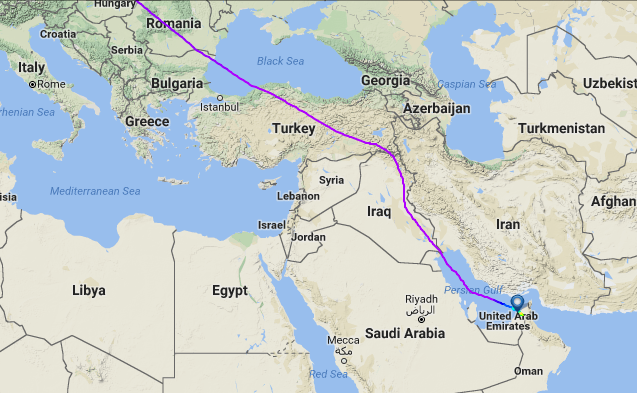 So, what could be the reason for avoiding Iran so explicitly when the next day the same flight avoids Iraq?

Since December 2017 the Iraqi airspace is used by Emirates again, after Iraq declared the victory over the Islamic State.

Now there are basically two routes to choose between when flying from Turkey to Dubai.

One route passes through Iran and make it look like the flight is explicitly avoiding Iraq. The route crosses the Ankara FIR / Tehran FIR border just north of Iraq, before turning south towards Dubai, such that it just stays outside Iraqi airspace.

The other route (UM688) passes through Iraq and makes it look like the flight is explicitly avoiding Iran. The route structure in Iraq is such that the north-south routes follow the Iran border in order to avoid the military activities near the Syrian border.

The map below shows the route structure with two routes through Iraq highlighted (UM688, Southbound and UM860, Northbound). 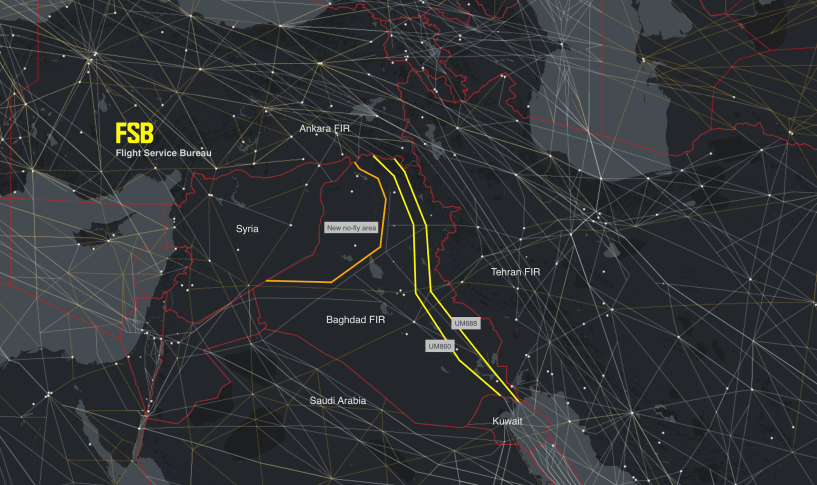 It is likely that the choice of route is made based on financial reasons. From looking at recent flights, Emirates seems to have a preference for flying over Iraq, but occasionally flies over Iran.

A reason for crossing Iran occasionally might be that Iraq's airspace is very congested since the re-opening of the airspace. To avoid delays, sub-optimal altitudes or adverse meteorological conditions it may be more attractive to cross over Iran in certain situations.

1sources of the ATS Fees: AIP's of the respective states, section GEN 4.2. As high volume users, Emirates may have negotiated better rates.

Relations between Iran and most of the Gulf countries have been strained for a few years. The main issues revolve around Iran not willing to join in the gulf oil-pricing strategies. This dates back to the late 70s and was one of the reasons the Shah of Iran was removed as he was seen to be putting OPEC and US interests ahead of Iranian. When Saddam invaded Iran in 1980 it was with the tacit approval of Saudi Arabia and the rest of the gulf states.

30
Why would the Pakistan airspace closure cancel flights not headed to Pakistan itself?

20
Why did this aircraft fly in this pattern over Southern Italy?
4
Why does Turkish airlines still fly over Iraq, is it safe?
20
Why didn't Air India always fly DEL-SFO over the Pacific?
2
Why do aircraft fly over land rather than over the Adriatic Sea?
8
Why did Air India 139 fly so far south?
43
Why would a flight from North America to Asia sometimes fly over the Atlantic?
4
Why does Qatar Airways fly over Syria and Iraq?
30
Why would the Pakistan airspace closure cancel flights not headed to Pakistan itself?