Why the plane can not taxi backward? [duplicate]

This is a news from Indonesian local news

This is the translations from google translate.

The incident was crowded on social media and commented on by various netizens. Considering this, Senior Manager of Public Relations of Garuda Indonesia Ikhsan Rosan raised his voice and explained it.

Ikhsan Rosan asserted, the CRJ type aircraft is not broken. Instead, the plane was a little too far as it landed and passed through the apron, the aircraft parking lot.

"The plane should be landing go straight to the left to the apron." Well, he passed a little, "he added.

Then why should be pushed by people?

"Because there's no pushback car, that's what drives the plane, so it seems that it is driven by technicians and airport officers," Ikhsan Rosan replied. 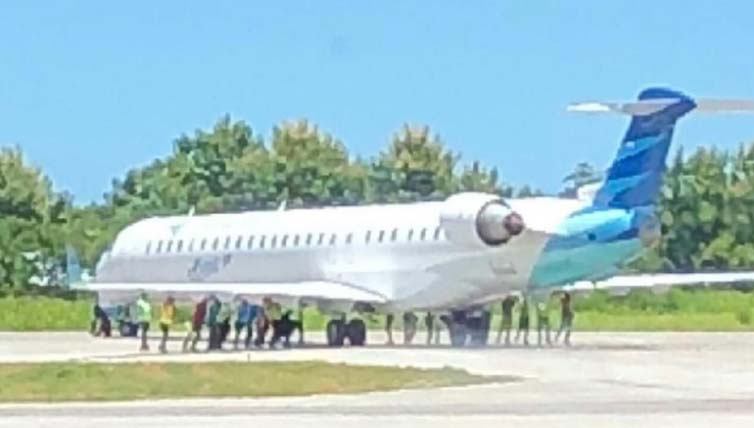 My Question is : Is it True that the plane can not taxi backward, so if it pass it's apron, people or a push back car must push the plane back? Why The plane manufacturer do not give the ability to the plane to move backward?

Browse other questions tagged aircraft-design or ask your own question.

46
Is it possible to use thrust reversers to taxi backwards?
6
Can reverse-thrust be used to push back from the gate?

41
Why are airplanes riveted and not screwed?
27
Can a plane fly without the Vertical Stabilizer?
67
What determines the maximum altitude a plane can reach?
56
Why not mount airliner jet engines above the wings?
67
Has there ever been a plane not controlled from the nose?
8
Why does the DC 4 airplane not tip backwards?
35
Do the wheels of taxi-capable helicopters have power?
7
Why do early airliners have “backward slope” windows