Why did fly-by-wire systems take so long to implement?

The first commercial FBW airplane was the Airbus A320, which was introduced in the late 1980s. This system only worked after decades of research by American and European aerospace companies. If FBW only converts mechanical motions from an airplane's control yoke into electrical signals (along with sensor feedback), which change the aircraft's control surfaces, what caused FBW to be implemented so late, besides the abundance of computers even before the A320? Can someone also check my understanding of FBW?

My understanding of FBW:

A simple answer is that the aircraft control system has ultimate responsibility for survival of the aircraft. If it completely fails, you are as good as dead in most cases. Short of in-flight destruction, hardly anything can be worse.

Thus, full-authority (i.e. without mechanical backup) FBW gained acceptance only when the confidence in its overall reliability was sufficiently high. Naturally, it appeared on military airplanes first, where demands to reliability can be lower (the pilot can eject, after all), while demands to the control system sophistication are often higher.

(Others have already commented that A320 wasn't the first commercial airliner with FBW; Concorde had it much earlier. As for your understanding of FBW, it's basically correct. Sometimes, strain gauges rather than potentiometers are used as control stick sensors: force as the primary input is generally better than displacement).

In truth, ANY kind of advancement in aviation technology is usually met with a lot of skepticism and reluctance to implement - composite structures, jet propulsion - you name it. They all were available for at least a decade prior to widespread acceptance. And for good reason. If your design fails, it crashes and the people on board all die. If you are an OEM, that could cost you business, you could be sued into bankruptcy, and, if a jury feels your actions in the design of this vehicle constitute criminal negligence, you could face prison time.

Aircraft design has been ruthlessly shaped by natural selection over its 115 years of history. Early designs which didn’t work often had lethal consequences and the few which were successful quickly became standards by which all future vehicles were based upon and manufacturers quickly learned not to stray too far from these successful templates. Some of this can be attributed to an immature state of aerodynamics in the early days, but a lot of it is just the risk of implementing an immature technology that hasn’t been fully vetted and its benefits and drawbacks cannot be fully anticipated.

Fly by wire is now a very mature system thanks to pathfinders like Airbus and General Dynamics, but in the early 80s, when the A320 was designed, it was not widely used, save for a few experimental and military aircraft; all of which went through pretty bumpy development paths to perfect. Design a fighter with a Fly-by-Wire control system? Sure. And if it goes down, only one person goes with it. As small airliner with an FBW has a design fault which the OEM did not anticipate, over 100 passengers perish and the company reputation goes to zero. Fortunately the gamble paid off for Airbus. 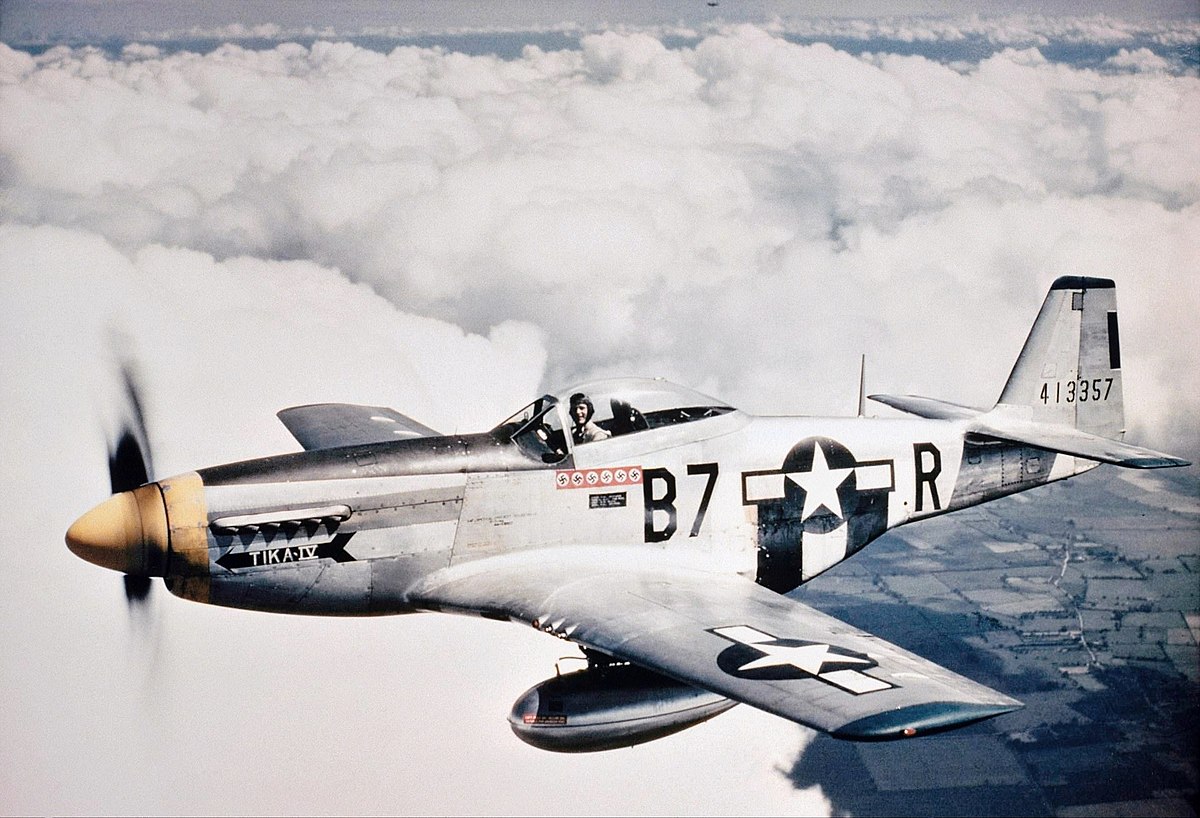 Technically, Fly By Wire means that there is no direct mechanical connection between the flying controls and the control surfaces. If there is, the human in the loop determines the extent of surface deflection - the aircraft response as sensed by the human sensory organs will then determine further action. Humans have some pretty useful feedback sensors:

The pilots can use their built-in sensors to fly the aircraft according to their trained control behaviour - but if they make a mistake they can rip the wing tips off. Fighter pilots want to pull as many g's as the airframe can take, and had to learn this by calibrating their bums. Penalty for over-commanding the load factor was an uncontrolled crash, the enemy wins.

So it makes sense to add mechanical sensors, and to limit the control surface deflections such that the known structural limits are not exceeded: the F-16 does not allow for control surface deflections that would cause a load factor > 9g, the A330 deflects spoilers when it senses > 2.5g. In other words, it makes sense to add artificial intelligence to the control loop. The human-in-the-loop can then concentrate on the main control task, without having to add safety margins.

High-tech flying had a requirement for a higher tech solution than only a human: outmanoeuvring the enemy, or exceeding the natural human error limit for repetitive tasks. We can now add intelligence to the systems while improving overall safety numbers, half a century ago we couldn't. And we can still make the argument: do we always really need it? The B737NG has the same excellent safety record that the A320 has...

The base-line of FBW is that the steel-cables that link the cockpit controls to the hydraulic jacks are replaced with copper-wires carrying (usually) a voltage which encodes to a desired control-surface position. Notice that there are NO computers in this definition of FBW.

But once you have an electrically-signalled flight control system, then you can introduce computers to interfere/reduce/increase/modify the electrical signal according to some rules (aka "Laws") in order to achieve something. This inclusion of computers is what most people understand by FBW.

Notice that you could remove the computers from the system (eg by failures) and you would still have an electrically-signalled flight control system which is fully flyable (usually known as "Direct").

Because there was no point in it until a computer with significant performance could be included in the loop! And those were not available, in sufficient quantity and quality, earlier.

The control surfaces of large aircraft have to be operated hydraulically, because that's the only kind of actuator that provides all of the precision, force and fast response times required. These can be connected directly to the control column via hydromechanical power drive, which is relatively simple and well understood. And since the hydraulic systems are pressurized with central pumps, the hydraulic lines have to run around the plane anyway, so there is nothing to be saved by inserting an electrical signalling in between.

Adding electric transmission only gains any benefit at the point there is a computer that can modify the commands to provide additional functionality—flight envelope protection and (in Airbus) automatic trim.

These functions could only be implemented at the point where processors became available that had sufficient performance and were produced and used in large quantities so their reliability was confirmed in practice. And at that point, it took considerable time to develop the control software and thoroughly test it. This kind of application requires qualified estimate of mean time between total failures at least 10⁹ hours, which means a couple of backup solutions and a lot of testing for each level.

The first real FBW system was probably the one put on the F16... to increase maneuverability, the aircraft was designed to be unstable in flight, so the FBW was necessary to keep the plane flyable. In that case, there was a compelling reason to develop FBW: a more maneuverable combat aircraft. Also, that system was ported to the F117, which had such atrocious aerodynamics that it, like the F16, was essentially unflyable without computer assistance.

In commercial aviation, the case is far less compelling. And it hasn't been an easy path. The very first A320 ended up landing in a forest, when it's flight computer mistook a slow flyby at an air show for a landing cycle. Oops... There have been several crashes traceable directly to FBW or sensor malfunctions (XL Airways/Air NZ acceptance flight, AOA sensor froze up) and Air Asia 8501, an A320 that crashed due to high altitude stall brought on by a malfunctioning rudder position sensor , to sensor malfunctions combined with different flight control layout, plus maybe fully automated aircraft lulling pilots into complacency (AF447, pitot tubes froze, bad sidestick design, inexperienced pilot), to just plain confusion in the cockpit working with FBW systems (Air Inter confusion setting descent rate, flew into a mountain).

Plus non fatal incidents that could easily have become fatal, like Qantas 72, where the inertial reference unit started sending weird data to the flight computer, sending the plane into a series of uncommanded dives and ascents.

FBW was supposed to make flying simpler, when in truth it just trades one set of complexities for another.

They have been slow in coming in commercial aviation because the advantages to airliners (who don't need more maneuverability or stealth capability) aren't nearly as compelling as they are on military aircraft, while the consequences of failure tend to kill a lot more people. If the FBW computer malfunctions in a military aircraft, the pilot punches out and has about an 85% chance of surviving. Airliners don't have that option.

9
Have there been any studies on which fly-by-wire pilot interface is preferred; rate control or direct control?
11
Can light GA aircraft implement fly-by-wire technology?
6
What is fly-by-wire?
30
Why aren't there simplified fly-by-wire helicopter controls?
7
Do modern airplane controls provide force feedback of external forces on the control surfaces?
6
What sort of control mechanisms (i.e., PID controllers) do modern FBW aircraft use?
16
What is the maximal acceptable delay between pilot's input and flight control surface actuation?
2
What controllers are used in Airbus/Boeing fly-by-wire systems?
9
Are 737 pilots required to train in manual-reversion flight?