Are new airliners less safe than older the two first years after they are marketed?

Looking at the 2014 Allianz Global Aviation Safety Study for airliners: 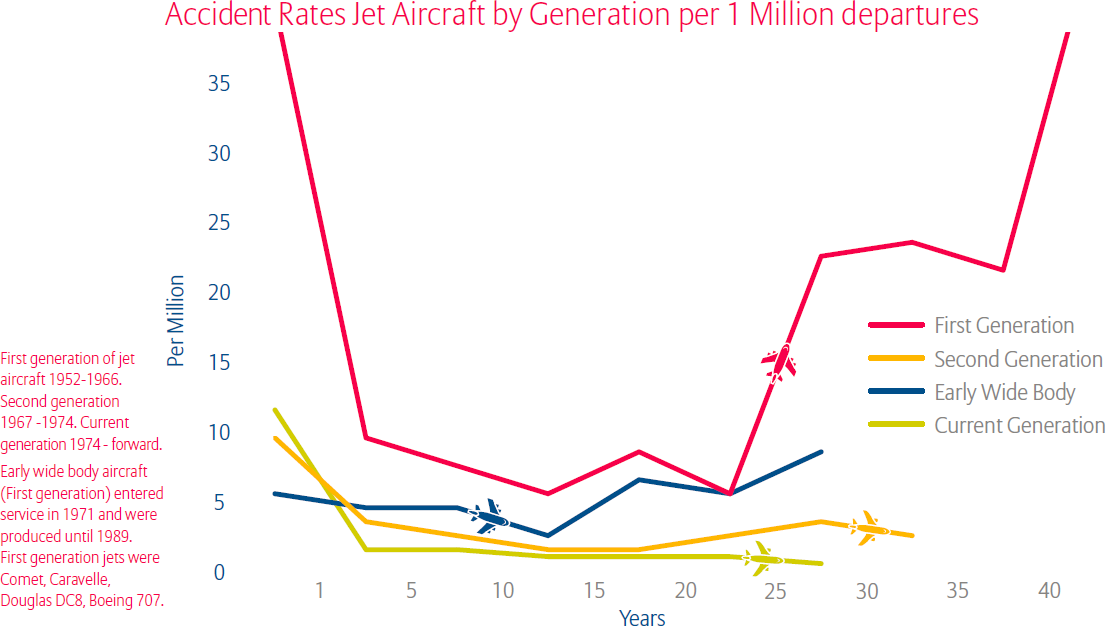 The last generation of aircraft (1974 and forward, including A320 and B737) have a very low rate of accidents: less than 2 accidents per million of departures. This rate is better than all previous generations.

However this rate is lower only one to 2 years after the model has been on the market. Prior to this milestone, the rate is higher than previous generations, except the very first one.

Just a thought - when a new aircraft is introduced, if there is an accident/incident early on there are very few aircraft of that model flying and the million hour mark is hard to reach.

This may skew the accident rate wildly. Earlier generations were simpler and were turned out of the factory at a higher rate than newer, more complex aircraft.

Not the answer you're looking for? Browse other questions tagged safety airliner accident-statistics or ask your own question.

34
Why does the Boeing 737 have 5 x the passenger fatalities of the Airbus 320?
2
Would turbulence created by two jumbos less than 100ft apart cause both of them to crash?
1
Are airliners searched after each flight?
3
Which jet airliner types have had the fewest accidents per million departures?
1
Are turboprops less safe then jets?
23
How short does a trip need to be before flying is less safe than other forms of transportation?
10
How safe are commercial airliners from gallium infiltration?
15
Are more fatalities in commercial aircraft accidents caused by pilot error than by automated features?