If we compare them, which one wins? Why? And, what about CO2 emissions?

To compare them we need to compare the same mission (we can't compare an A380 against a regional turboprop). 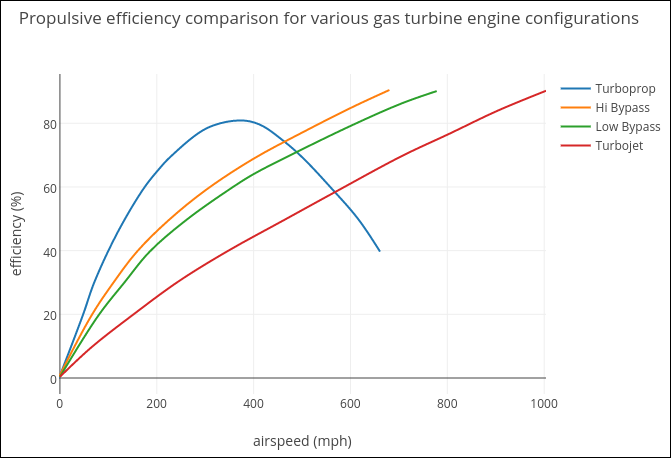 From slowest to fastest, the economical choice would be turboprop, turbofan, and turbojet. Above ~700 km/h, the turboprop starts to lose.

Also see: Why are propeller engines uncommon on airliners?

There are two elements constraining propeller use: 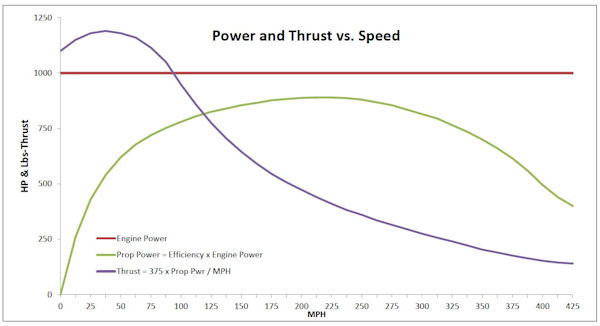 For these reasons fans are the natural choice for large and fast aircraft, and propellers for slower short-haul aircraft (typically regional aircraft like ATR 42/72 or Dash 8).

What is eco-friendly? E.g. do you consider cruising altitude and noise?

As both aircraft are using aviation fuel, the less fuel used, the less emissions, if this is what you mean. This is a matter of efficiency, which is slightly in favor of turboprops. 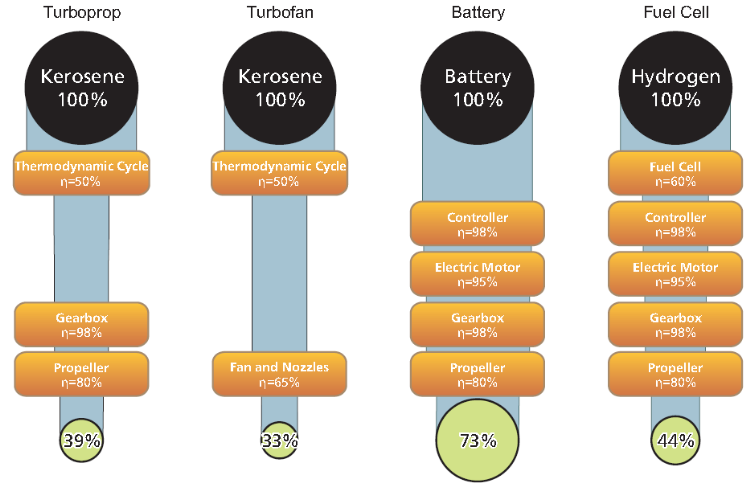 The difference comes from the efficiency of the propeller (80%) compared to the fan (65%).

Due to the engine choice, it is usually not possible to fly the same trip using both engines, which means we are unable to compare actual flights with their actual weather, seat use ratio or wait times, all important factor in fuel consumption.

While engine efficiency is important, a more important element is about the fuel consumption per passenger. While I haven't searched for accurate numbers, a large turbofan aircraft should be more efficient than a smaller turboprop in the end. That was the idea behind the design of the A380. As life has shown, you may not want the lowest theoretical fuel consumption per passenger either.

Indeed fuel rate and emissions vary with engine mode, and is different between phases of flight. To make things comparable, ICAO has defined a way to report numbers, mixing different phases.

If you need accurate information about engines emissions:

The good news is: EU plans to grade aircraft according to emissions.

What about CO2 emissions?

Turboprop and turbofan engines are similar from the engine point of view, they are turbine engines based on the same Brayton cycle. This is the typical emission split for a turbofan as found in the European Aviation Environmental Report 2019:

Emissions from a typical two-engine jet aircraft during 1-hour flight with 150 passengers. Source

The main factor leading to low efficiency of aircraft engines, comes from the fuel engine principle, the thermodynamic cycle is merely 50% efficient. The next step in aviation is to use electric motors, but this is a technology currently, and likely for a long time, impossible to deploy on large aircraft. The is a domain highly researched.

As usual in engineering, hybrid solutions are effective trade-offs. A good illustration is Safran trying to get the best of both worlds, experimenting a mix between propeller and fan, the propfan, a propeller, or rather a unducted fan, which can work at higher airspeed: The Open Rotor.

The idea is not new, and was part of the Hamilton Standard + NASA research program in the 70s and 80s, following the oil embargo. However there is a difficult problem to solve: A propeller rotates slowly compared to a fan (1,000 vs 5,000 rpm), it needs a gearbox on the engine output shaft, or a slower engine. Slower engines and efficient gearboxes for high power are difficult to build.

See more about rotation speed and gearbox in Is it possible to drive a prop directly from a jet engine without a gearbox?.

Different goals are sought, and a solution for a goal often opposes another goal. What may be valid for fuel efficiency may be a bad solution for noise reduction, or for NOX reduction.

Not the answer you're looking for? Browse other questions tagged turbofan turboprop economics or ask your own question.

34
Which engine is more efficient between turboprop vs jet?
27
Why are propeller engines uncommon on airliners?
16
Is it possible to drive a prop directly from a jet engine without a gearbox?
6
Why are the top speeds for jet engines higher than for propellers?
5
What is the fan tip speed at maximum thrust?

54
What is the difference between a turbofan and a turboprop engine?
9
How does the efficiency of a turbofan compare between take off speeds and optimal conditions?
12
Why is the bypass ratio of a turboprop higher than turbofan?
19
How do turbofan nacelle lengths compare?
10
Which engine type requires the shortest take-off run: a turboprop or a turbofan?
0
How to compare turboprop engines and with which values?
3
Turboprop vs turbofan (in regional aircraft)
12
What is the most 'environmentally friendly' way to learn to fly?
0
Turboprop vs Turbofan: How to compare Specific Fuel Consumption