Why does a Phugoid occur? How can it be eliminated?

My model aircraft seems to do phugoid oscillations and I'm having trouble landing. It is around 2 kilos, very high mounted wing, so bad landing takes out the underbelly everytime.

How can I solve this? I cannot change the wing configuration, but I can change CG along the fuselage length / modify tail. 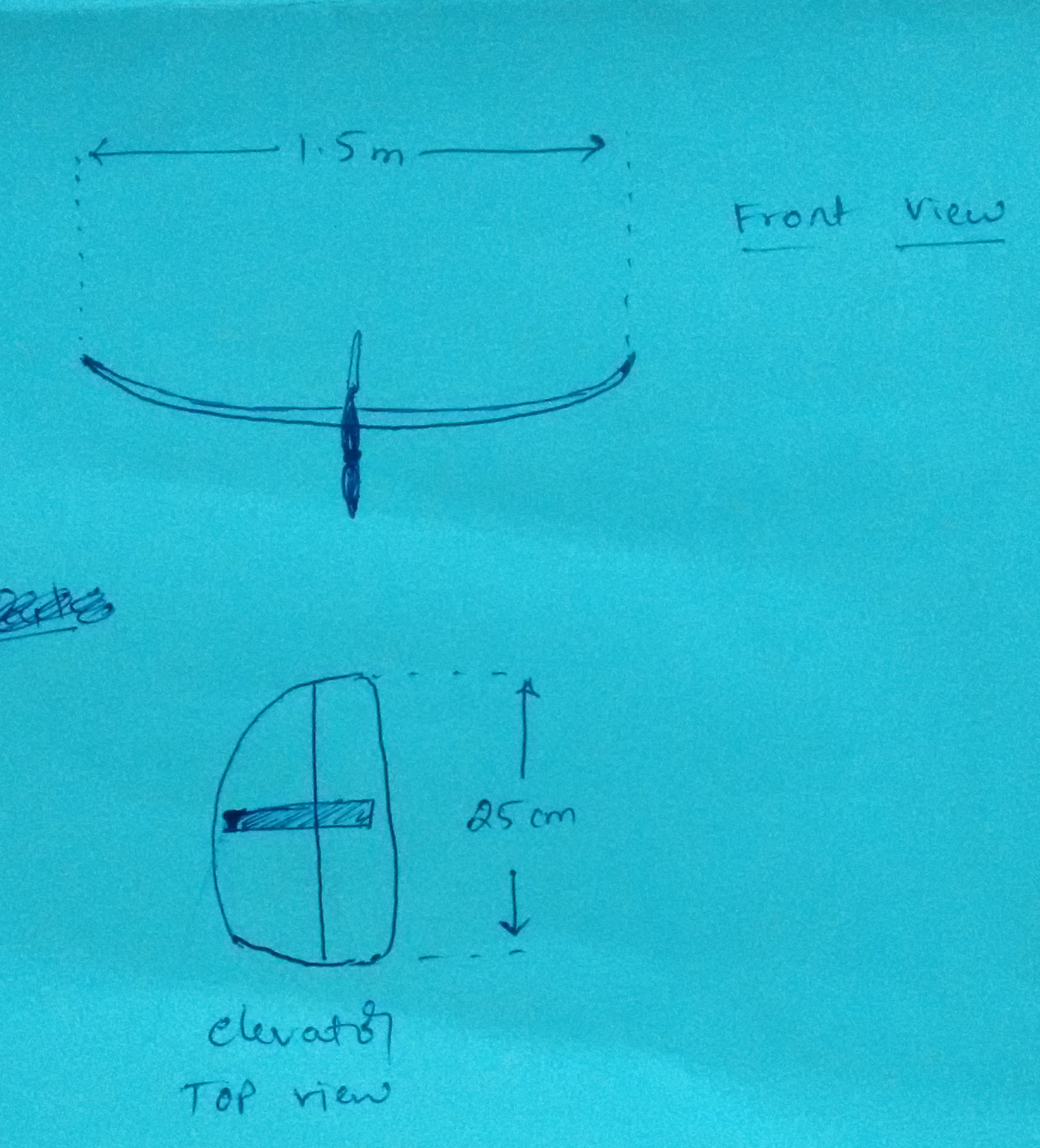 Move the center of gravity forward

What you experience looks almost like a phygoid motion (well, most of it is a phygoid), but involves stalling at the low-speed part of the cycle, so it is not the classical Eigenmode.

Rather, your aircraft's trim point is beyond its stall angle of attack. It will, therefore, stall when not actively steered towards a lower angle of attack and then, when lift on the wing diminishes and its center moves backwards while lift on the tail is still linear, the aircraft will pitch down and pick up speed again.

Maybe it will be already enough to change the setting on your elevator to a few degrees more trailing-edge-down deflection. What certainly will help is to move the center of gravity forward because this will increase static stability and require more trailing-edge-up elevator deflection to maintain the same trim point.

From your sketch I would also guess that your tail volume* is on the low end. Move the tail further back by lengthening the fuselage: This will increase stability and, especially, damping, so the pitch motion after stall becomes less violent.

* This is the area of the horizontal tail surface, multiplied with it's lever arm (distance between center of gravity and the tail's quarter chord point).

The phugoid is an interchange between kinetic and potential energy. Anything that dissipates energy in the process will add damping - more parasitic drag from a speed brake for instance when talking about the landing. It's a bit of a dilemma, anything that is done to clean up the aerodynamic shape of the aircraft will decrease phugoid damping.

Control problems related to the phugoid are caused by the natural frequency being too high, this can be lowered by increasing horizontal tail size: a larger tail for a lower frequency, and more time to anticipate on the motion.

There can be two factors causing the landing mishaps mentioned:

To test the phugoid, trim the aircraft to a calm condition and do not touch the controls for several seconds.

For improving phugoid (long period) dynamics, especially if it is already causing troubles, a pitch-rate-gyro can assist in augmenting the stability. A sample commercial product here.

The PIO is a far more important problem, and it's a combination of the pilot's behavior (his/her control dynamics) coupled with the airplane's dynamics. During final approach and landing, pilots tend to be more stressed, and if the phugoid is not a lucky one, the touchdown may happen at not the best point.

The gyro would also help with the PIO problem, if any.

Not the answer you're looking for? Browse other questions tagged aircraft-design rc-aircraft or ask your own question.

10
Can the design for neutral stability reduce trim drag?

26
How does an aircraft tailplane work?
38
How far can airplanes glide?
3
How long does downwash last?
58
How can this aircraft be stable/maneuverable?
3
Load factor and how does velocity affect it?
1
How does Mass affect rate of turn?
1
How many fastener can an aircraft lose?
3
How can my CD0 estimation be improved?