What does “CC (Charlie Charlie)” mean when pilots reply to ATC?

I heard a pilot replied "CC" to ATC instruction.

I can't remember the exact situation, but does anyone knows what it means?

This wording comes from the common meaning of letter C to be Correct/Yes, early standardized and used at sea since 1857. Under the Commercial Code of Signals (1857-1902), the C flag, in addition of representing the letter itself, had the meaning of Yes/Affirmative. This code has been improved and extended into the International Code of Signals (ICS). While the visual representation changed, the meaning was preserved. 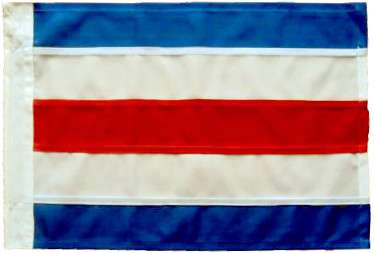 Signals for flags, radiotelephony, and radiotelegraphy transmissions.
C: Affirmative—YES or “The significance of the previous group should be read in the affirmative”.

The pilots you heard were saying affirmative.

Codes have their origin in the need to abbreviate everything at a time the communication channels were limited, as for nautical flags, Chappe, Morse, Aldis, etc. Nineteenth and early twentieth centuries saw appearance of codes (flags, lights, telegraphy, Q, X and Z) in order to federate many isolated practices, in particular in commercial telegraphy (Marconi) and railroads. Codes have many resemblances as they have borrowed good practices and common usages from each others.

In radio communications, letter C has been early used in consistence with the ICS, to mean correct, like when acknowledging a readback with a single C, meaning this is a correct readback.

Discovered by @ymb1, this accident report includes a transcription of the pilot (CA) controller (MA) exchange:

And this other document, still from @ymb1:

Charlie-Charlie is a fancy substitution for a standard affirmative and accepted non-standard words roger and wilco.

Standard phraseology is meant to prevent confusion, and has been improved after incidents/accidents where the communication between parties played a role. In a conversation listed above, we can imagine how information can be easily misunderstood:

ATCO are not required to know the ICS, though in many countries, an important part of civil aviation ATCO have had a military career, and are likely to know the meaning of letter C in many codes.

CC is short for Click Click. In situations where a military operator was busy or where talking could prove fatal an incoming message would be acknowledged by a double click of the transmit switch on the radio producing a "click click" at the other end.

"CC" somehow got into informal usage rather than the more precise roger wilco or affirmative. In this context it would probably be used as an informal acknowledgement of a purely informational message.

31
What does “Information <letter>” in ATC transmissions mean?
15
What does “radar contact” mean in ATC calls?
17
What does 'intercept final' exactly mean?
19
When do pilots actually use ‘wilco’?
6
What turn rates are expected by ATC when given expedited turn instructions?
7
What does a pilot mean when he tells ATC that he “has the numbers”?
5
Heard on LiveATC that ATC wants to “cancel” something. What did the ATC mean by that?
9
What does “Raven” [phonetic] means when used by ATC?
8
What does ATC mean when they say “no longer a factor”?