Which manufacturer produced this fan blade?

I acquired a fan blade a few years back, but have not had any luck finding out who manufactured it or what engine/aircraft it may have come from. The only data I can find on the blade is as follows:

65444 is hand engraved again in larger size above the data listed, which I assume is the serial number. The blade is about 15" from tip to root. I am curious about the root itself, as I have not seen other blades with a mount like this one. If anyone can help out it would be greatly appreciated. 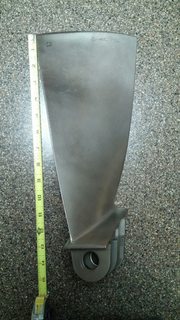 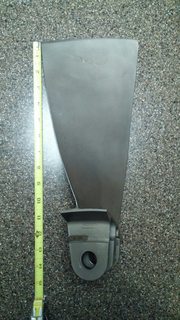 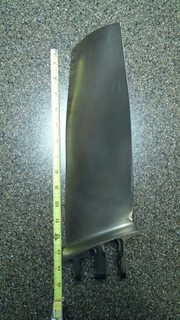 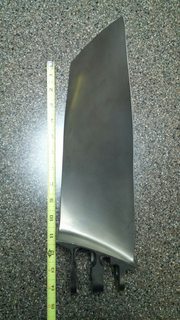 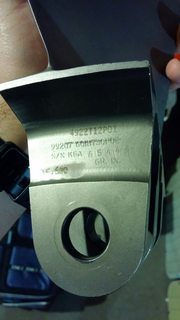 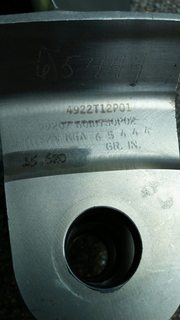 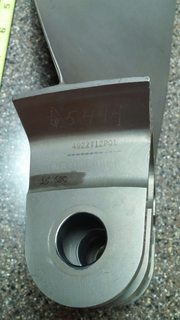 Images can be seen in full size by clicking on them

Clue 1. Parts designed at the Lynn MA plant have part numbers of the form xxxxTxxPxx, where x is a digit. 4922T12P01 fits that pattern.

The gr.in is another clue. That refers to a weight that would be used in balancing the fan. GE uses units of gr.in. I'm fairly sure that Pratt uses oz.in, snecma uses gr.cm. I'm not sure what RR uses.

But the definitive piece of information is 99207. That is a CAGE code. 99207 is registered to GE Aviation's lynn plant. I looked it up here http://www.govcagecodes.com/

That looks very much like a TF-34 fan blade. The TF-34 is used on the A-10 Thunderbolt and S-3B Viking. The root style is known as "pinned" or "clevis". You can see a blade being pinned into the rotor hub in this photo:

And there is a clear view of the blade root in this photo: 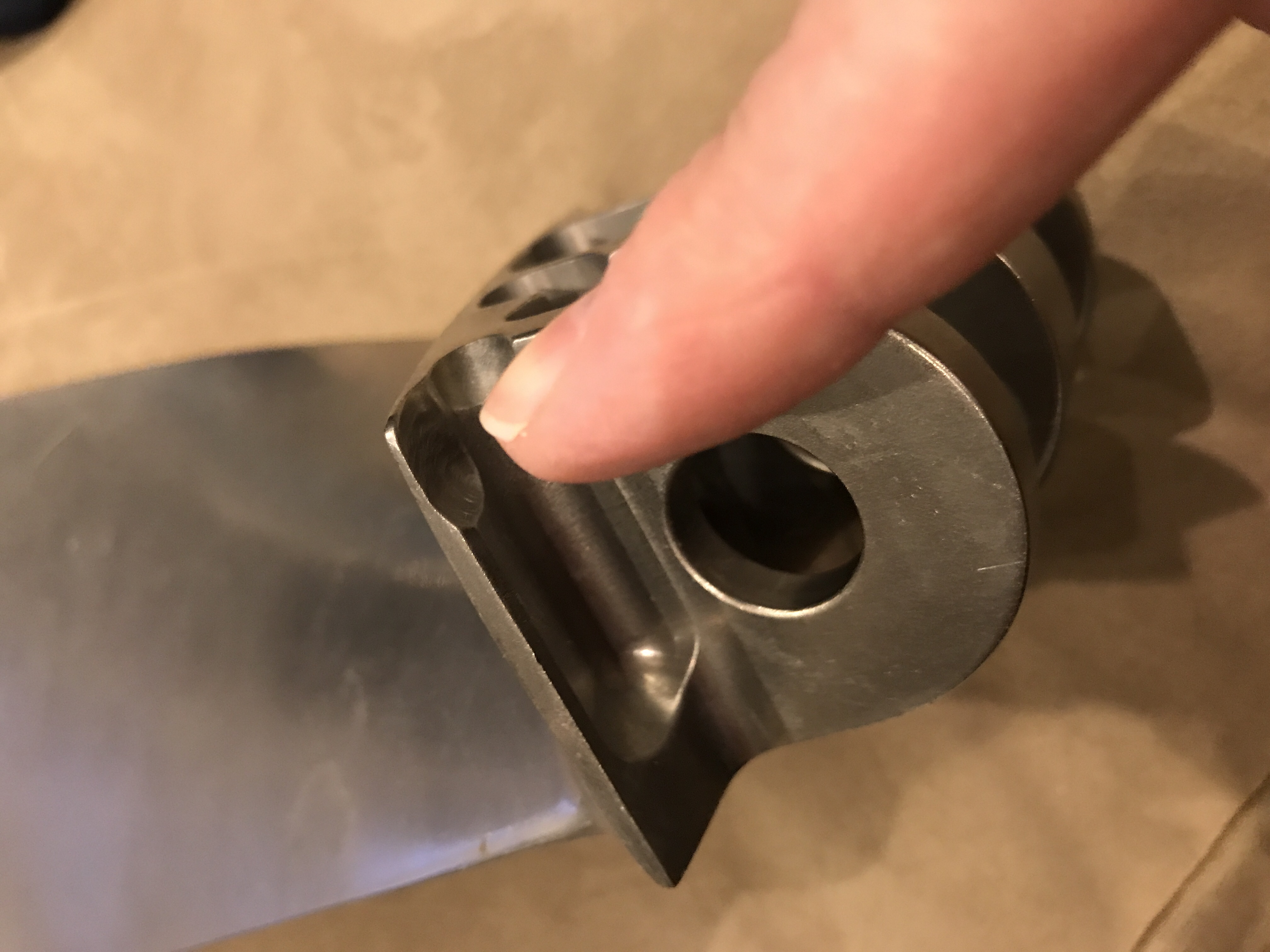 This is a delayed reply. Your fan blade is made of Ti 8-1-1. The gage code is GE however there are only two manufacturers for this fan blade since 1965. The original manufacturer was Utica Drop Forge which became Kelsey Hayes and later became Utica Corporation and currently known as TECT Corporation. The other manufacture was Sermatech Mexico for a very short period of time. Sermatech struggled with holding the geometry of the Ti 8-1-1 material.

Besides the TF34 this almost exact fan blade also goes on the CF34 (Canadair Regional Jet). There are 28 fan blades per engine. Besides the part number the only difference between the military version and the commercial version is the uncut in the platform. This uncut (thinning) of the platform allows for the fan blade to be released on the military version Incase of a fan blade failure. Without this thinning, multiple blades would fail in a domino effect.

The fan blade is precision forged from 2” diameter bar in a 8000 metric ton press (8800 US Tons). After forging it is finished machined.

The manufacturer must retain records for 30 years. The serial number are sequential. GE would need to ask one of the manufacturers for the date of manufacture. The fan blade is not a life limited component and no manufacturing date are applied to the part.

Not the answer you're looking for? Browse other questions tagged engine blade or ask your own question.

33
Why do we never see high-bypass turbofan engines sharing the same nacelle on large airliners and similar aircraft?
18
In helicopters, why not have electric motors controlling blade pitch?
32
Why are the fan blades mounted loosely?
1
How can I calculate the thrust of a fan given the diameter of the blade?
4
How to estimate blade interference in a propeller or fan?
2
Are the "centerbody", "fan hub frame", and "intermediate case" all the same thing or separate parts?
2
Could a shrouded fan blade with long chord length be efficient?
18
Why does each fan blade have a different mass and frequency?
11
Is possible to stick two '2-blade' propellers to get multi-blade propeller?
3
From which jet engine is this blade?