How does thrust reverser selection have a destabilising effect on the rudder and increase the lateral skidding tendency of the aircraft?

I was reading in the FCTM landing section normal procedures the below paragraph.

The reversers have a destabilizing effect on the airflow around the rudder and thus decrease the efficiency of the rudder. Furthermore they create a side force, in case of a remaining crab angle, which increases the lateral skidding tendency of the aircraft.

Could someone please explain as to how this effects airflow over the rudder and increase the lateral skidding tendency of the aircraft?

This is called rudder blanking. While I was searching for it, I came across this image 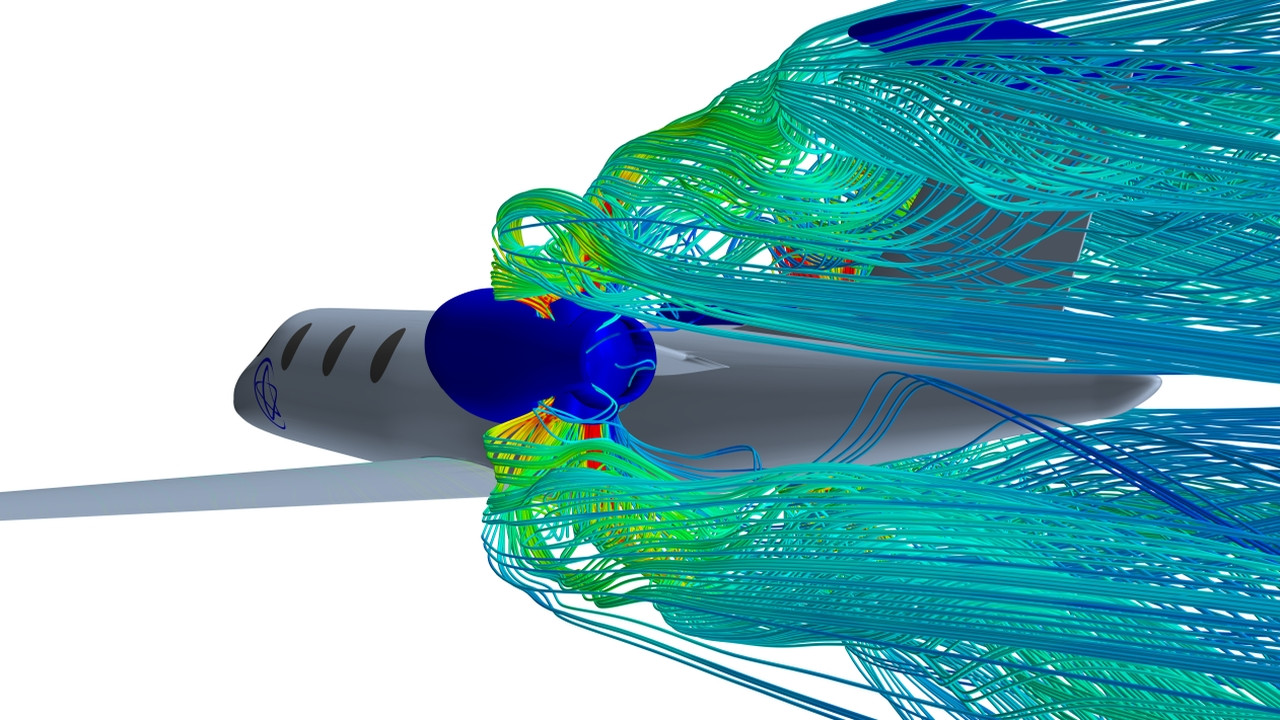 As the Skybrary article mentions

Rudder blanking is a particular risk to aircraft with rear mounted engines and "T" tails.

I emphasized the word particular since I perceive it as an indication that it's a risk for other planes as well without rear mounted engines.

Now the flow from trust reversers, disturbs the airflow around the rudder reducing its effectiveness. In strong crosswind you rely on rudder to keep the aircraft centered on the runway. If you apply thrust reversers right after touchdown, you reduce the effectiveness of the rudder and in turn it might reduce the crab angle making it harder to keep the aircraft centered.

I will try to explain with a graphic, though as I've already stated in my comment, I'm not an expert.

As you can see in this image taken from Wikipedia, the thrust reverser output is not blocked by the wing, so it's quite safe to assume there is a jet similar to the first image. 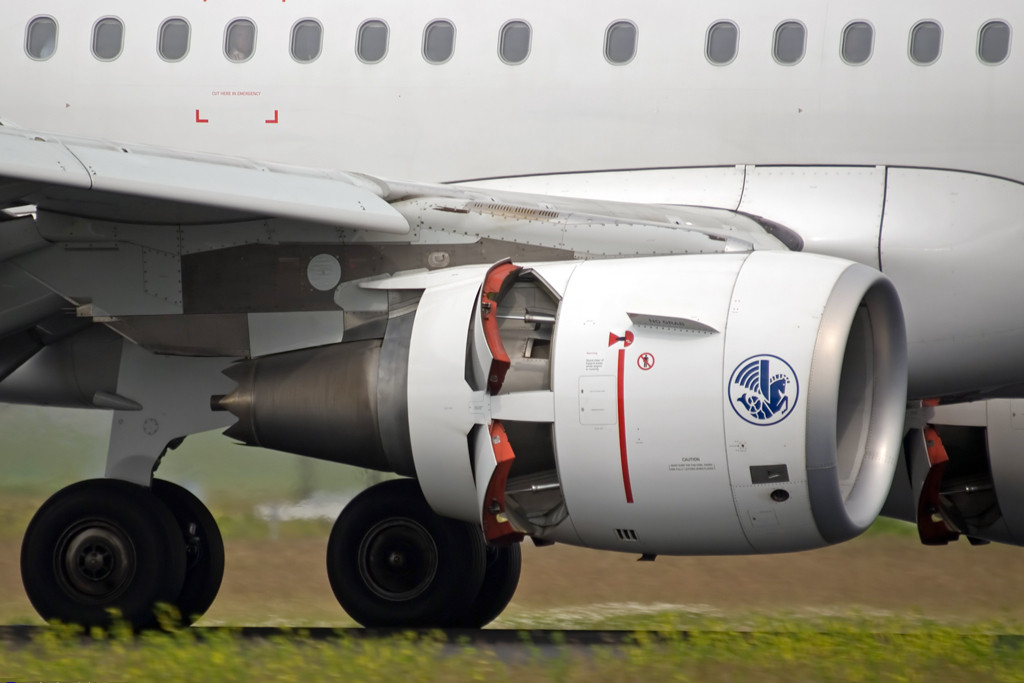 I would estimate that the area of that vertical jet is more or less contained in the red circle seen in the next image. The free stream will push the turbulent jet from the reverser towards the back (as you can see in the first picture) and disturb the flow around the fin. The orange area is parallel to the free stream and shows the direction of the turbulent flow which might not be exactly the same in reality as the fluid particles have a tendency not to follow straight lines.

The plane is rotated 15 degrees to simulate a moderate "crab angle". From the picture posted in GdD's answer, you can assume this can be more if the vertical wind component is high enough. 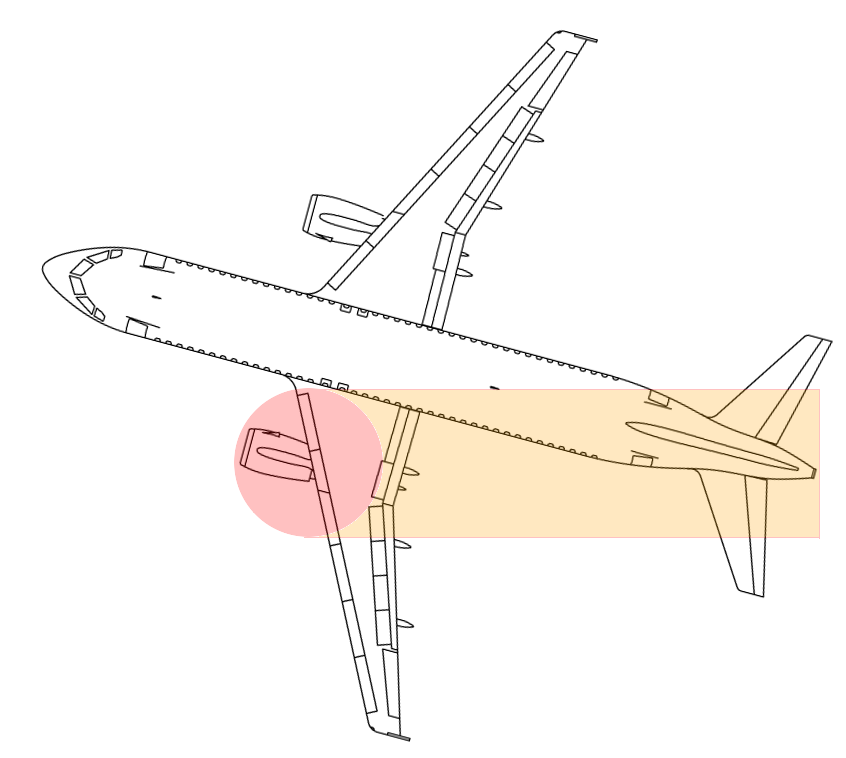 Now one thing you might need to consider is that the engines of a wing mounted engine plane have significantly more distance from the vertical stabilizer compared to the tail mounted engine plane. That distance might be able to weaken the effect of the stream, enough to not cause accidents like this mentioned by Sports Racer in his comment. But that doesn't mean the problem is not there, hence the warning from Airbus.

On a crosswind approach many pilots use the rudder to yaw into the direction of the wind in order to remain on centerline, which is what's called crabbing. In the picture below you can see that the aircraft is yawed (i.e. crabbing) to the right. The difference between the centerline and the airplane's heading is called the crab angle. 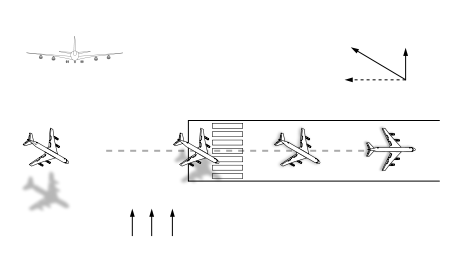 If a pilot maintains the crab to touchdown, which is a common technique, the aircraft will have a residual crab angle, like this. 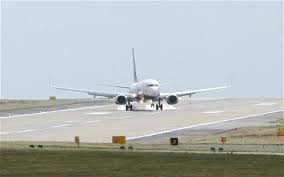 If the pilot were to deploy reversers in this situation there will be a significant sideways force in the opposite direction of the crab, in the case of the picture towards the right, which could cause the airplane to skid in that direction.

Not the answer you're looking for? Browse other questions tagged landing airbus-a320 fctm or ask your own question.

26
How does thrust reversal work on a jet engine, and when should it be used?
21
How does a large cargo plane like the C-130 Hercules take off and land in such a short distance?
5
How does the flap configuration affect the tailstrike limit on the A320 aircraft family?
1
What effect does tropopause entry have on the FMGC?
6
Why does the A320 use the rudder for lateral control in mechanical law?
8
Why is the A380’s with-reversers stopping distance the same as its no-reversers stopping distance?
11
Why does Thrust Reverser need to be operative during the cargo door operation?