Why does stall speed decrease when flaps are deployed?

I've been told that deploying the flaps on approach enables the following:

It's the last one that confuses me.

Given the equation for lift:

When we deploy the flaps, we automatically change the camber of the wing which does the following:

As a result of the change in surface area of the wing, we can decrease our V in the equation and generate the same amount of lift that was needed before flaps. Does that sound correct?

For most practical purposes, your average GA pilot doesn't deal with the AOA because it can't be readily calculated so the POH typically lists the stall speed Vs. However, as I understand it, stall speed is indirectly correlated with our plane's "critical angle of attack".

What I don't quite understand is, why exactly does our stall speed decrease when we deploy the flaps?

Is it because of what I outlined earlier, that we can produce an equivalent amount of lift at a lower speed because of the change in wing surface area?

Your stall speed decreases because the $C_{L_{MAX}}$ of the wing increases with flaps deflected.

Deploying flaps increases wing camber and increases both $C_L$ and $C_D$ at the same AoA and airspeed. Depending on the type of flap, the critical AoA actually reduces: the airfoil with simple flaps deflected stalls at a lower AoA than without flaps. 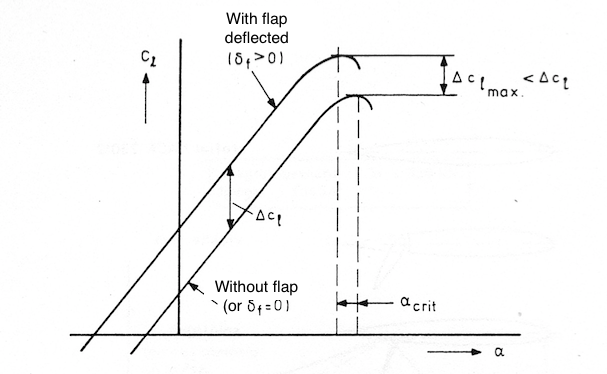 Slats or leading edge flaps do not change the $C_L$ at the same AoA, but allow for a higher AoA and therefore higher $C_L$ before the airfoil stalls. 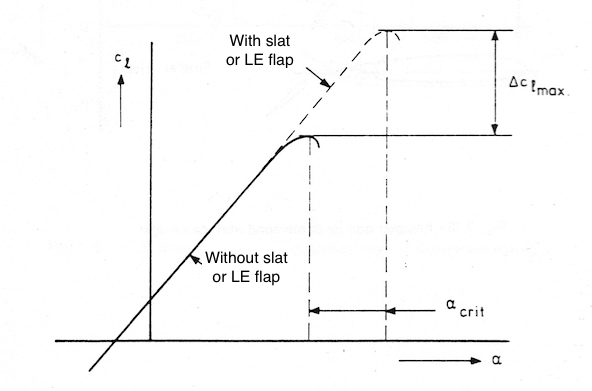 The flaps mostly increase the camber, which increases the Cl (albeit, with greater drag).

In quite a few cases (especially low-end GA aircraft) the flaps have little or no effect on the wing's surface area (the flaps are just a section of the trailing edge that swings downward on a hinge). 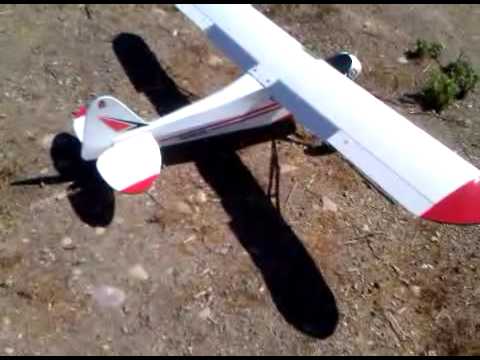 Even in those that do slide the flaps back on a track, the change in surface area is quite small compared to the change in camber (and with it, Cl). 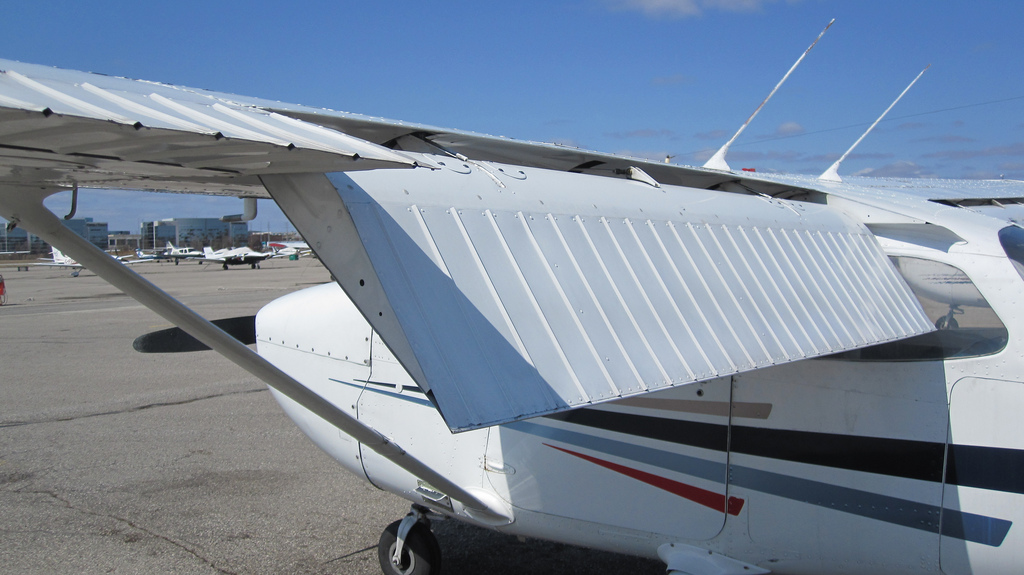 Not the answer you're looking for? Browse other questions tagged aerodynamics flaps stall angle-of-attack or ask your own question.

8
Why is stall speed listed in a POH?
10
How do slats reduce stall speed?
6
Does the expression "stall speed" have a definition?
5
Why have high lift devices on both leading and trailing edge?
5
How to correct the design of an aircraft that is not speed-stable during approach?
1
Why does the stall angle decrease as camber increases?
0
Reasoning for an inboard flap- take off

11
Is the stall speed different at -1G?
5
When approaching stall, why does the center of pressure move back?
6
Why do Leading Edge Flaps (LEFs) create lift while down at slow speeds, but decrease lift while down at higher speeds?
14
Why does a stall decrease lift, rather than increasing it?
0
When calculating lift, using the the NASA lift equation, can any value be increased, ie. velocity or surface area, for increased lift?
7
Why does the A320’s maximum allowable aileron deflection decrease, rather than increase, when the flaps are extended?
11
Why are Krueger flaps called flaps and not slats?
4
Why does lift curve slope increase when Fowler Flaps are deployed?
14
Why not always take off with 10 degree flaps in a Cessna 172?
5
Why does lift decrease and drag increase when approaching the stall condition?