When to climb and when to descend when faced with icing? 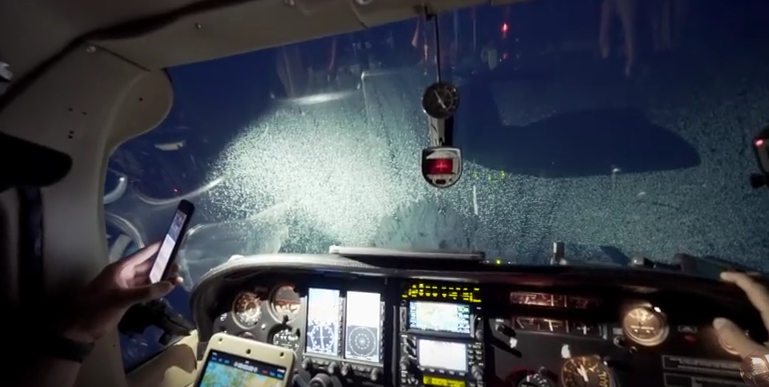 The flight faced icing at FL 90 inbound to Germany from the UK on a world tour. Earlier they were flying above an overcast layer.

After they saw the icing they requested FL 70, and asked what's the minimum altitude, which was 5000 feet. How do GA pilots decide that descending is better than climbing, as in climbing away from the moisture layer?

The plane is a Cessna T210L Turbo Centurion that should be capable of 27,000 feet.

While there may be guidelines as to whether to climb or descend when you're icing at your current level, individual pilots that I have known varied widely in the specifics of what they would do depending on their experience, their comfort level in icing, the route they were flying, and their experience with that route in bad weather. My take follows.

First, @acpilot's comment gives the general guidelines and is worthy of being an answer, I believe, except that I would be happy with just a couple of degrees above freezing rather than 5°C.

I put in a few hundred hours in Turbo 210s back in the 1970s. The ones I flew had boots on the wings and hot props. As such they were a reasonable machine to handle the icing of the U.S. Pacific Northwest. The things I wanted to know to decide whether to climb or descend included:

The distinction between rime ice and clear ice is particularly important. Clear ice (basically freezing rain) is the more dangerous, accumulating faster than rime typically and heavier. It always (almost) means there's air greater than 0°C above you, which would favor climbing.

Rime ice is minute drops of super-cooled water (water less than 0°C) that changes to ice when it hits the aircraft. More often than not, rime ice means there's no air above greater than 0°C, unless you happen to be in an inversion. Climbing out of rime icing usually means you've got to get high enough to get clear of clouds or get the temp down to -15°C or so.

Fortunately most icing is rime ice rather than clear ice. The rime usually collects slowly, although it can collect quickly in convective conditions. I once iced up with rime ice in a Cessna 340 in less than a minute to the point that I was having trouble maintaining altitude.

Much of my T210 flying in bad weather was between Eugene, Oregon and airports in California's central valley (shown above left to right). V23 was the airway from the Eugene VOR to the Medford VOR to the Fort Jones VOR to the Red Bluff VOR and then south into the central valley. The airports were typically above freezing, but the MEAs were in the ice if the weather was bad, and you were guaranteed to get at least some rime ice. The MEA from Medford to Red Bluff was 10,000, and that was where the worst ice was usually encountered, but the MSA dropped rapidly south of Fort Jones.

If southbound from Eugene and approaching Medford you had already picked up more ice than you liked, and the Medford airport was above freezing, you could shoot an approach there and drop the ice before proceeding south of the Siskiyou Mountains. Once the OAT gets above freezing, the ice melts really fast, typically on the order of a minute or less. The windshield clears first. Importantly, for rime ice, the rough surface of the ice smooths quickly, permitting better airflow.

If it appeared icing along V23 was not going to be flyable, we would file over to the coast and go down over the beach so to speak with the attendant low MEAs and more airports, all usually well above freezing.

My point is, a lot of things enter into whether you should climb, descend, go another route, or get on a jet.

A couple of good (IMHO) links (pdf's) to icing information are:

I have most of my 2500hrs in Alaska and they use a very good rule of thumb. Always climb first while you are able to do it, if the situation gets worse, you are going to find out what the condition is below you whether you wanted to or not!

Remember too; except for rare conditions such as cirrus clouds, in order to have precipitation, it has to start as liquid water and that means at some it is warm enough for liquid water. (That use to be a question on the PPL test - I don't know if it still is.)

The other interesting answer that was on the FAA pilot & instrument test was _sustained precipitation_ usually requires at least 4000ft of clouds. This means that a pilot encountering rain/snow or ice, will have to climb a minimum of 4000ft to get on top of the cloud layer. So, if the aircraft capabilities or weather are not going to allow at least a 4000ft climb, your going to be forced to fly in the clouds to avoid the weather below it.

As mentioned earlier, except in rare circumstances a pilot that encounters precipitation should remember there is warmer air that initiated the precipitation.

At the first sign of ice, do something. Climbing is often your best bet since you might not be able to regain altitude if you descend. Better yet is to make a gentle 180-degree turn and retreat. ... try to stay ­several thousand feet below or above it, or clear of clouds. Flying Magazine

Not the answer you're looking for? Browse other questions tagged general-aviation pilot-technique icing or ask your own question.

20
What is the difference between Best Rate of Climb and Maximum Rate of Climb?
5
Are aircraft with counter-rotating props or Down Between Engines less likely to develop asymmetric icing?
7
What constitute “known icing conditions” and when can you fly VFR while they exist?
8
What methods exist to detect airframe icing, and how do they work?
4
How can I avoid downdrafts and icing when crossing the Alps in a small airplane?
3
What is the risk of icing with water / moisture on wings prior to takeoff?
7
When and how do I align with the runway during an offset ILS approach?
3
What was wrong with my answers to how to deal with low volt annunciator, and icing, both in IMC/IFR?