Why does Turkish Airlines avoid Israel when going to Amman, but not on the return leg? 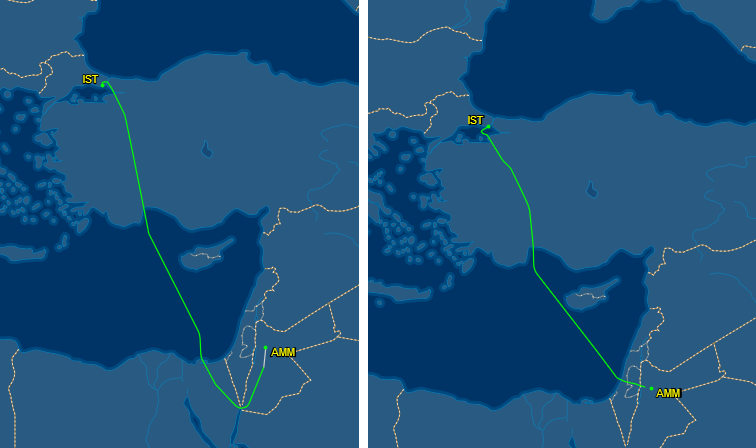 Last week I was browsing Flight Aware when I came across a Turkish Airlines flight from Istanbul (Turkey) to Amman (Jordan). I noticed that the flight path clearly makes an effort to avoid Israeli airspace. My instinct was that Turkish airlines had some diplomatic issues with Israel and had to avoid their airspace.

Today I came across this post asking what the busiest Turkish Airlines route is, and turns out that the answer is Istanbul to Tel Aviv (Israel). That made me curious about my initial finding. I posted this as a comment on that thread and fellow user @MichaelSeifert pointed out that the return flight, THY813, flies right over Israel.

This leads me to believe that there are some restrictions on flights entering Jordan. Does anyone know anything about this issue or have other similar examples?

There are no issues overflying Israel to Jordan:

Prior permission is not required for commercial scheduled flights by aircraft registered in countries that are parties to the International Air Services Transit Agreement (IASTA) or where the relevant Israeli bilateral Air Services Agreement allows overflying the State of Israel or making stops for non- traffic purposes. 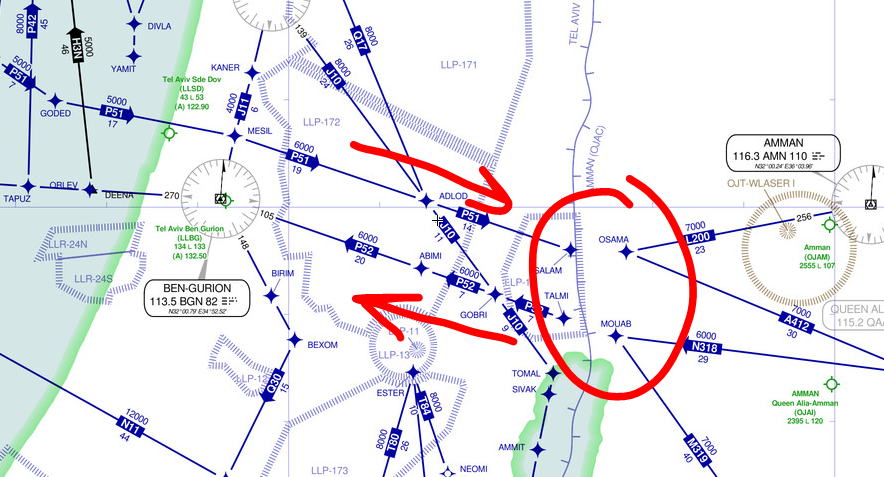 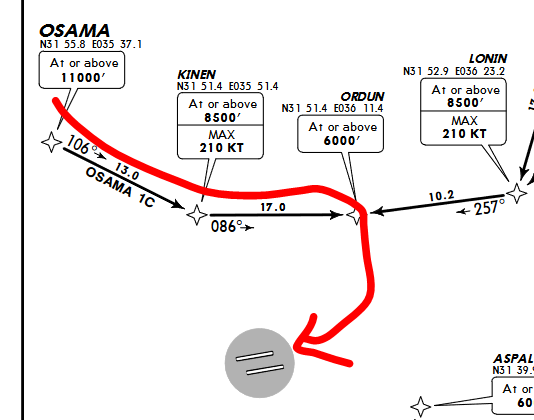 What all that hints at, is that the reason is in the fine print of the non-publicly-available air service agreement between the nations and carriers involved.

Note: the site that hosts the eAIP of Jordan is not loading, so I couldn't check the Jordanian side.

Also, it's not a diplomatic thing: Pegasus Airlines 1710 (Turkish) and Royal Wings 6558 (Jordanian) when flying from Turkey to Amman, overfly Israel (shown below). 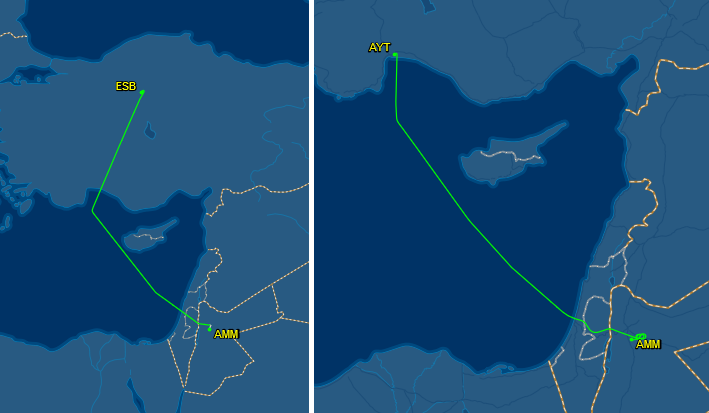 I am not sure anybody but Turkish Airline's dispatcher can give the exact reason, but there is a couple of possible reasons that have nothing to do with politics or safety:

1
What is the busiest route of Turkish Airlines in 2017?

19
Why 1st and 2nd class but not fast or slow airplanes?
3
Why is the flight path from Taipei to Tianjin not a straight line?
9
Why should AKE LD3s not be used in the A380?
4
Why does Turkish airlines still fly over Iraq, is it safe?
0
Why do airlines not use direct routes?
5
Why do airlines require passengers to return to their allocated seats for landing?
30
Why would the Pakistan airspace closure cancel flights not headed to Pakistan itself?
22
Why does the headset man not get on the tractor?