What are the benefits of using thick trailing edge flaps?

My main question is about the aerodynamic aspect: Why do the flaps have to be made thicker? 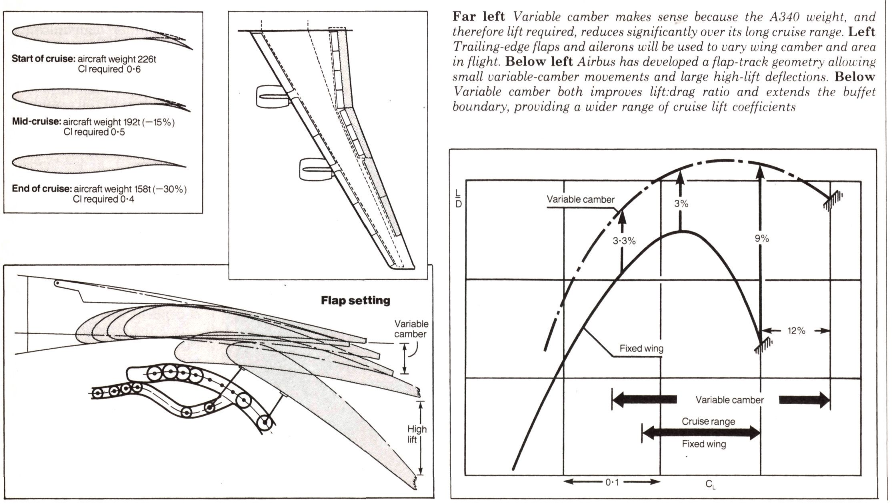 The best flaps (aerodynamically, as you ask) will be complicated and elaborate. But complicated flaps add weight and maintenance cost. Airbus wanted to have a variable camber wing for the A340 (Flight), but they didn't pursue it to the end, due to the complexity.

As for the aerodynamic benefits of simple flaps, there aren't any, as the other post shows: slower MMO and smaller MTOW.

The simple flaps are thicker because:

Not the answer you're looking for? Browse other questions tagged aerodynamics airbus flaps or ask your own question.