Now even handheld aviation radios have GPS, VOR and ILS! I wonder why modern LCD screens with radios and navigation doesn't have TACAN? Is it coded, not useful, not certified or not used anymore? I don't think there is a problem to implement the electronics nowadays.

Civilian aircraft can use part of TACAN, the Distance Measuring Equipment (DME) signal is the same as civilian DME. As for the directional component one big reason is that the military don't want you to.

Even if the military didn't mind there would likely be no demand as the costs of using TACANs outweigh the benefits. TACAN is essentially a more accurate version of VOR, and although the complexity and weight of the system has reduced the antenna is still apparently 100 pounds (45kg). For light aircraft that's a fair chunk of useful weight taken off. Cost-wise a VOR setup will set you back somewhere around \$6000 just for the equipment, call it closer to $8000 installed (roughly). A TACAN is a more sophisticated system which would cost a great deal more, say finger in the air of \$20,000, maybe more. TACAN antennas would need to be certified for every single airplane model, and that's going to add to the costs.

So for a light aircraft I'm going to lose usable weight to an antenna that is also going to throw off my weight and balance, and that's going to cost me at least \$20k when all the equipment, installation and recertification costs are factored in. That's big cash when I already have VOR, ILS, DME, NDB and 3+ satellite navigation systems already available. Oh, and I can also call up ATC most places and say 'help!' if it all goes wrong. There's just no benefit. My phone can tell me where I am if every system on the airplane fails as it has a built in GPS!

For commercial large airplanes it's the same situation. In addition to all the above most will have redundant inertial navigation systems, so even less need for it.

TACAN is often collocated with a VOR, so that civil aviation can use the DME, and military can use the VOR. The resulting equipment is named VORTAC. The TACAN can be down for maintenance or tactical imperatives.

Today the advantage is for UHF, with equipment being more compact and allowing better performance.

The divergence between VOR-DME and TACAN results from some competition between civil and NATO authorities at the time the TACAN was designed:

A TACAN ground beacon is compact, it can be easily installed on ships, high altitude sites, and temporary landing sites. VOR-DME cannot do that due to the large radius of the antenna phased array (at least today with Doppler VOR). 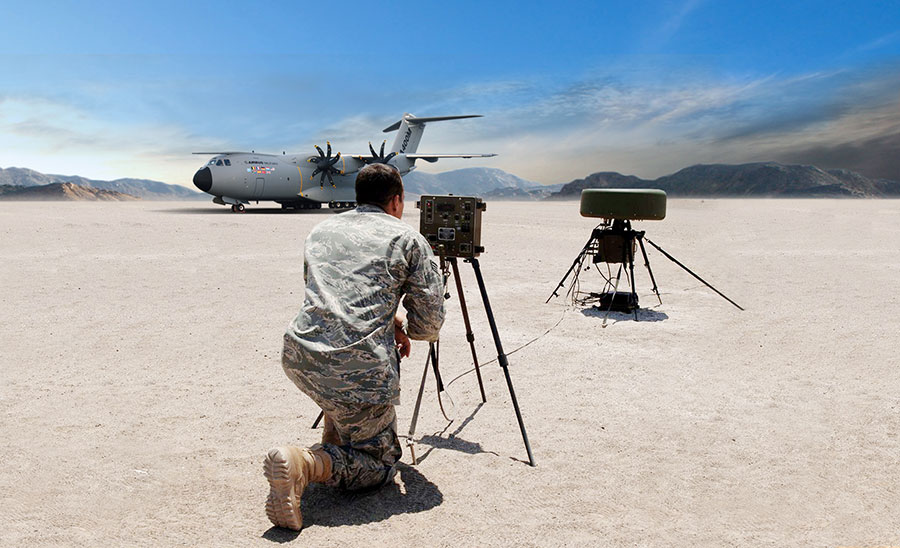 On the image above, the low white antennas are the VOR circular phased array and the white cylinder at the top is the TACAN radome with the DME aerial at the top).

Airborne equipments are similar for VOR and TACAN, except an aircraft with both VOR and DME needs two set of antennas and two radio equipment, one for VHF, one for UHF: 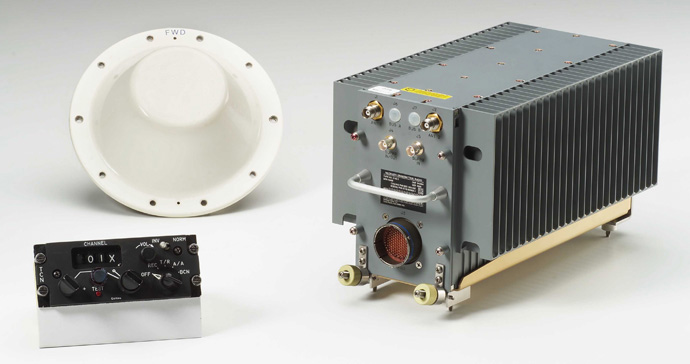 TCN-550 complete airborne equipment to use a TACAN ground station, from Rockwell Collins

Differences between VOR-DME and TACAN

Clearly both systems could be used by civilians and military, with some limitations for one user or the other:

Not the answer you're looking for? Browse other questions tagged avionics radio-navigation or ask your own question.

18
How does TACAN work?
4
Is it legal to install a TACAN receiver on a civilian aircraft?