How strong would a servo motor need to be to power the control surfaces of a fixed wing ultralight aircraft?

The video above shows a good example of how one is controlled with wires or with metal fulcrums/levers, but I am interested if they can be controlled electronically.

I saw the other post that talked about a wireless fly-by-wire system and they said it could be unreliable, but that's not exactly what I'm wondering. I want to know how I can get the supplies to do it and look at the options.

How strong do the servos need to be for such an application? Obviously the rudder, elevators and ailerons will be light, but not as light as an RC plane's, so I can't use servos from a local hobby shop.

First I'd like to say you are thinking outside the box, not a bad thing...

Next comes in a question of failure modes. If your elevator servo fails, what do you do? What about your electrical system? Dead battery? These FBW systems work on large aircraft because they have multiple redundancies (including traditional cable controls). You won't have the space or weight budget to do that.

It just comes down to trying to shove a complicated system into an uncomplicated aircraft.

And for a little note about "large scale" FBW systems. Usually these systems use hydraulic servo valves, which means that the aircraft includes a hydraulic system (or 3), which are electrically or cable actuated. These can provide sufficient force (along with heavy counterweights) to move the control surfaces. The servo's that you would need would not be available in electrical form since they would need to be powerful, long stroke, and fast. There are servo's that are used in some aircraft for things like flaps, but they are not fast.

DC servo's would be best because they can be operated directly from a battery. The higher the DC voltage you can supply the better: 24 VDC is preferable over 12 VDC because of the greater power loading and higher deflection velocity you can obtain.

The servo's would be dimensioned for torque: they need to overcome the hinge moments of the primary flight controls. These are functions of your airspeed, the control surface area, and the position of the hinge relative to the surface chord. For a static elevator deflection for instance: 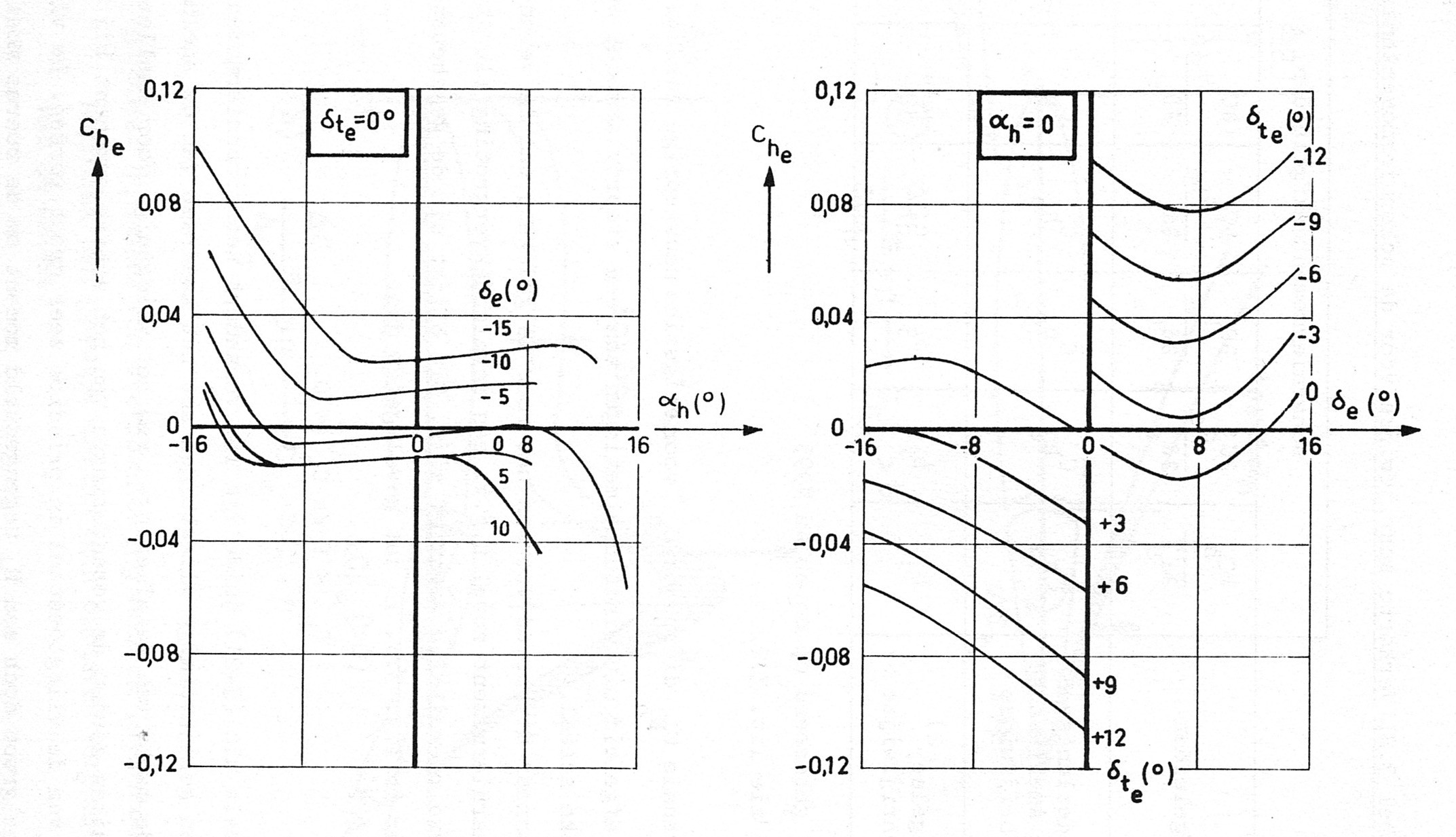 The surfaces will need to be able to withstand the aerodynamic hinge moment at highest aircraft Angle of Attack, then be able to reach the opposite deflection stop in about 1 second. So the specs of the servo's are:

Please make sure that you have a backup means of aircraft controllability for when the battery fails! Because flight control is vital for survival, the failure considerations are more important than the servo dimensioning:

As I understand now, the aircrat will be unmanned during the testing phase. That makes a huge difference: failure mode analysis considers both the chance of a failure, and the consequences. Getting gravely injured because of a flat battery would not be good.

Where to get things is nowadays: the internet. This company makes DC servo's and controllers and sells them on line. Their largest brush type DC servo is about 0.12 Nm, brushless types are smaller and lighter and can be delivered in higher torque values. The torque value from my example is only an example.

It will be possible to use ailerons, use one motor per, and synchronise them. If you would control by rudder and elevator only, you would lean over the wrong way in turns and manoeuvrability would be severely restricted. RC planes have ailerons.

Not the answer you're looking for? Browse other questions tagged aircraft-design flight-controls control-surfaces radio ultralight or ask your own question.

16
Would a wireless fly by wire system be practical?
26
What is the reasoning behind using depleted uranium as counterweights in the 747?
1
Where is the aerodynamic center for an A320?

17
How strong is the A380 fuselage-wing joint?
12
How do the Airbus Beluga's wing/control surfaces deal with its high center of gravity?
6
How does stall risk in paramotors differ from that of conventional fixed-wing aircraft?
2
Would there be any further restrictions on the Zapata Flyboard Air than current FAA regulations for ultralight aircraft?
2
How is the airfoil of a fixed wing ultralight constructed?
0
How are the wing control surfaces configured for takeoff?
0
How does the propeller position affect the effectiveness of control surfaces?
3
For slow-flying ultralights, how would a delta wing compare to a biplane layout of equal wing area?
5
How to calculate the power required during transition from VTOL to fixed wing?
4
Does a tandem ultralight need flaps on the rear wing if the front wing has flaps?